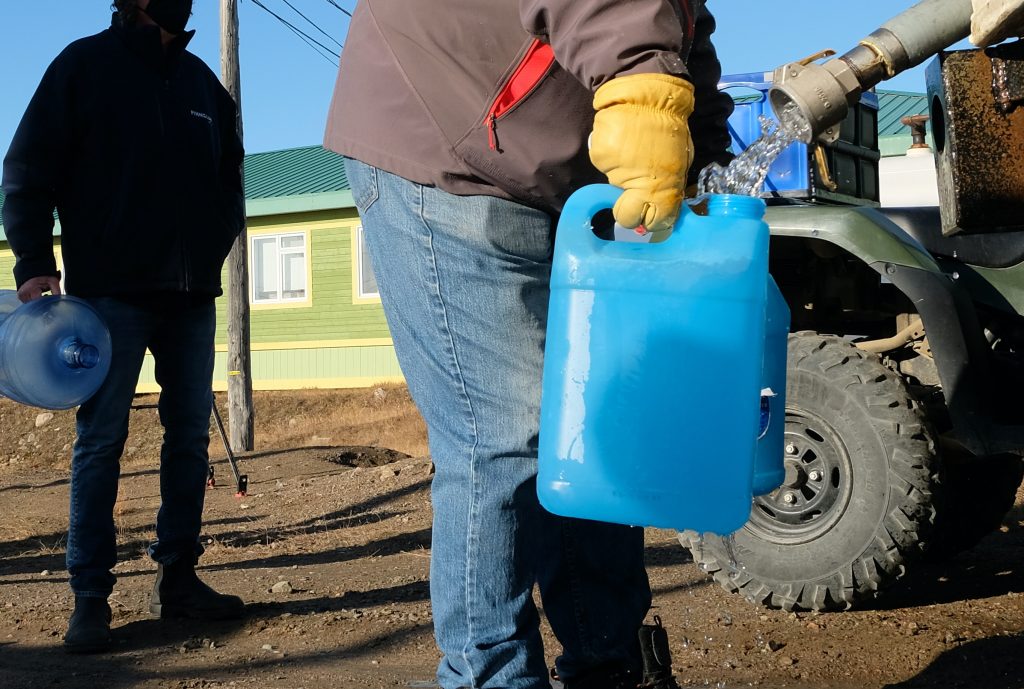 An Iqaluit resident fills a water jug at a filling station in October. The city’s water emergency has entered its second month. (File photo by Mélanie Ritchot)

As Iqaluit’s water emergency enters its second month, Mayor Kenny Bell has called a special council meeting for Monday to “release a timeline of events and test results on the water situation to the public.”

The timeline will start with the first complaint the city received about the smell of fuel in the city’s tap water and explain the city’s plan moving forward, Bell told Nunatsiaq News.

Although city staff started hearing complaints about the smell on Oct. 2, it wasn’t until Oct. 12 that council declared a local state of emergency and Nunavut’s Health Department imposed a “do-not-consume” order on water from the municipal system.

Since then, Iqaluit’s 8,300 residents have been forced to buy bottled water, turn to city-run filling stations or draw their own water from the Sylvia Grinnell River.

Both the city and GN extended those state of emergency declarations on Tuesday.

The Government of Nunavut has assigned a third party to review the city’s report. The third party will also do a site investigation of the water treatment plant, where it is now believed a historic diesel fuel leak infiltrated a water tank, as well as a risk assessment.

“Once complete, the [chief public health officer] will be able to determine if the do-not-consume order can be lifted or should remain in place until additional issues are addressed,” Elgersma told council.

Ultimately, it’s up to Nunavut’s Health Department to lift the do-not-consume order it imposed on Iqaluit’s municipal drinking water on Oct. 12.

The Canadian Armed Forces is scheduled to operate the water purification system it set up on the bank of the Sylvia Grinnell River until Nov. 17, but has a contingency plan to extend that operation for another two weeks.