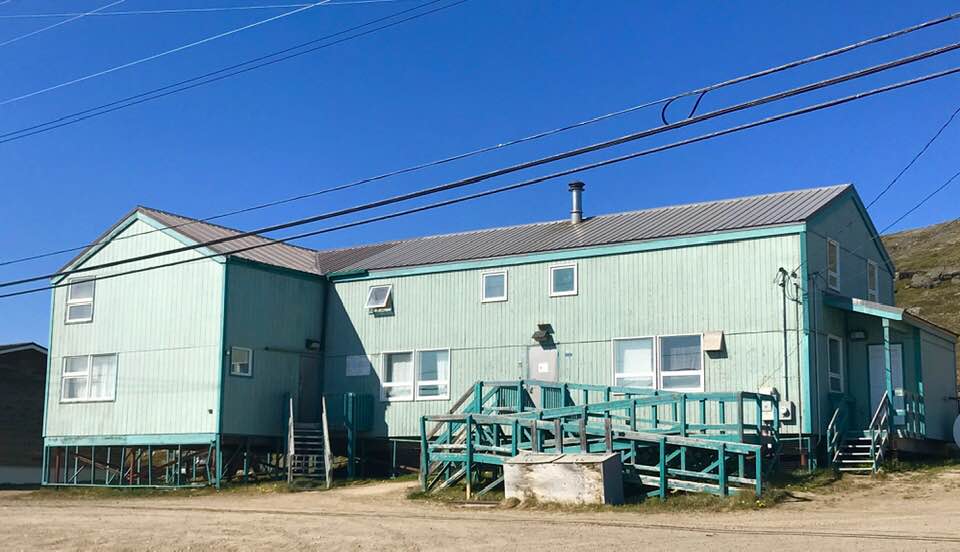 Iqaluit’s only damp shelter, located at building 534 on Apex Road, will close temporarily as of July 1, says the Government of Nunavut. (Photo by Emma Tranter)

Iqaluit’s only damp shelter will temporarily close its doors on July 1, says the Government of Nunavut.

“The department is working to establish and develop a long-term and stable damp shelter program. This includes exploring the feasibility of ongoing funding for the damp shelter and supporting non-profits to strengthen their governance structures to deliver these community-based programs,” a Department of Family Services spokesperson said in an email to Nunatsiaq News.

The shelter, located at building 534 on Apex Road, first opened in January of this year as a pilot project, through Nunavut’s Department of Family Services.

The project was originally scheduled to run until March 31 but was given a three-month extension.

“For now, the damp shelter will remain empty. The damp shelter does require renovations for it to be fully operational. Access was granted to this space under specific operating procedures in light of the emergency winter conditions,” the spokesperson said.

The department contracted the Inukshuk Guardian Society, a community group that works to help those facing homelessness in Iqaluit, to operate the shelter.

At an Iqaluit city council meeting held on June 25, Coun. Kyle Sheppard read a statement calling on the GN to find emergency funds to keep the shelter open.

“It has saved lives. It has helped the other shelters by keeping staff and clients safe. It has reduced the number of people in RCMP cells,” he said.

“The Department of Family Services has exhausted its available budget. No other Government of Nunavut department has come forward with any funding for this badly needed service.”

He added that while the city is working to secure funding to hold a feasibility study and making lobbying efforts to keep the shelter open, operating the shelter lies within the GN’s responsibilities.

“The facility serves members of a wide range of Nunavut communities, many of whom are in Iqaluit solely to seek other GN services, such as health care,” he said.

Sheppard said while the shelter is referred to as damp, fewer than half of its clients are intoxicated. And over half of its users are not residents of Iqaluit.

Sheppard said he and the rest of council are still working with the GN to find a way to keep the shelter open.

The GN says it receives only limited funding from the federal government for homelessness in Iqaluit, and even less for other communities.

“Currently, the federal government invests only $1.5 million annually for homelessness initiatives in the City of Iqaluit. A small amount is available for projects elsewhere in the territory,” the spokesperson said.

Throughout the pilot project period, the Inukshuk Guardian Society conducted interviews with the shelter’s clients to assess needs and the overall impact of the shelter on the community.

“Certain individuals accessing the shelter have indicated they are using the shelter as an alternative to consuming alcohol in unsafe situations… Most importantly, the statistics demonstrate the shelter’s value in supporting those most at-risk, who struggle to find supports and services elsewhere,” Family Services Minister Elisapee Sheutiapik said in the legislature on May 28.

As of May 5, 182 individuals had used the shelter at least once, the majority of them men, Sheutiapik said.