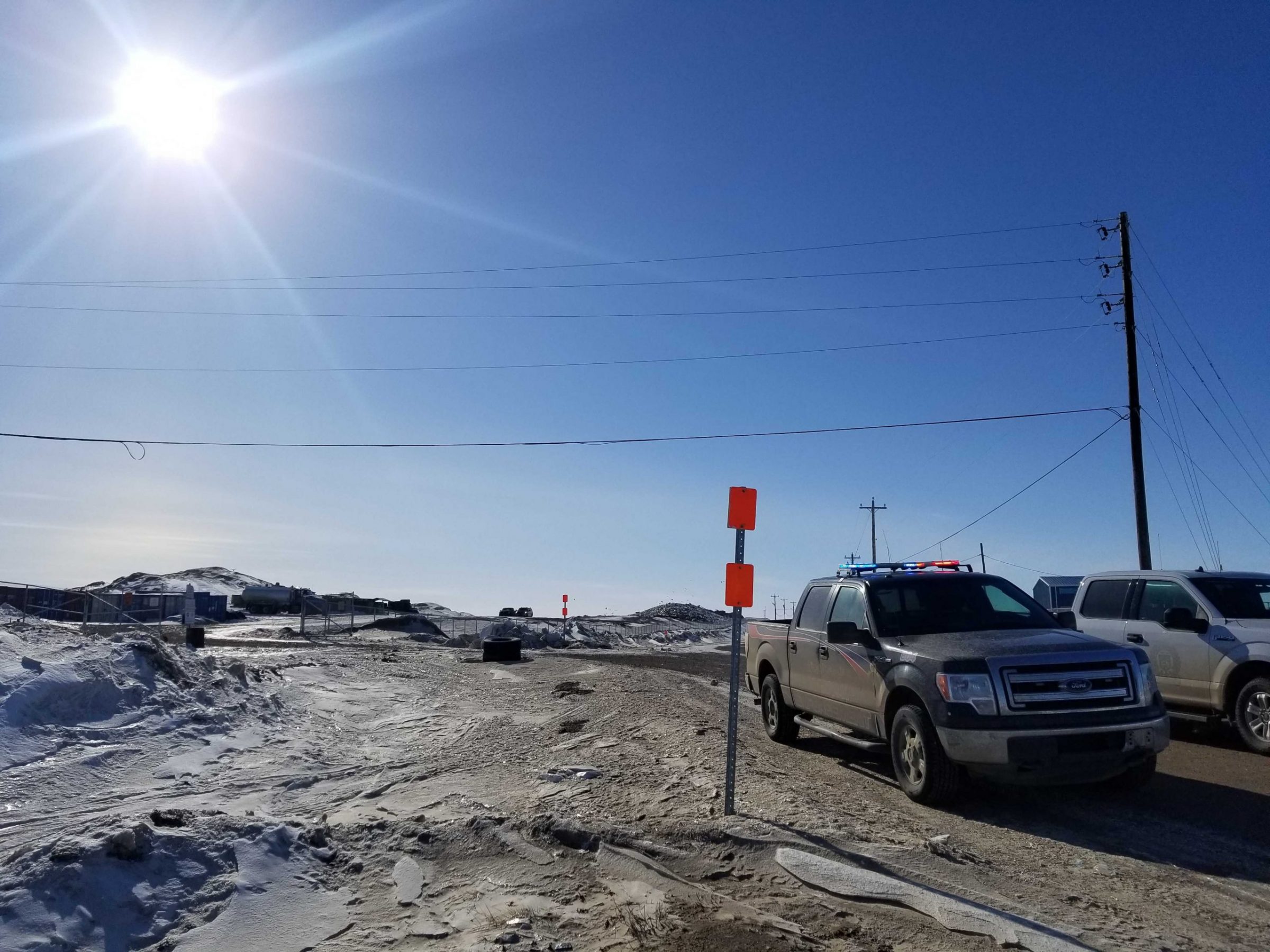 City crews block the road to Iqaluit’s dump as firefighters fight a fire there last month in this file photo. (Photo by David Venn)

It took 10 hours, but Iqaluit firefighters extinguished a blaze at the city’s dump Wednesday.

Emergency services were alerted to the fire at 2:03 a.m. Nine firefighters and seven city staff members responded, and the airport provided a mobile command post for the team to stay warm, city spokesperson Aleksey Cameron said in an email.

At one point, an excavator was “working to expose and allow access to a significant hotspot,” Cameron said of the difficult-to-fight fire.

Firefighters were able to put out the fire by around noon, the city reported in a release.

At one point, residents who rely on trucked water services were asked to conserve water after delivery was cancelled due to resources being used to fight the fire.

The city said water delivery will resume Thursday and the landfill will be open. No injuries were reported. The cause is still under investigation, the city’s release said.