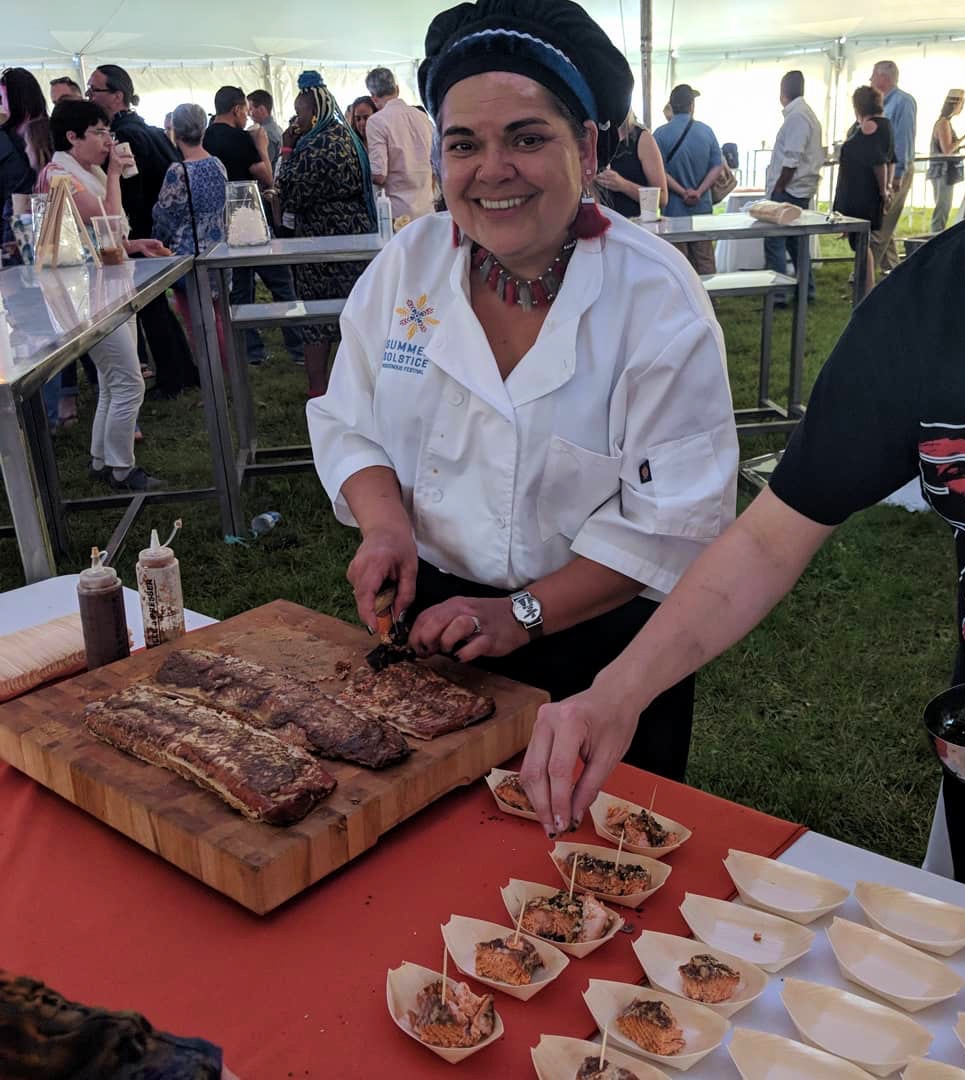 Iqaluit’s Qajuqturvik Community Food Centre is expanding its services by bringing a familiar face up to fill a brand new role.

Trudy Metcalfe-Coe, an Inuk chef from Nain, will start as the centre’s peer advocate as soon as she finishes two weeks of isolation in Ottawa.

Metcalfe-Coe has lived in Ottawa for years, but has spent time in Iqaluit, most recently working as a community chef at the food centre.

It will be strange for her to be at the food centre in a different role. “I hope I get to cook the odd time,” she said. “That will be tough.”

The peer advocate position is a Community Food Centres Canada initiative, and it’s a one-year position.

A peer advocate is someone who has lived experience of the people they’re helping. Her role will include helping people who come into Iqaluit’s food centre by showing them how to apply for housing, or how to switch from the Canada Emergency Response Benefit to income assistance, or how to find supports for their addictions, for example.

“It’s being a voice for people who don’t have a voice, for various reasons,” Metcalfe-Coe said.

Finally, Metcalfe-Coe will train others to be peer advocates, to work in the role as volunteers, and eventually as paid employees.

Wade Thorhaug, the executive director of Qajuqturvik, said that the food centre has been trying to fill this position for a long time.

“We’re really happy to have peer advocacy programming at the centre,” he said.

Thorhaug tried to fill the position locally with someone who can speak Inuktut. He even went as far as interviewing candidates and offering them a contract, he said, but it never worked out in the end.

Metcalfe-Coe is a chef, but she’s also worked as an advocate for Inuit in Ottawa since 1997, she said—“pretty much my whole adult life.”

Metcalfe-Coe is continually drawn to Iqaluit because of the people, she said. However, this time around it’s bittersweet for her to be leaving her family—husband, daughters and grandchildren—for a year during uncertain times.

“It’s a little bit heart-wrenching,” she said, “but I also feel inside that I want to do that peer advocacy position.”

Metcalfe-Coe started her two weeks of isolation at a hotel in Ottawa on Monday.