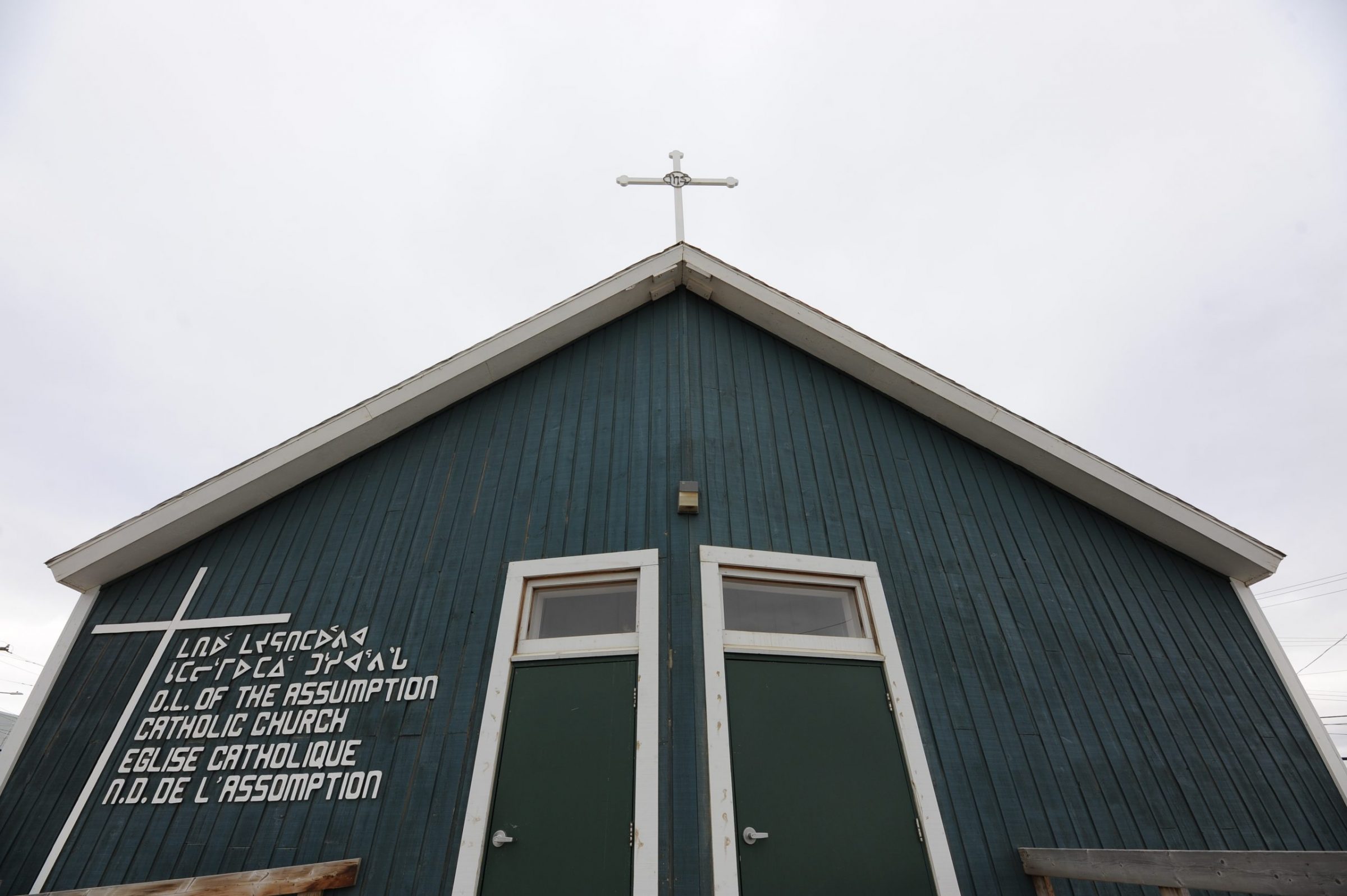 Iqaluit Mayor Kenny Bell says he is going to table a motion to tax churches in Iqaluit at the next city council meeting on July 13. (Photo by David Venn)

Iqaluit’s mayor says churches should be taxed and he will bring forward a motion to make them pay municipal property taxes at the next city council meeting, scheduled for July 13.

Mayor Kenny Bell tweeted he would move to amend the city’s exemption from property taxation bylaw shortly after news broke on June 24 that remains of 751 bodies, many of which are believed to be former students, had been located in unmarked graves at the former Marieval Indian Residential school, which is about 160 kilometres east of Regina, Sask.

“We’re not retaliating against them; they literally killed thousands of children,” he said in an interview with Nunatsiaq News.

There are 16 groups that are exempt from paying property taxes under the city’s bylaw. Churches and religious groups make up half of them.

Bell says the law should be reserved for groups that provide value to the city.

“Tax exemptions, as a whole, are supposed to be for groups that do the community good. It’s very clear that the Catholic church hasn’t done the community any good.”

He said he wants to send a message to the Catholic church that people want it to release documents about the history of residential schools and to make apologies, and that this is the only way for the city to put pressure on the church.

“Other than [removing the tax exemption], there’s no [recourse] to deal with them,” he said.

But Bell is not just eyeing the Catholic church. He told Nunatsiaq News he intends for his motion to target all of the city’s churches.

“I’m not trying to pick on any one person,” he said.

Representatives for Saint Jude’s Anglican Cathedral and the Pentecostal Church did not respond to requests for comment.

In a written statement, Rev. Daniel Perreault, a priest at the Iqaluit Roman Catholic Church said his church “stands in solidarity with the Native peoples of Canada,” but “it is sad that the mayor of our community chooses to target the churches of Iqaluit by proposing to cancel the property tax exemption provisions.”

Perreault said the Iqaluit Catholic church is a community group that can’t control whether Pope Francis apologizes for the church’s involvement in residential schools.

“Placing an additional financial burden on the parish does not harm the Canadian or world-wide Catholic church, which is not responsible for our financial viability,” Perreault said. “It rather limits our ability to help our fellow Iqalummiut.”

Plus, he said the diocese responsible for the Iqaluit Catholic church was the first in Canada to apologize to residential school survivors in 1996, and again in 2014.

The church will join the rest of the community in looking “for the whole truth” about residential schools, he said.

In December, Indigenous leaders are scheduled to meet with Pope Francis at the Vatican.

The Canadian Conference of Catholic Bishops said in a June 29 statement that the Pope is “deeply committed to hearing directly from Indigenous Peoples, expressing his heartfelt closeness, addressing the impact of colonization and the role of the church in the residential school system.”

Perreault said he is hoping for a positive meeting.