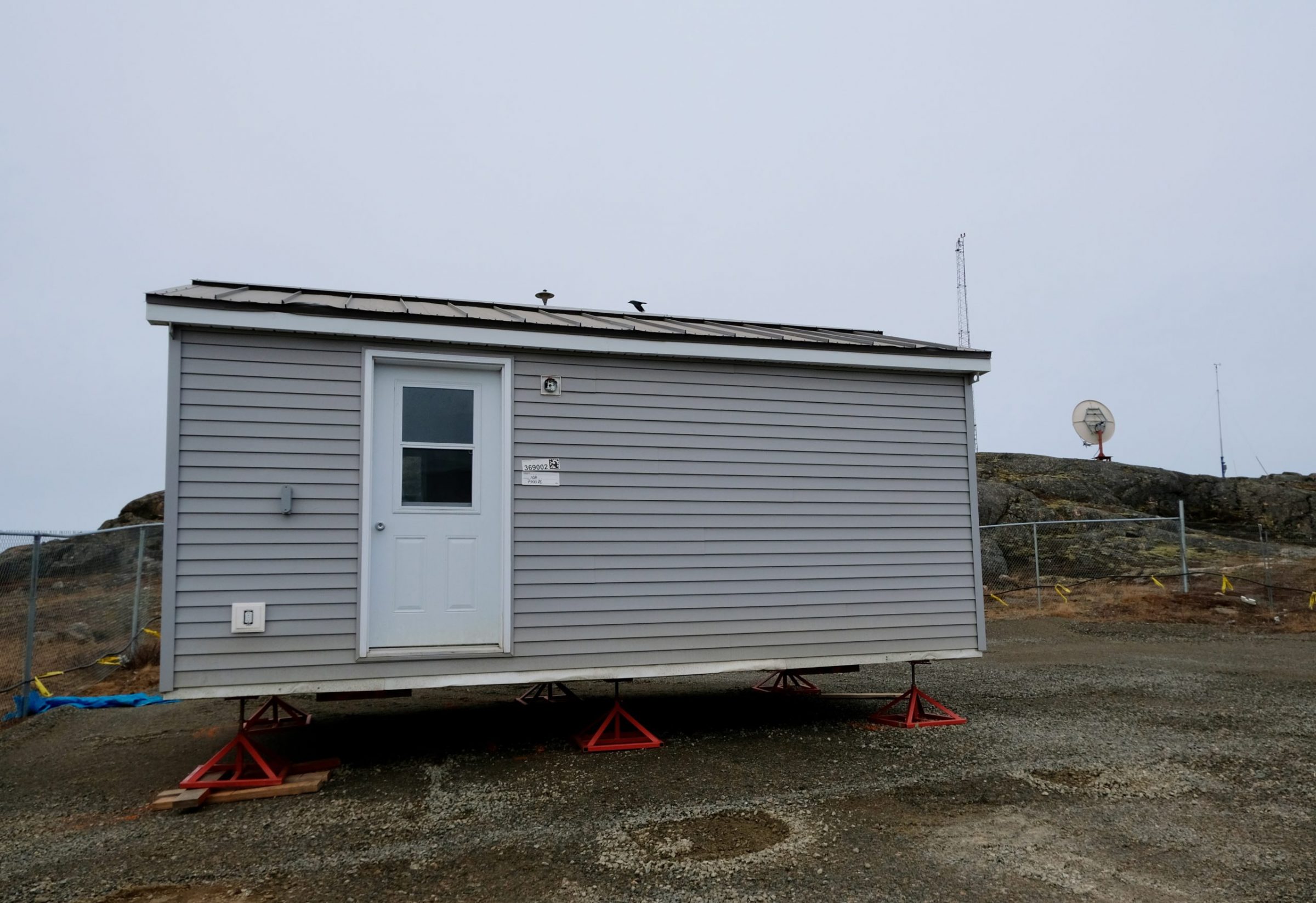 Iqaluit has a new weather station onsite, after the old building burned down in April. RCMP say the cause of the fire was not suspicious. (Photo by Mélanie Ritchot)

A new weather station is set to open in Iqaluit in the new year, after the old building burned down in April.

The fire suspended Environment and Climate Change Canada’s upper air operations in Iqaluit, with all equipment like computers, weather balloons and antennas inside the building having been destroyed.

A replacement building arrived in mid-September and is expected to be functional in January, said Samantha Bayard, a spokesperson for Environment and Climate Change Canada.

The regular twice-daily weather balloon launches were suspended for about a month, she said.

With a temporary move to a small nearby building, staff were able to start launching the weather-monitoring balloons again in May.

The balloons are filled with helium or hydrogen and carry a monitoring device to track the temperature, humidity, pressure and wind in the atmosphere above Iqaluit.

The data they collect is transmitted in real-time and is mostly used to make global-scale models of the atmosphere.

This means the fire didn’t have a big impact on Iqaluit’s weather forecasts since those are based on data taken at the airport, other weather stations across the territory and Canada and satellite information, Bayard said.

“The quality of the weather forecasts for Iqaluit and Nunavut were not believed to be impacted by the temporary loss of data,” she said.

Meteorologists in Edmonton and Winnipeg prepare the weather forecasts for Iqaluit.

An investigation into the fire concluded it to be not suspicious, with no evidence suggesting it was caused by arson, Cpl. Pauline Melanson, an RCMP spokesperson said in an email.