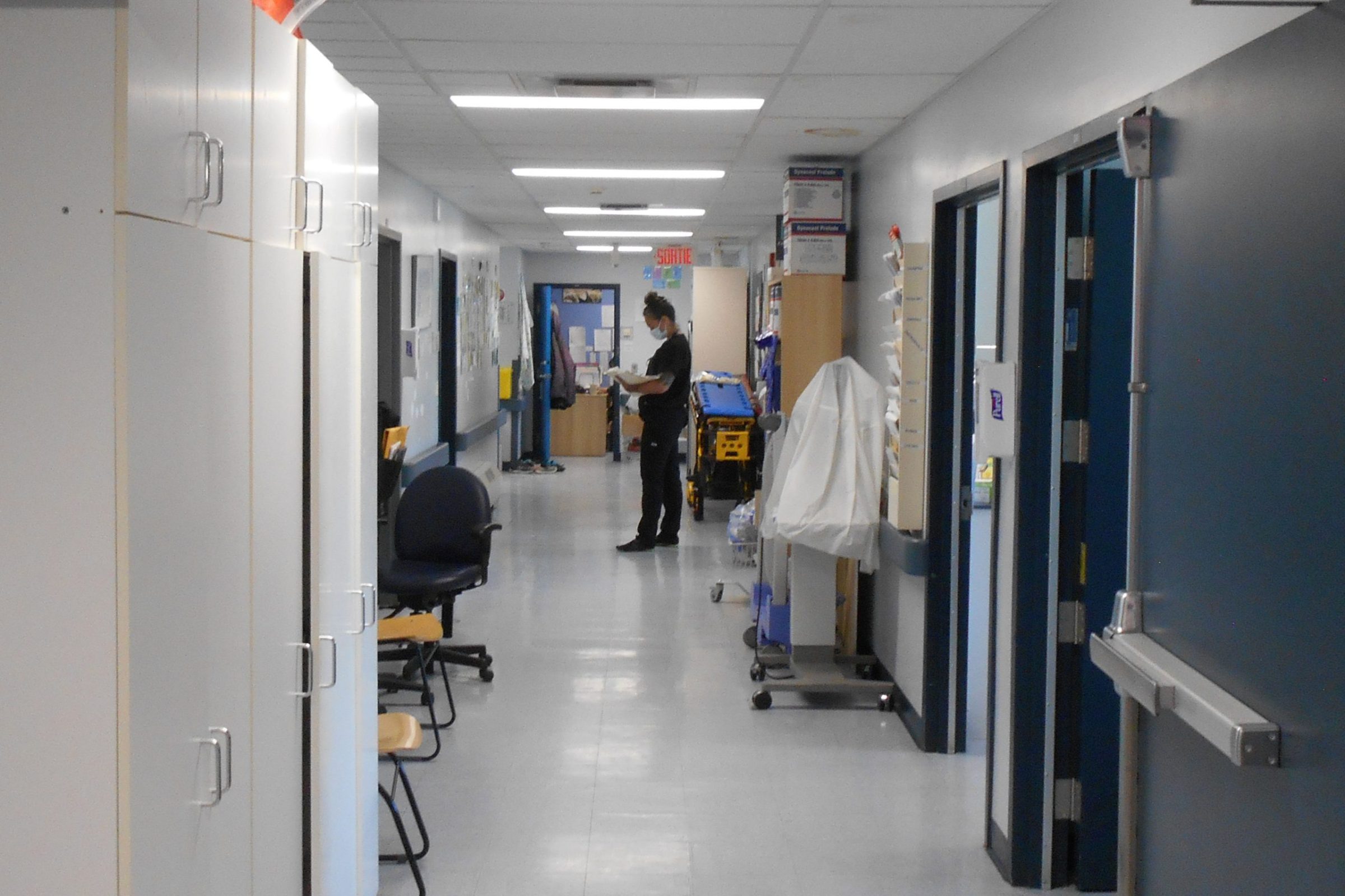 A nurse is seen here working at the health centre in Salluit on the Husdon Bay coast of Nunavik. (Photo courtesy of Cyril Gabreau)

The Quebec Liberal Party’s candidate for Ungava is accusing the province’s ruling Coalition Avenir Québec government of playing politics with Nunavik’s health-care crisis by waiting until right before the Oct. 3 election to take action.

Health centres in Nunavik, especially on the Hudson Bay coast, are facing major staffing shortages. Clinics in some communities are shutting down for brief periods due to a lack of available workers, and last month the head of Nunavik’s nurses union said they are feeling burnt out from working long hours.

“If you have a health concern or you’re injured, and you’re not able to get the service because of a lack of staff … it’s a question of life and death.”

Napartuk, a former mayor of Kuujjuaq who still lives in the community, said the CAQ government has known about Nunavik’s health-care staffing issues since taking office in 2018, but has not acted.

A lack of action has only made the problems worse, and anything that happens between now and election day is “too little, too late,” he said.

Napartuk said a recent visit by Quebec Health Minister Christian Dubé was all about saving the CAQ’s reputation in the region less than two months before an election.

“The CAQ government and its minister of health is only now visiting at this time, this visit should have happened within weeks of when the government was formed four years ago,” Napartuk said.

Dubé was in Nunavik on Aug. 12 to meet with health-care workers and leaders.

“This worrying situation is at the heart of our priorities at the moment,” Dubé said in a French language news release, sent to Nunatsiaq News on Monday.

“I reiterate that we acted quickly to mobilize our teams and establish support, but the fact remains that the communities are currently greatly affected, and that we must continue the work in the medium and long term so that access to health services be greatly improved.”

When asked about Napartuk’s claim Dubé’s visit to the region was to make an impression before the election, Health Ministry communications director Marjaurie Côté-Boileau said in French the CAQ government took steps to improve access to health services for Indigenous people through training of health professionals and providing staff to help navigate services.

She confirmed last Friday was Dubé’s first visit as health minister to the region.

Before the pandemic, the minister for senior citizens went to the region to find out what the situation was like and to develop care plans for the elderly, she added.

Some solutions have been put in place to support overworked health-care staff on the Hudson Bay coast, according to Cyril Gabreau, president of the Hudson Bay Nurses and Healthcare Professionals Northern Union.

Last week, a team of paramedics arrived in the region to begin support work. Temporary staff have also been flown in for work, for a few days at a time.

Ungava’s CAQ MNA, Denis Lamothe, said in an email that work has been done to create hiring and retention bonuses as well as incentives for health-care workers who take jobs in Nunavik.

He highlighted the offer of a $5,000 lump-sum payment upon hiring, a $10,000 bonus after a year of work and $12,000 after two years, as well as references, scholarships and travel benefits.

Lamothe also said an agreement is in the works to send Red Cross workers to help relieve pressure at some of the strained health-care centres.

“We are aware of the extent of the difficulties of the Nunavik health network,” he wrote in French.

“We are continuing our efforts, in collaboration with local and regional authorities, to ensure that the population of Nunavik receives quality health care and social services.”

In an email sent to Nunatsiaq News on Monday, Kathleen Poulin, a spokesperson for the Nunavik Regional Board of Health and Social Services, offered a hopeful tone about Dubé’s visit and the region’s request for more health-care support.

“The health-care system of Nunavik has its particularities, as the reality here is different from the rest of the province,” Poulin said.

“We are confident that Mr. Dubé’s visit will clarify the state of the situation and why requests were placed to the ministry and help unblock organizational obstacles.”