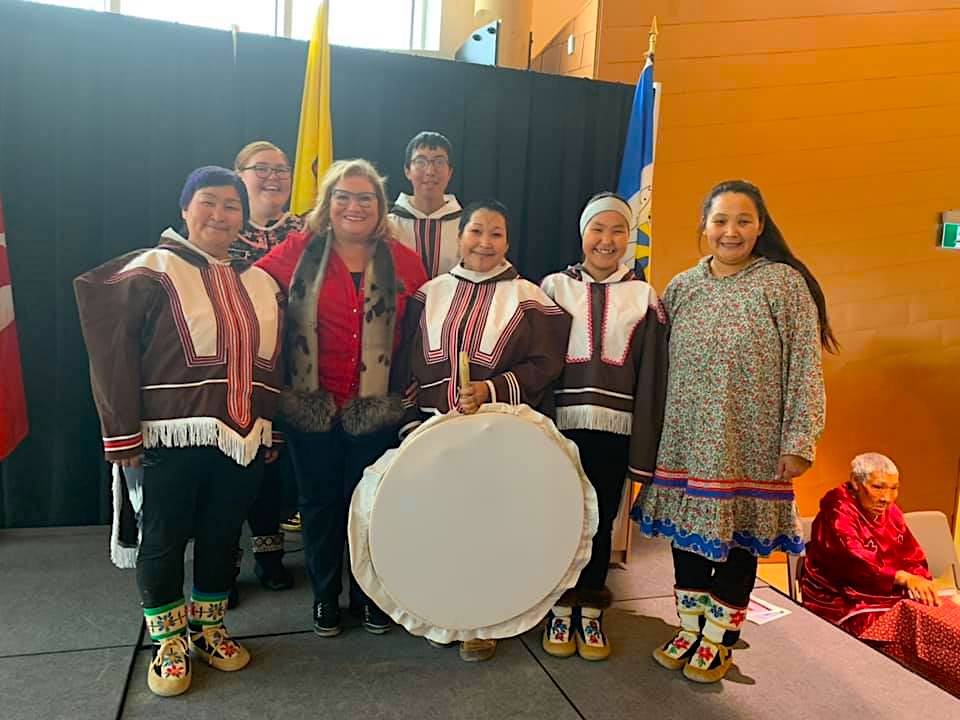 Yvonne Jones, parliamentary secretary to the minister of intergovernmental and northern affairs and internal trade, stands with a group of Inuinnait drummers and dancers in the Canadian High Arctic Research Station in Cambridge Bay, which she helped officially open yesterday, Aug. 21. “The Canadian High Arctic Research Station provides scientists from across Canada and around the world with a world-class Arctic research facility to conduct cutting edge Arctic research year-round in Canada’s Arctic, in collaboration with local Indigenous people. The Government of Canada is committed to supporting the work of our outstanding scientists and researchers in all fields,” was her message to the gathering. Celebrations continue today at the facility. Read more later on Nunatsiaq.com. (Photo courtesy of Mayor Pamela Gross)