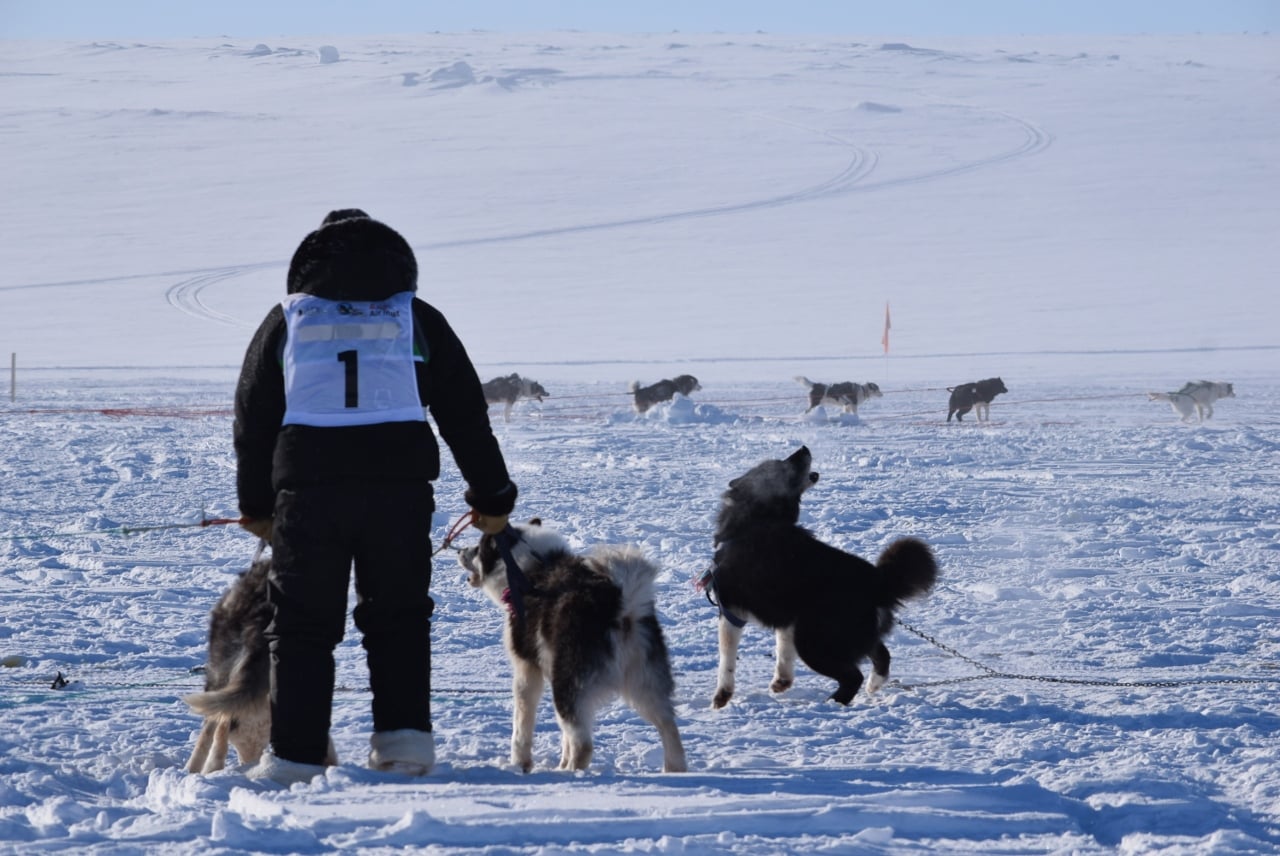 An Ivakkak musher tends to his dog team on a break from the race last week between Salluit and Ivujivik. (Photo courtesy of Ivakkak/Makivik Corp.)

Soft snow and sore dog paws have forced Ivakkak dog teams to take a break mid-race, while prompting some teams to withdraw from the annual event.

But soft snow has slowed teams significantly and forced racers to take a break at Kuuvik, a camp along the Hudson coast between Ivujivik and Akulivik.

“The soft snow, in particular, has been hard on the dog’s paws, causing some of the teams to no longer want to run,” Ivakkak organizers said in a Mar. 3 social media post.

“In addition to this, we now have high winds forecasted to begin tonight with blizzard conditions that are going to continue for the next few days. At this time it will be best for the teams to remain where they are and wait out the upcoming storm.”

Environment Canada has also issued blizzard warnings for the area along eastern Hudson Bay between now and Saturday.

Race conditions have already prompted three teams to withdraw from the event.