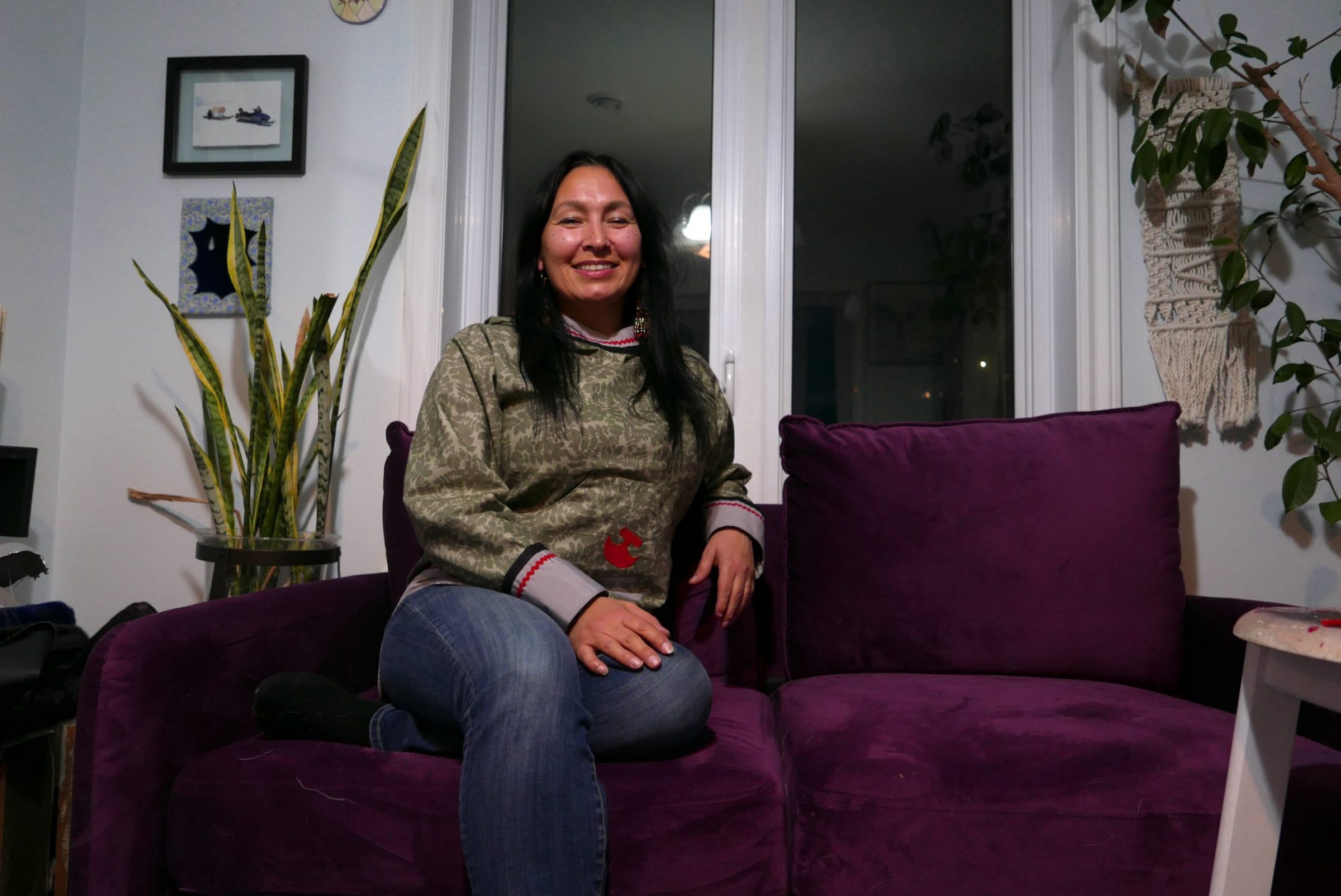 Janet Pitsiulaaq Brewster sits down in her art room after winning Iqaluit-Sinaa’s seat in the Nunavut legislature Monday night, according to unofficial results from Elections Nunavut. (Photo by David Venn)

Netsilik, Iqaluit-Sinaa and Iqaluit-Niaqunnguu will all see new MLAs as a result of Nunavut’s sixth general election.

She said she spent Monday doing some housework that was neglected while she campaigned, then had her close friends and family over to wait for the results to come in.

“We watched the results starting to roll in and just got more and more excited for who was winning,” she said. “Then when we heard the results, we were absolutely ecstatic.”

Jeff Ungalaq Maurice and Christa Kunuk placed behind Brewster, with 90 and 75 votes respectively. Only 264 ballots were cast out of 902 listed voters for a 29 per cent turnout.

Brewster said the tight race shows the strength of each candidate who ran.

“It doesn’t surprise me that it was a close race for all three of us,” she said. “I think we’re all really strong candidates.”

Brewster said she’s going down south to visit her mother, then she’s looking forward to the upcoming leadership forum and starting work as an MLA. The legislative assembly resumes on Nov. 19.

“I’ll continue to do the good work that I’ve always done for Iqalummiut and I’ll do that at the territorial level now,” she said.

Quqqiaq, vice chairperson of the Inuit Broadcasting Corp., found out he won the riding 10 minutes prior to an interview with Nunatsiaq News.

He said he’s been doing his “homework” to be MLA for eight years and that he is ready to serve his community.

In fact, the difference between Gross and Peter Ohokak, who finished third, was only 15 votes, or 2.3 per cent.

A Nunavut judge will recount the ballots for a constituency if the margin of victory is less than two per cent, according to Elections Nunavut’s website.

P.J. Akeeagok won Iqaluit-Niaqunnguu by a landslide, taking 84.3 per cent of the vote.

Akeeagok, former president of the Qikiqtani Inuit Association, was not immediately available for comment.