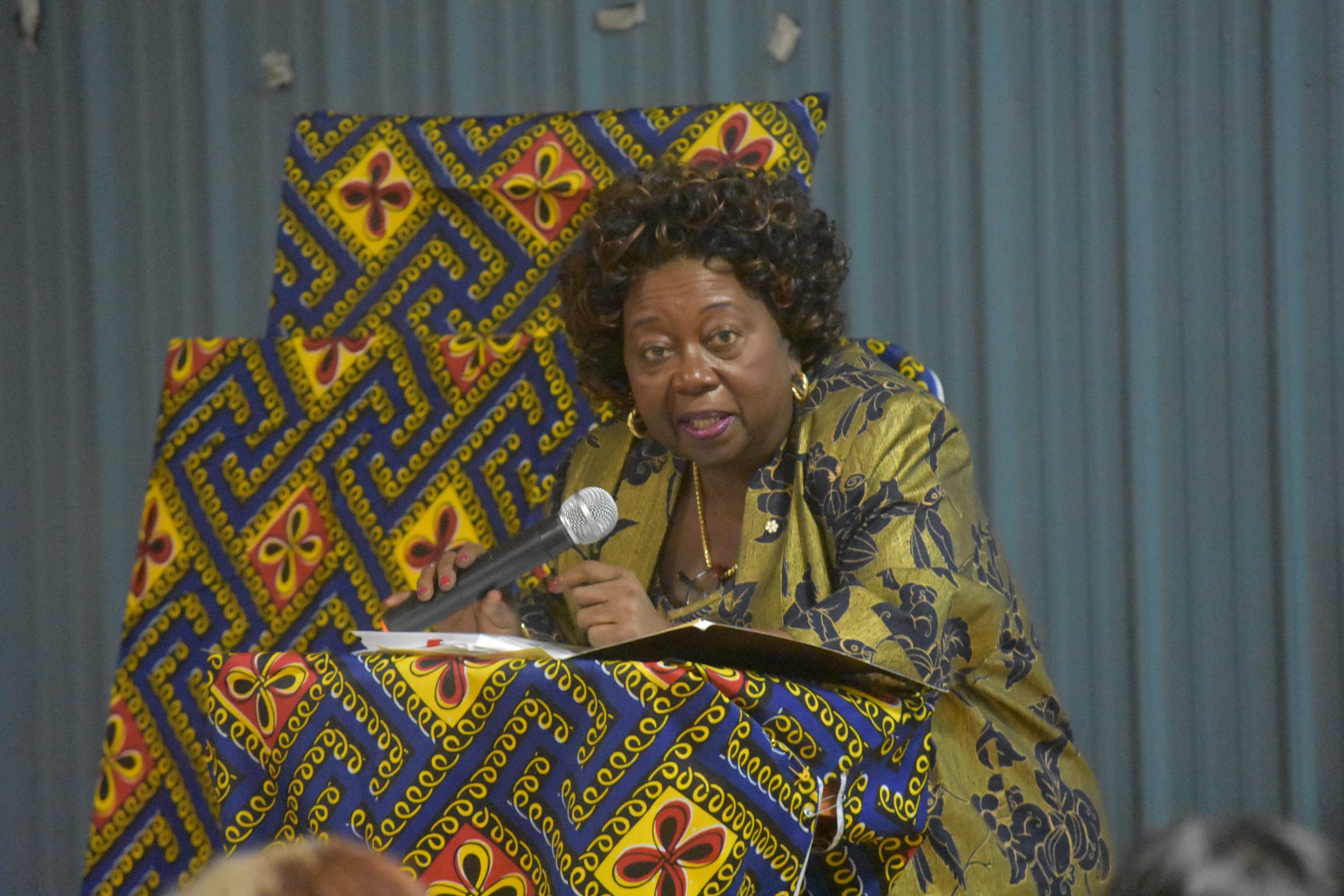 Jean Augustine, the first black woman elected to the House of Commons, spoke in Iqaluit on Friday night to kick off Black History Month in Canada. (Photo by Courtney Edgar)

Jean Augustine, Canada’s first black woman to be elected to the House of Commons, spoke at Iqaluit’s Cadet Hall on Friday night at the city’s opening ceremony for Black History Month.

The ceremony, hosted by the Nunavut Black History Society, kicks off a month of activities in Iqaluit to celebrate the accomplishments of black Canadians in the face of historical—and current day—systemic racism.

While Augustine spoke mainly about the importance of “celebrating the black presence in the Canadian mosaic,” she also talked about the similarity in struggles of African-Canadian communities and Inuit.

As well, she encouraged those present to have the power to overcome ongoing racism caused by colonization.

“When we’re talking about black history, we are talking about Canadian history,” she said, to a nearly full room that included three MLAs, Nunavut’s commissioner and Iqaluit’s mayor.

There have been black Canadians since 1604, when Matthew Dacosta was a navigator for Samuel de Champlain, she said.

Like Dacosta, Augustine is a crucial part of Canadian black history, and the reason Canadian educators teach the topic for at least one month each year.

She was responsible for pushing the Parliament of Canada to recognize February as Black History Month back in 1995.

Augustine was elected in 1993 and sat in Parliament until 2006. Before her, only two black men had sat in the House of Commons.

On top of that, Augustine served as parliamentary secretary to the prime minister, as minister of state for multiculturalism and the status of women, and as the deputy Speaker. She was also the first fairness commissioner, overseeing fairness and transparency.

Augustine has honorary doctor of law degrees from universities for the work she has done in politics and social justice.

As well, a city park, a high school and a girls’ academy for empowerment are all named after her.

It took nearly 10 minutes for Stephanie Bernard with the Nunavut Black History Society to introduce Augustine with her long list of accomplishments.

Back when Augustine was championing the need for Canada to recognize a month devoted to black history, she had to get unanimous support from over 300 people.

During that time, she said on Friday night, she was asked, “So is there going to be a white history month too?”

“Those of us in the diaspora and those of us with the colonial experience, we share this,” Augustine said.

The night began with the lighting of a qulliq by Rhoda Ungalaq, who explained the history of the Inuit oil lamp. This was followed by a fast-paced drum call by Clayton Greaves and a prayer by Iqaluit pastor Tim Lawal.

There was also a short film about black history in Canada by Iqaluit filmmakers Jacinto Andrade Marques and Ibrahim Suleiman.

Greaves also performed a powerful libation near the beginning of the ceremony, which involved pouring a bottle of water on a potted plant while people in the audience called out the names of their ancestors. 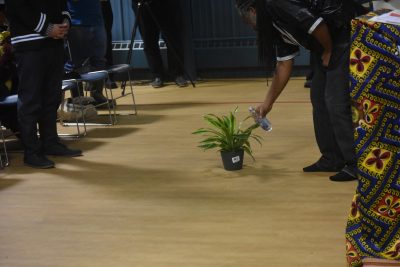 Clayton Greaves performed a powerful libation near the beginning of the ceremony, which involved pouring a bottle of water on a potted plant while people in the audience called out the names of their ancestors. (Photo by Courtney Edgar)

“We thank those ancestors whose names we do not know, but who made it possible for us to be here in this town, in this place, for this occasion,” said Greaves.

“We say thank you, drink and quench your thirst.”

When he opened the floor up for the audience to name an ancestor who would appreciate a ceremony like this, 15 people shouted out culturally diverse names from different backgrounds.

For each one, he watered the plant.

David Joanasie, Nunavut’s minister of culture and heritage, made the opening comments at the event, saying that the inequalities that are faced by black Canadians and Inuit are shared.

“I think there is a mutual understanding of where we are coming from,” Joanasie said.

“You might not know, but the leaders that led the cause for the development of the land claims agreement were quite inspired by the civil rights movement.”

Additionally, Iqaluit mayor Madeleine Redfern gave a speech about the importance of celebrating the contributions made by black citizens.

“A few years ago when I was asked to do a similar welcoming, I had not realized back then that our black community had grown so tremendously in such a short period of time,” Redfern said.

“Coming to the realization that the black community in Iqaluit had grown from a handful, to a few dozen, to 50, to 250 in just a few years was spectacular. And just a phenomenal acknowledgement that this is a place where people want to come.”

She also spoke about the shared historical realities and current struggles both the black community and Inuit have faced.

“Diversity is incredibly important because it is when we come together that we are strong. When we learn to respect each other and break down the racism, prejudices and the stereotypes, then we get to understand that we have friends, and allies, and supporters.”