Bad weather kept mushers from racing on 4 out of 10 days; awards presented at ceremony Thursday 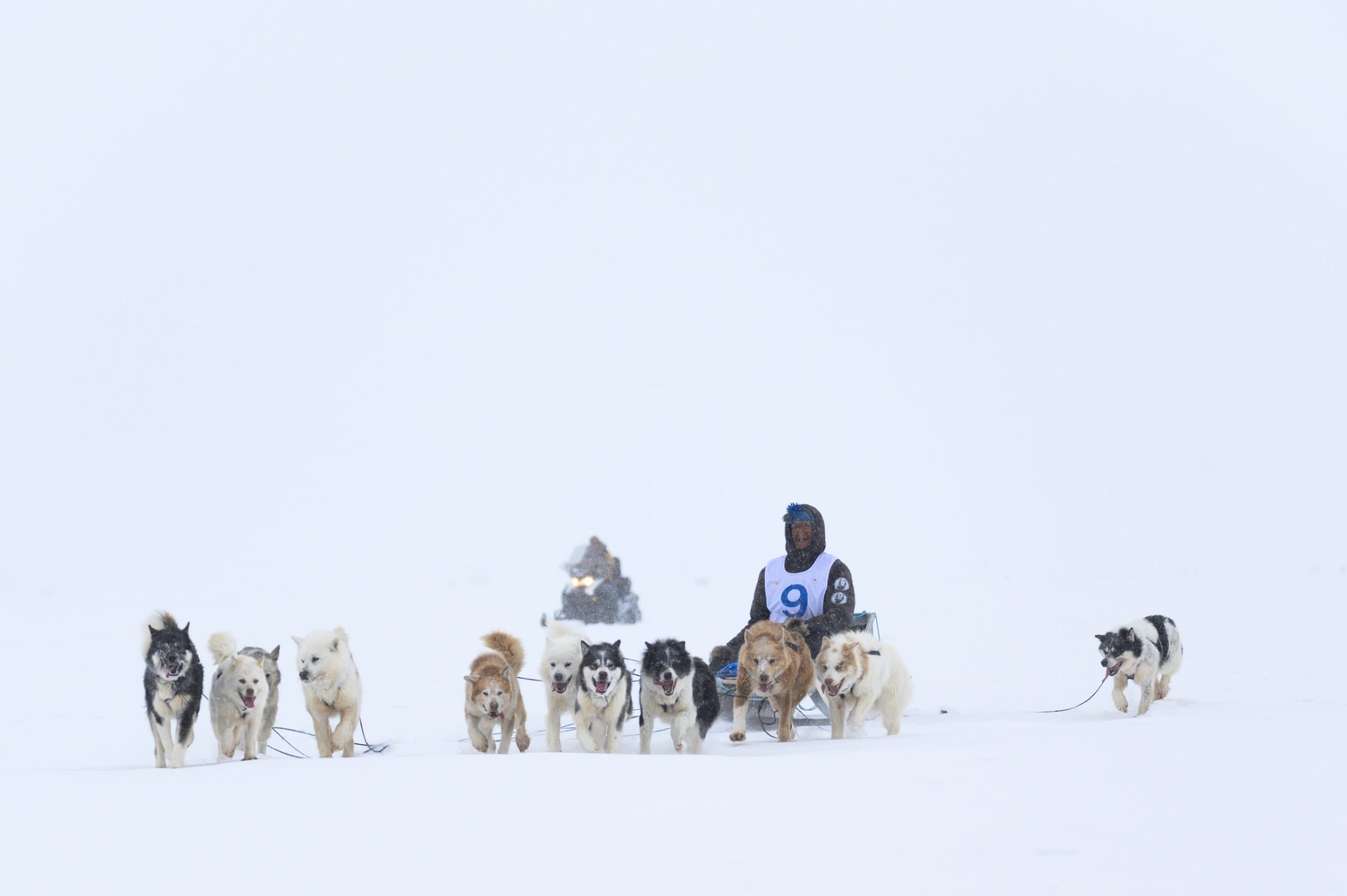 Igloolik musher Jonah Qaunaq nears the finish line in his home community of Igloolik on Wednesday after completing the 10-day Nunavut Quest, which began in Arctic Bay. (Photo by Dustin Patar)

Igloolik musher Jonah Qaunaq has claimed his third straight victory in the Nunavut Quest — the most difficult one yet, he says.

The 12 mushers who competed arrived Wednesday afternoon in Igloolik, ending the 500-kilometre dogsled race that began in Arctic Bay 10 days earlier. Qaunaq was named the winner Thursday evening at an awards ceremony in Igloolik’s community hall. His total time mushing was 28:43:55.

A seven-time competitor in the Quest, he said this victory came with mixed feelings: he is grieving his brother, who died two years ago and was a former Nunavut Quest committee member.

“It was emotional. Every time I go on a dog team race, it’s very emotional, but this year was the most,” Qaunaq said in an interview after accepting his prize. 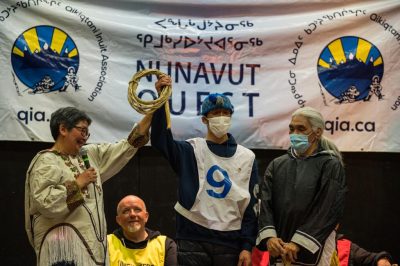 Qaunaq’s last two wins came in 2018 and 2019. Then, the committee postponed the competition for two years due to the COVID-19 pandemic.

With each win, he thinks about his late family members.

“It’s always emotional to be home,” Qaunaq, who lives in Igloolik, said.

This year’s trip was challenging. The mushers and their support crews pushed through several obstacles, including high winds and blizzards that forced delays.

Committee member Crystal Natanine said on Day 2 of the Quest, musher Owen Willie forfeited because his dogs ate their harnesses throughout the night. 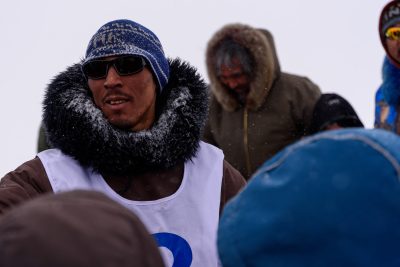 Then on Day 4, musher Jeremy Koonoo lost his dogs, and members of his crew had to go out to help him search for them. Koonoo remained in the race, she said.

On Day 6, all of the mushers and crew put their dogs in qamutiks and rode approximately 160 kilometres to the next checkpoint at Iqalugasugvik because they were so far behind schedule, Natanine said.

The following day, musher Joshua Haulli had to be picked up by his crew due to blizzards, she said.

Then, they all stayed put for two days due to bad weather before finishing the final leg on Wednesday, which was Day 10.

Overall, they weren’t able to travel on four out of 10 days due to extreme weather conditions.

Besides the weather and winds, Qaunaq said his biggest challenge came when he found out one of his dogs was pregnant. She began slowing down, so he had to take her off the team and bring her the rest of the trip by snowmobile.

Qaunaq will receive $20,000 with his win. He said he plans to buy some new equipment for hunting.

“My little son … he always talks about an outboard motor for seal hunting,” he said.

Next year’s race will be from Igloolik to Arctic Bay.