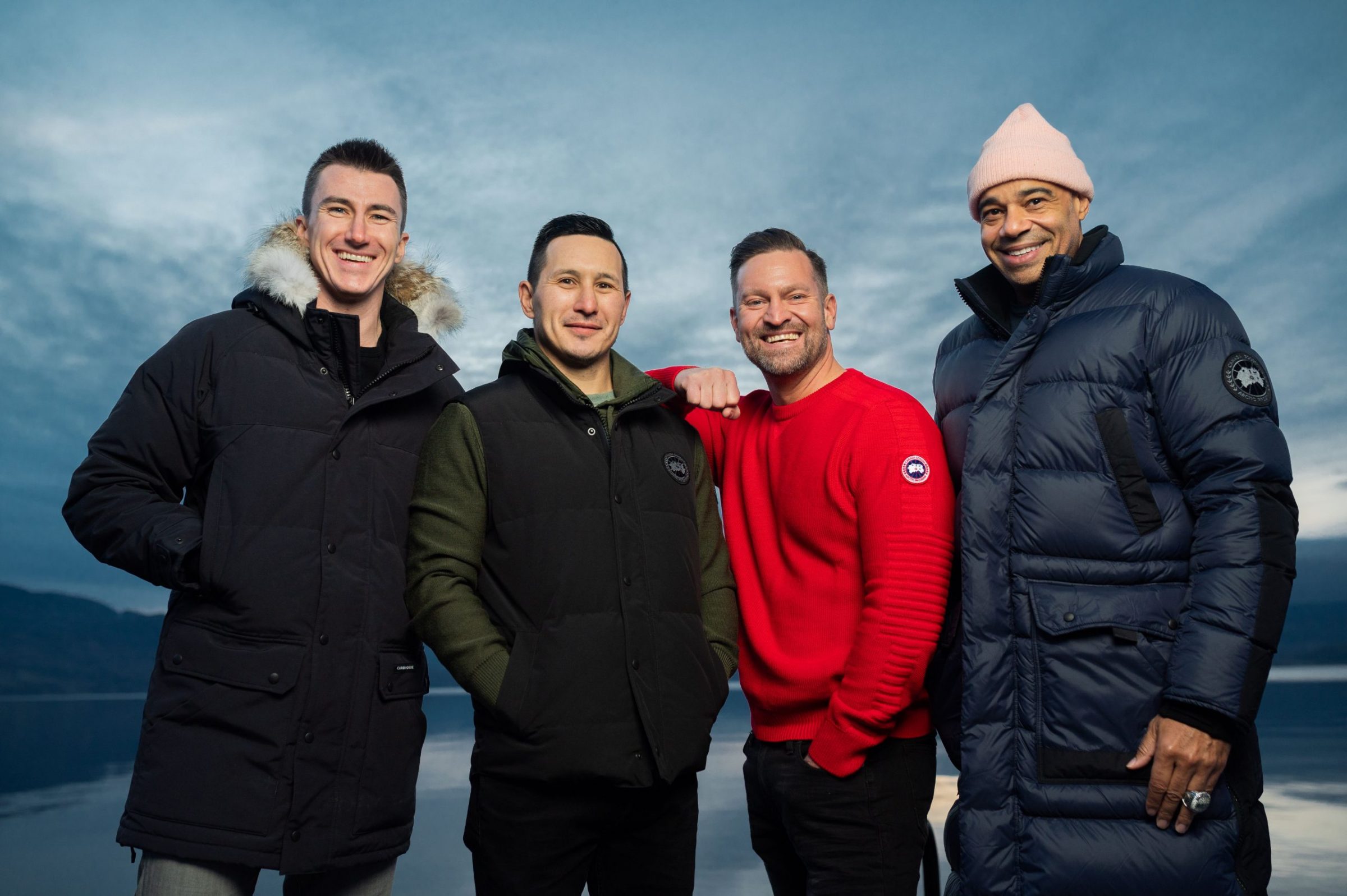 Adam Scorgie says he isn’t much of a reader.

Yet when the film producer picked up NHL star Jordin Tootoo’s 2014 memoir All The Way: My Life on Ice, he couldn’t put it down.

Tootoo is of course one of Nunavut’s most high-profile exports. Raised in Rankin Inlet, he became the first Inuk player in the NHL when he was drafted by the Nashville Predators in 2003 and went on to play with three other teams before retiring in 2018.

However, while he was cementing his reputation as an effective agitator on the ice, Tootoo was battling substance abuse issues off the ice and continuing to deal with the grief of losing his older brother Terence to suicide in 2002, struggles he details in his memoir.

“His story is incredible,” said Scorgie, who is the founder of ScoreG Productions, a production company with a growing repertoire of sports-themed documentaries and features.

Nunatsiaq News reached Scorgie by phone while he was on location in Sweden, filming a documentary on the life of action star Dolph Lundgren.

Scorgie knew right away he wanted to put Tootoo’s story on the big screen, but initially, Tootoo himself wasn’t interested.

“He said, ‘I’ve got a few proposals and documentaries sitting on my desk and I don’t think I’m ready. It’s not for me,’” Scorgie said.

It wasn’t until Scorgie’s team submitted a compelling proposal that Tootoo finally came around to the idea, with a few stipulations.

“Jordin said, ‘Listen, nothing’s off the table. I’ll talk about all parts of my career, my early life, my brother, my substance abuse problems. The only thing that is the caveat for me is for you guys to really understand who I am, you have to come to where I grew up … you have to come up north with me.’ As filmmakers we were like, are you kidding me? That’s a dream,” Scorgie laughed.

The team then flew out to Kelowna, B.C., where Tootoo now lives with his wife and daughters, and quickly hit it off.

The team has secured financing from Super Channel and Canada Goose and estimates the documentary will take about 18 months to complete.

“Our team wanted a certain level of budget to make sure that we could go to Rankin Inlet several times with Jordin and go down to Nashville where his career really blossomed and really put the story together correctly,” he said.

The team expects to visit Rankin Inlet as early as this March, when Tootoo holds an annual memorial tournament for his brother Terence, and will join Tootoo’s family during the summer hunting season out on the land in Nunavut.

Other filming locations will include Kelowna, Detroit and other cities significant in Tootoo’s hockey career.

Once completed, the filmmakers want to screen the film on the festival circuit and follow up with a theatrical release. They hope to promote it with a press tour, with Tootoo speaking about his journey in an effort to inspire Indigenous youth and communities, Scorgie said.

“When you can witness the story on the screen and be moved and inspired and be brought to tears of joy, and then have Jordin speak to you afterwards in person, I just don’t think there’s a better way to inspire and connect with audiences around the world,” Scorgie said.

The film’s development is still in its early stages, but Scorgie’s excitement to start shooting is palpable.

Most of all, Scorgie said he’s looking forward to hearing directly from Tootoo.

“There’s gonna be a lot of great interviews, but honestly, no one is more exciting than Jordin himself,” Scorgie said. “It’s really going to be peeling back the layers. Jordin is in such a comfortable position and so comfortable in himself that it’s really exciting for me and the director.”

As for what fans can expect from the film, Scorgie sums it up with one word: hope.

“But there’s a positive message.… You can see that someone like Jordin, that came from the upbringing he had and the adversity he overcame, that anybody can do it if they go on the right path and really try to be the best person they can,” Scorgie said.

Tootoo declined an interview request, but said in a statement that he is honoured to work with Scorgie and his team.

“My mission in life is to raise my children to a world where the cycle of trauma has ended and make a difference in the lives of Indigenous youth across North America,” he said.

“I hope [my story] will inspire others to speak up and seek the help they need to live their best lives, free of the generational trauma that has plagued my people.”