An array of leaves showing the diversity of kelp in underwater Arctic forests. (Author provided)

Did you know that there are forests in the Arctic?

Lush underwater forests of large brown seaweeds (kelps) are particularly striking in the Arctic, especially in contrast to the land, where ice scour —scraping of sea ice against the sea floor—and harsh climates leave the ground barren with little vegetation.

Kelp forests have been observed throughout the Arctic by Inuit, researchers and polar explorers. The Canadian Arctic alone represents 10 per cent of the world’s coastlines, but we know little of the hidden kelp forests there.

Today, climate change is altering marine habitats such as kelp forests on a global scale.

In other areas, kelps are being heavily over-grazed by sea urchins.

Coastal conditions in the Arctic are changing dramatically and the region is warming faster than the rest of the world, but these changes could actually be good for kelp.

Yet we know little about kelp forests in remote Arctic regions. Our latest research, published in Global Change Biology, uncovers the distribution of Arctic kelp forests and explores how these important ecosystems are changing with the climate.

Proliferation of kelps in the Arctic

Kelps currently occur on rocky coasts throughout the Arctic. The longest kelp recorded in the Arctic in Canada was 15 metres, and the deepest was found at 60-metre depth (Disko Bay, Greenland). Many find it surprising that marine plants can grow so well in harsh Arctic environments. 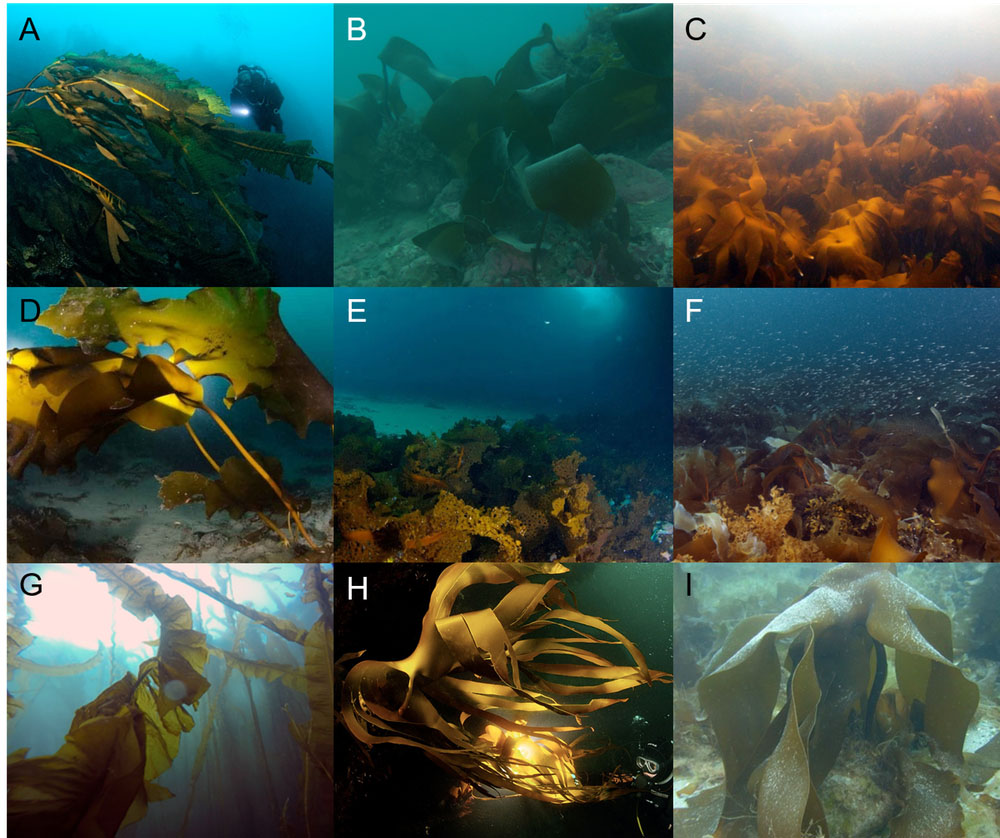 Kelps have adapted to the severe conditions. These cool water species have special strategies to survive freezing temperatures and long periods of darkness, and even grow under sea ice. In regions with cold, nutrient-rich water, they can attain some of the highest rates of primary production of any natural ecosystem on Earth.

Kelps function underwater in the same way trees do on land.

They create habitat and modify the physical environment by shading light and softening waves. The underwater forests that kelps create are used by many animals for shelter and food.

More than 350 different species — up to 100,000 small invertebrates — can live on a single kelp plant, and many fish, birds and mammals depend on the whole forest.

Kelp forests also help protect coastlines by decreasing the power of waves during storms and reducing coastal erosion. A lot of kelp break off or are dislodged from the rock they attach to and end up in nearby habitats where they fuel deep food webs.

As waters warm and sea ice retreats, more light will reach the seafloor, which will benefit marine plants. Researchers predict a northern shift of kelp forests as ice retreats.

Genetic evidence reveals that most kelps reinvaded the Arctic from the Atlantic Ocean quite recently (approximately 8,000 years ago, following the last Ice Age).

As a result, most kelps in the Arctic are living in waters colder than their optimal temperature. Ocean warming will also move conditions closer to temperatures of maximum growth, and could increase the productivity of these habitats.

However, other changes are happening in the Arctic that complicate this picture. In Canada, Alaska, Greenland, Norway and Siberia, permafrost soils that have been frozen for thousands of years are receding by half a metre per year.

Thawing permafrost and crumbling Arctic coasts are dumping sediments into coastal waters at alarming rates, which blocks light and could limit plant growth. The run-off from melting glaciers will also lower salinity and increase turbidity, which impacts young kelp.

The Canadian Arctic is the longest Arctic coastline in the world. The earliest scientific records of kelp in the Arctic are from Canada during expeditions in search of the Northwest Passage.

In Hudson Bay and eastern Canada, kelp forests have been scientifically documented between Ellesmere Island and Labrador, and along coasts in Lancaster Sound, Ungava Bay, Hudson Bay, Baffin Bay and Resolute Bay.

In the northwestern Canadian Arctic, lack of rock substrate and a harsher climate support smaller, fragmented kelp forests. However, baseline measures of the extent of kelp communities are missing in many areas. Unfortunately, lack of information has already made it difficult to tell how kelp forests are changing. 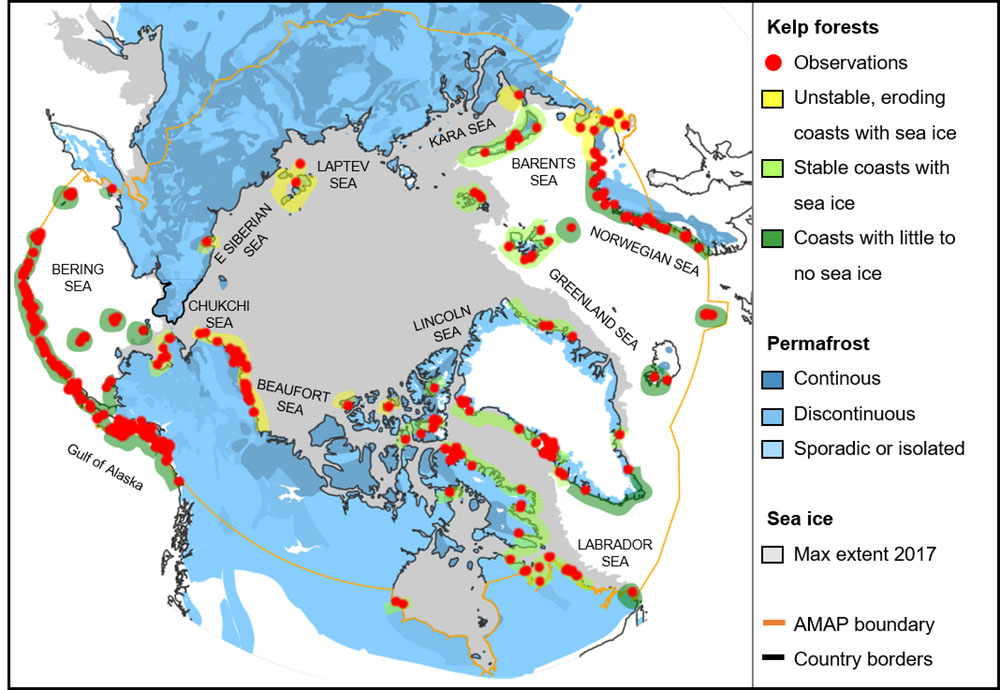 Locations of kelp forests in the Arctic. Based on 1,179 scientific records. (Author provided)

Today, a number of researchers in Canada have partnered with northern communities and organizations to study kelp in the Arctic. The five-year ArcticKelp Project, for example, explores future changes and opportunities these ecosystems could provide.

At the same time new technology (underwater lasers) is being developed in collaboration with Inuit fishers to map kelp forests in the Arctic.

This is important, because knowledge on Arctic kelp forests could help northern communities and societies anticipate and benefit from these valuable changing ecosystems.

Kelp forests throughout the world play an important role in coastal economies, supporting a broad range of tourism, recreational and commercial activities.

Kelp is making its way onto the plates of North Americans, and the kelp aquaculture industry is growing at a rate of seven per cent per year for the last 20 years globally (kelp is a coveted food source in many countries, full of potassium, iron, calcium, fibre and iodine). In the Arctic, Inuit traditionally use kelp as food and wild harvest numerous species.

Arctic kelp forests provide a key example of the diverse responses to climate change. Predictive models and experiments suggest that Arctic coasts are in line to become one of the most impacted environments in the world under changing climate.

Yet the possible expansion of kelp forests should provide new habitats for fish and other marine organisms, and enhance a suite of valuable ecosystem services along Arctic coastlines.

This expanding resource may provide needed income to northern communities whose livelihoods are threatened by climate change and other impacts.

Anticipating these changes and understanding these new ecosystems will be a key priority for Arctic nations. Just because you cannot see the forests growing in the Arctic does not mean we should not appreciate them and recognize the crucial role they play in the ocean.

Karen Filbee-Dexter is a research fellow in marine ecology at Université Laval.