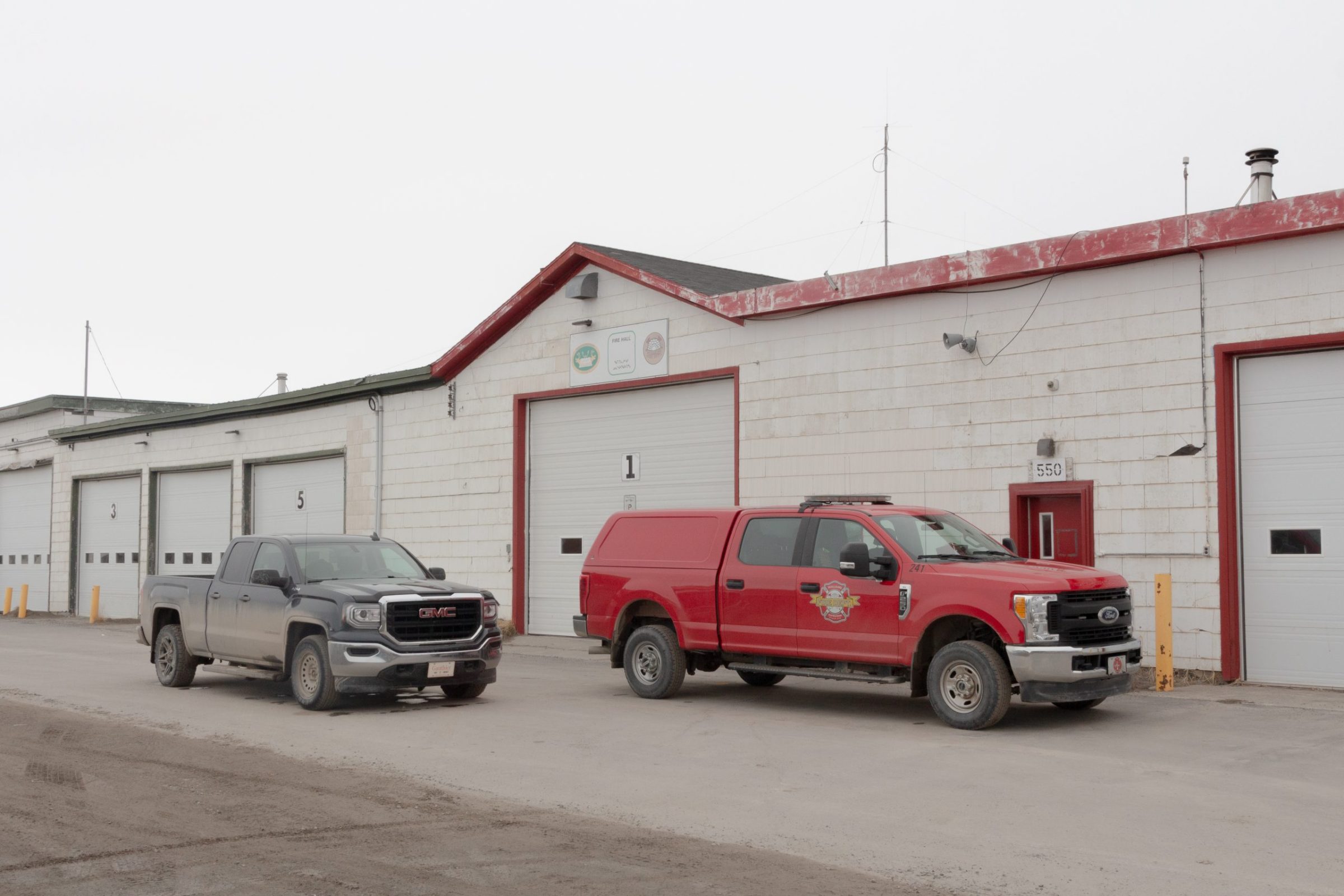 Kuujjuaq’s fire hall is pictured in this May 2022 file photo. According to KRG’s civil security director, fire halls in every Nunavik community are due to either be renovated or replaced. (Photo by Jeff Pelletier)

Kativik Regional Government has a goal of making sure every Nunavik community has a certified firefighter instructor and new and improved fire halls.

Craig Lingard, a civil security director for the regional government, delivered an update Tuesday to KRG’s regional council, which has been meeting in Kuujjuaq since Monday.

In a follow-up phone interview, Lingard said his department is working to ensure the long-term sustainability of fire services in the region.

“The entire process we aim for and we’ve continued to work towards is regional self-sufficiency,” Lingard said.

“The idea is that, over the next couple of years, we will have certified instructors in every community.”

The process of finding potential instructors to certify could be a challenge, depending on the community.

But still, Lingard said his department is in the process of finding individuals who might be good candidates. He and his team have had some luck, he said.

“We’ve encouraged them, mentored them and coached them to become instructors, recognized by the provincial institute,” he said.

Community fire halls are in need of improvement. This was an issue addressed to Lingard by regional councillors on Tuesday.

A new fire hall has opened in Kangiqsujuaq. In Inukjuak and Puvirnituq, new fire halls have been built but need some finishing touches to be completed in the coming months.

According to Lingard, KRG is spending $40 million over five years to get these halls built. That money would also go towards acquiring 10 new fire trucks and new fire management technology.

Work is set to take place in three or four new communities next yet.