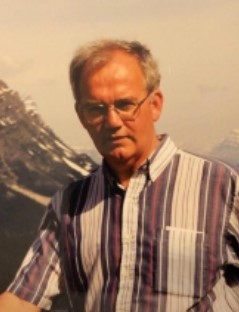 Dr. Thomas Barbour was known in Kugluktuk as the ‘Good Doctor’ because of his kindness and caring manner. He died in his hometown of St. John’s, N.L. on Dec. 12 (Photo courtesy of Barrett’s Funeral Homes)

The death of a doctor known in Kugluktuk as the “Good Doctor” has spurred an outpouring of condolences from the community he served.

Thomas Barbour, 76, died Dec. 12 in his hometown of St. John’s, N.L., according to his obituary on the website of Barrett’s Funeral Homes Ltd.

“The North will not forget this kind and caring doctor,” one Kugluktuk resident, Lena Milukshuk, wrote on a Facebook post announcing Barbour’s death.

About three dozen people commented on the same post.

“He was known in the Kugluktuk and Cambridge Bay communities as the ‘Good Doctor’ who helped his patients feel that they were being taken care of,” Milukshuk told Nunatsiaq News.

According to his obituary, Barbour was born and raised in St. John’s as the middle of five children.

He graduated from the Dalhousie Medical School in 1970.

The bulk of his career was spent as a family doctor in the small Newfoundland community of Musgravetown.

But Barbour also did long locum contracts in all three territories, the obituary said.

“He meant a lot to a lot of people up here and he will be greatly missed,” a long-time friend, Geoff Clark in Kugluktuk, said on Barbour’s online obituary page. “Where do I start with stories?”

Barbour once rescued their black lab retriever after a health crisis in the middle of the night, Clark said.

And another time, he stitched up Clark’s lip so that they could go back out snowmobiling.

“Tom was a true old-school country doctor who looked after everyone. I will always respect him for that,” Clark said.

After one particularly successful hunting trip, Clark said Barbour turned his apartment into a ptarmigan-processing factory.

“We plugged the sink with feathers and there were feathers and smells in the place for months after. We only did that once and for good reason!” Clark said.

Those ptarmigans were distributed to elders in the community, he added.

Others from Kugluktuk, such as Agnes Ayalik, did not have Barbour as a doctor but thought highly of him because of how he treated family and friends.