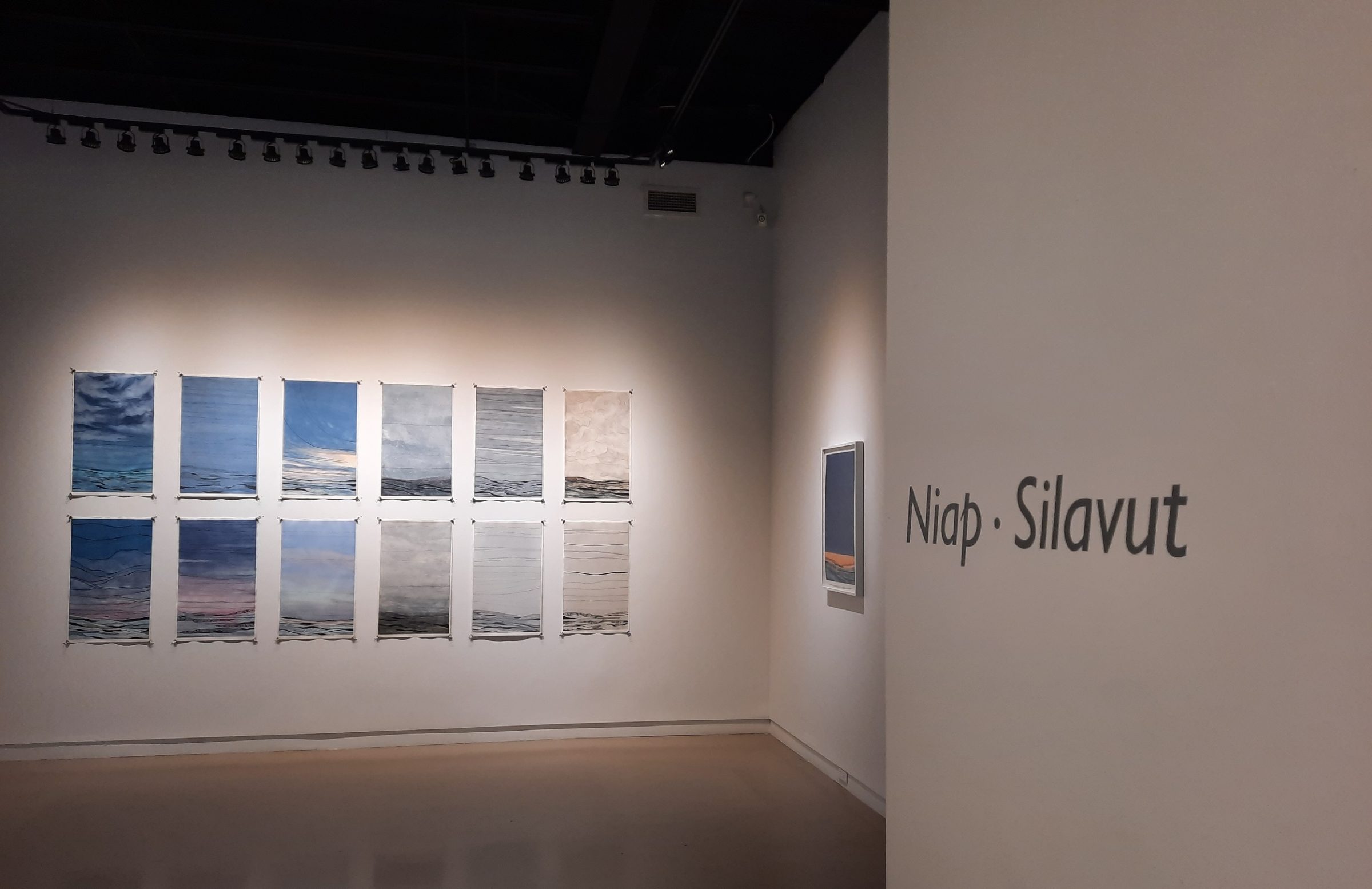 Silavut is a series of landscapes drawn in watercolour and ink on vertical sheets of paper. (Photo by Sarah Rogers) 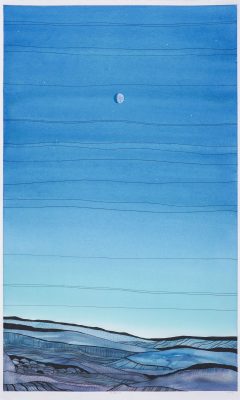 This painting captures the view around Kuujjuaq from May 22, 2021. (Image courtesy of Feheley Fine Arts)

The COVID-19 pandemic has been a time of isolation, especially for Nunavimmiut living outside the region.

But Nunavik painter Niap, also known as Nancy Saunders, hasn’t let it slow her down.

The 34-year-old Montreal-based artist, who specializes in watercolour and murals, has been busy at work preparing to launch her fourth solo exhibit, which opened at Feheley Fine Arts in Toronto over the weekend.

Silavut is a series of landscapes drawn in watercolour and ink on vertical sheets of paper.

When Niap was finally able to get home to Kuujjuaq in March, she wanted to tap into the longer days of sunlight to make up for what she called a “dark” period.

“It’s very simple as a concept. Seeing as everyone was really isolated in 2020, it was a dark time for a lot people,” she said.

“For me, it was super hard. I was missing home. So I wanted to be surrounded by light.”

So every day, for a period between March and May, Niap looked out her window at the shifting weather around Kuujjuaq — the rainstorms approaching from a distance and the lingering sunsets.

After living years in the city, the lighting is so different in Nunavik, Niap says, with its unobstructed views of the land and long shadows.

Silavut, which translates from Inuktitut as “our weather” or “our outdoors,” captures those views. Each piece in the exhibit is titled for the date it was painted, showing the transition from winter to spring and the early stages of summer.

Most of the paintings are hung in Feheley’s gallery lined up in two neat rows, unframed.

“I’m so fricken happy about it,” Niap said. “It’s just the paper on the walls. It looks so nice and airy.”

She’s since exhibited work in Vancouver, Winnipeg, Ottawa and Montreal, while she keeps busy with mural contracts in communities across Nunavik.

Niap was recently invited to take part in two different artists’ residences: one with the Goethe Institute called Right To Be Cold, which will take her to Russia and Finland, and another with Montreal’s McCord Museum later this year.

Niap has also done some work in theatre, which snagged her a role in the 2020 Quebec television series Épidémie, in which she played the role of an Inuk biochemistry student.

“I’m so very blessed. Wherever I go, people respond really well to my work,” Niap said.

“I’m just so grateful for all the experiences I’ve had, and getting to share Inuit culture.”

Silavut runs at Feheley Fine Arts from June 26 to July 17.