“We did pretty good with the help of our students” 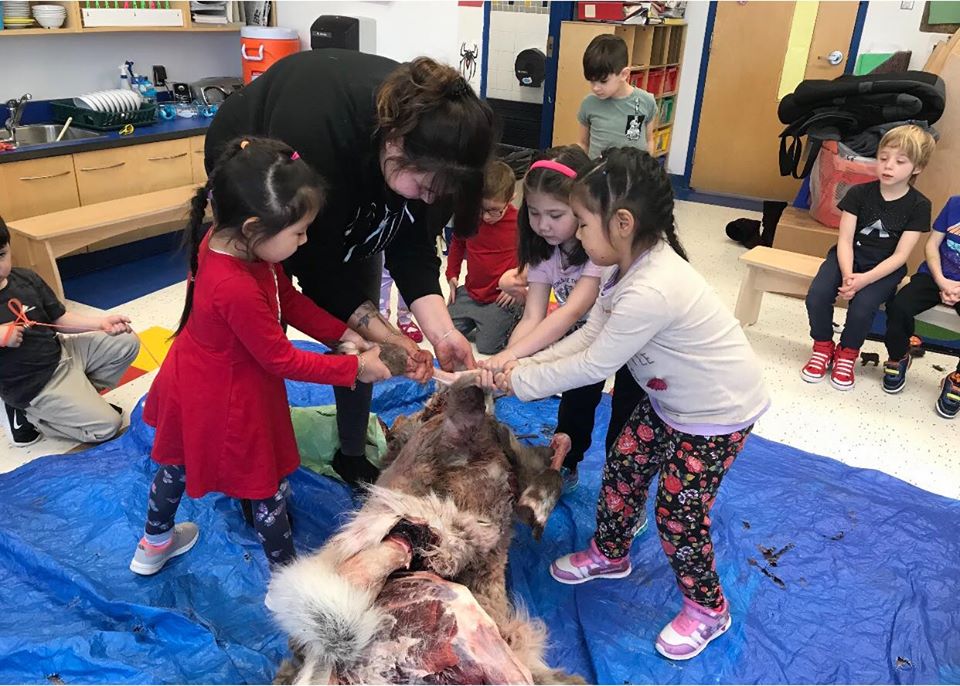 After skinning a caribou in the kindergarten class at Pitakallak School in Kuujjuaq on Jan. 15, the students had a lunch of the meat donated by hunters Simeonie and Simon Berthe. (Photo courtesy of Ayaana Berthe)

Kindergarten students at Pitakallak School in Kuujjuaq got a lesson in preparing a caribou on Jan. 15.

Led by teachers Ayaana and Kajuula Berthe, the students helped skin the caribou on a tarp laid out in their class. The caribou was hunted by the Berthe sisters’ grandfather and uncle, Simeonie and Simon Berthe, respectively.

In a Facebook post, Ayaana wrote that it’s practically their first time skinning a caribou without someone guiding them, but “we did pretty good with the help of our students.”