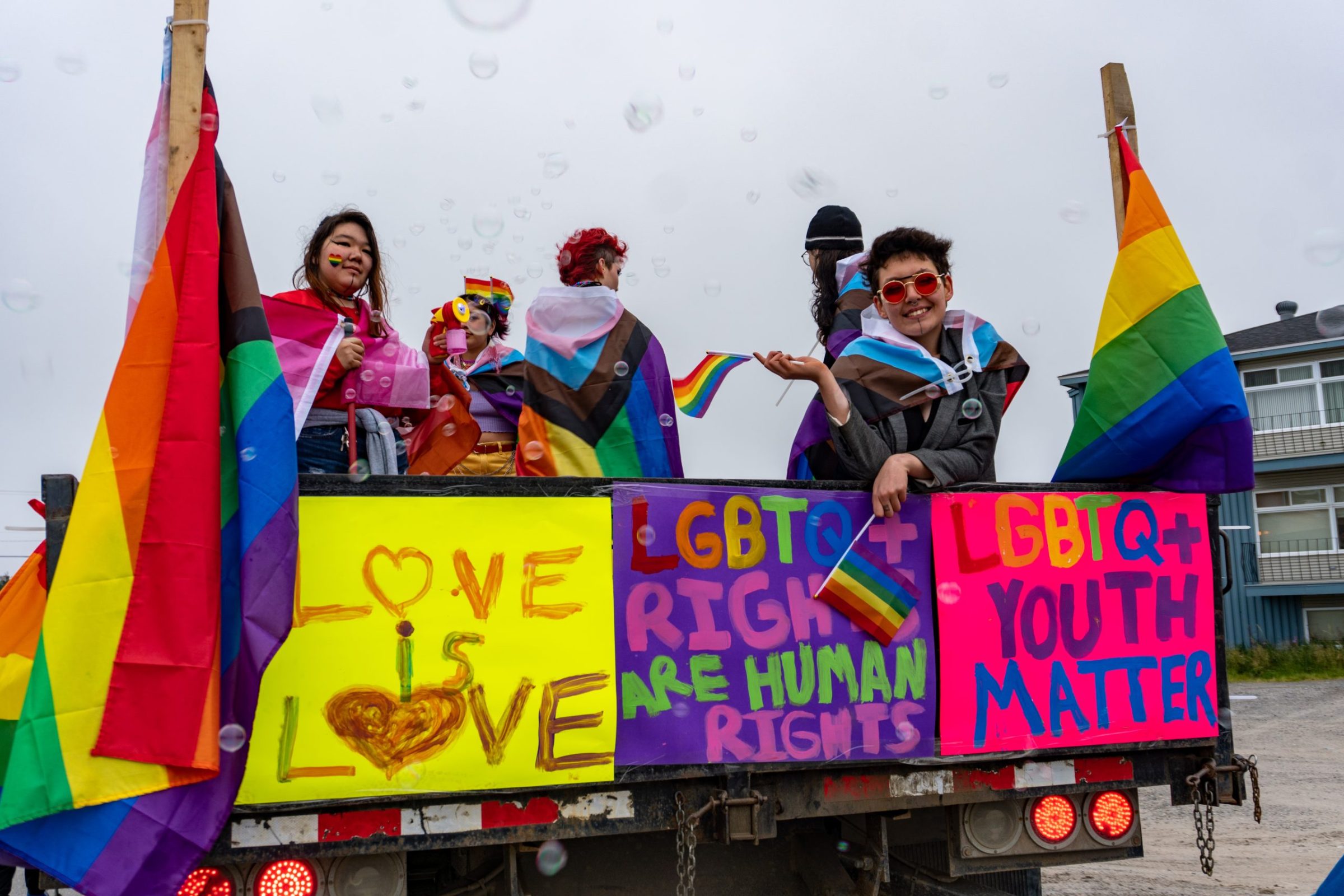 A group of organizers of Kuujjuaq’s Pride Parade rides aboard a truck decorated with rainbow-coloured messages, Friday. It was the second year for the event in the village, something organizers hope will become an annual celebration of the LGBTQ community. (Photo by Cedric Gallant, special to Nunatsiaq News)

Rainbow flags and jovial music took over Kuujjuaq on Aug. 19 as the community celebrated its second pride parade with dancing and singing.

The parade consisted of a flatbed truck followed by a crowd of rainbow-clad people, many carrying flags or wearing colourful capes. It was kicked off by youth organizer Niivi Sinuupa, who called everyone in the LGBTQ community to action.

Maxime Lamoureux, a sexologist for the Nunavik Regional Board of Health and Social Services, spearheaded this year’s event. 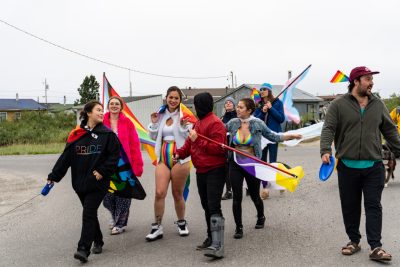 Lamoureux said there has been a lack of discussion about LGBTQ issues in school curriculums. Some teachers choose to include it, and others don’t.

“I think it is still a bit taboo to talk about anything related to sexuality in Nunavik, especially LGBTQ,” she said. 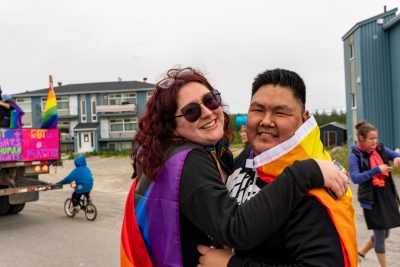 Tommy Sequaluk helped organize the parade, and said he was excited to finally get an event like this off the ground.

“We’re finally doing it today, and we’re doing this to support our LGBTQ+ community, our local community, and the communities all around Nunavik,” he said, adding it should be held every year.

“We are already planning next year’s event, this time in June.”

Sequaluk said Pride is important to him because it was the support of his friends that helped him to be himself.