Learning in our own language

The challenges of Nunavut’s education system 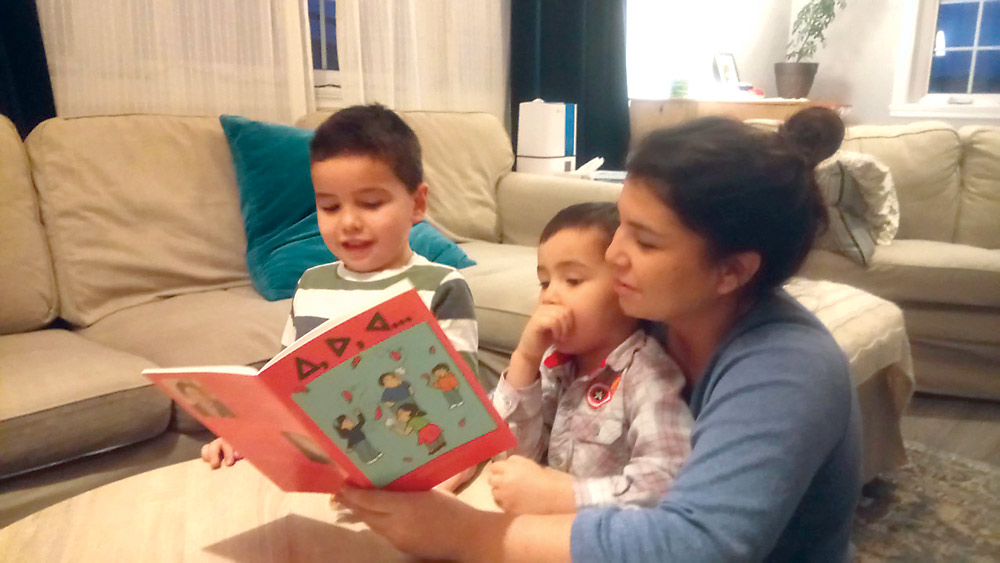 I was 14 years old on April 1, 1999, when Nunavut was created. How little I knew back then. I admit I was mostly clueless. Even so, as a young Iqalummiut born to an Inuk mother and Portuguese father, in the process of discovering life and independence, I sensed the significance of this great achievement—the creation of Nunavut.

I can proudly say that I am an alumna of Nunavut Sivuniksavut. Through my educational opportunity at NS, I learned so much more about the hopes and dreams of the many Inuit who were brave enough to stand up to the systems that oppressed us than I had being educated in Nunavut’s standard high school education system.

In my view, the Nunavut high school system seemed to value European historical perspectives over Inuit knowledge and history. Just as it has done for many other Inuit youth before and after me, Nunavut Sivuniksavut re-instilled a sense of pride in who I was and where I came from.

As time passes and I learn more and more about the hopes and dreams of our leaders, mostly articulated through a small handful of outspoken Inuit, the more I understand how significant the creation of Nunavut was—and hopefully still is—for Inuit. Because of that, I am more hopeful in my own personal efforts to advance our priorities through all my endeavours, using many different mechanisms, such as advocacy (talking about the issues) and personal action (doing something personally about the issues).

For example, I have often felt inadequate in the level of my ability to speak Inuktitut, which is a direct result of how prominent English has become in Iqaluit. I talk about this often, but I have also taken action by taking the time to re-learn Inuktitut, increasing my capacity and my confidence when speaking Inuktitut.

I realize that back then and even now, all we truly want and wanted was to protect our way of life—especially in the face of inevitable and constant change. I include the past tense “wanted” to recognize those Inuit who may have lost hope in the protection of our way of life. People must understand the context of the history we have endured.

I myself have my irniq (son) who is currently in the Grade 1 Inuktut stream. Even as a Tumikuluit alumna (Inuktut-immersion early childhood learning centre in Iqaluit), I have questioned my decision to put him in the Inuktut stream in elementary school, given some of the feedback I have heard about Nunavut’s Inuktut-language instruction. This includes feedback from Inuit teachers who are required to produce Inuktut curriculum resources with minimal support from the Department of Education.

These teachers are meant to lead the production of an Inuktut-language curriculum and resources for Nunavut schools. As a refresher, I gawked at the actions of the Department of Education’s decision to “phase out” much of the important and critical work of Inuit on embedding Inuit Qaujimajatuqangit (Inuit worldview and Inuktut) into our education system (see https://bit.ly/2BMnimA).

I realize that many Inuit may have—or are on the verge of—losing hope in our government’s ability to protect our language and way of life. Our government leaders and bureaucrats are seemingly more preoccupied with a popularity contest that western governance systems have demonstrated and imposed upon us: a model of western governance that is led by a majority of senior non-Inuit bureaucrats and staff.

As of Dec. 31, 2018, of the 20 senior management positions within the Department of Education, 16 were filled, and none (zero!) were occupied by Inuit. And yet some say that those who graduate from the Nunavut Teachers Education Program are not taking teaching positions because they accept higher-paying jobs within the government?

Perhaps this disparity is most visible in Iqaluit, the capital of Nunavut, where the economy is viewed to be most profitable, where we see the majority of resources directed—over the objections of the majority population, Inuit and communities, who envisioned an equitable and prosperous territory with the creation of Nunavut in 1999. I won’t argue with those objections. How can I?

The more I learn and personally experience, the more I realize how far we have drifted from Inuit hopes and dreams. Twenty years later, we are still struggling to protect our language, culture, education and the health of our people.

Twenty years from now, I truly and deeply hope that we can say we have overcome the popularity contest of Nunavut politics, so that Inuit can believe we are on the verge of achieving or, better yet, have achieved, Inuit self-determination in governance, language and education supported by all levels of government for the sake of my own children, and all Inuit children.

Tina DeCouto is from Iqaluit and is the mother of two boys. She is a Jane Glassco Northern Fellow and currently working for Nunavut Tunngavik Inc. as director for social and cultural development.

All opinions expressed within are my own and do not represent the opinions of the organizations I am affiliated with, including The Gordon Foundation, Nunavut Tunngavik. Inc. and Tumikuluit.