Letter: Does a truth and reconciliation holiday add insult to injury?

Perhaps it would be better to challenge Canadians to take reconciling actions, rather than having a paid day off 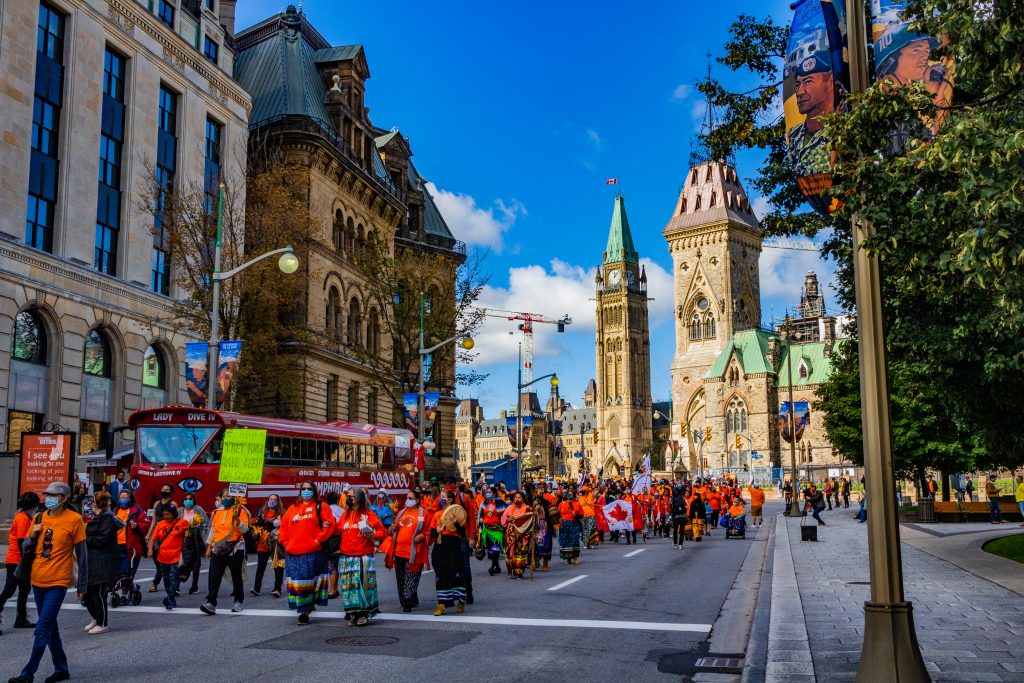 Canadians from all walks of life, including this crowd in Ottawa, paused Thursday to commemorate the first-ever National Day for Truth and Reconciliation. In a letter to the editor, Pangnirtung businessman Markus Wilcke wonders if a day off is the right approach. (Photo by Jeff Pelletier)

When I heard Canada declared Sept. 30 the National Day for Truth and Reconciliation, I was happy there would be at least one day every year when Canadians could give serious thought about the injustices our governments, organizations and individuals have done to Indigenous people in this country throughout our history and to this very day.

On second thought, it occurred to me this statutory holiday is possibly adding insult to injury. While a national holiday will result in speeches and events reminding Canadians about the sad history and continuing injustices inflicted on Indigenous Peoples, we should perhaps think for a moment whether it would be more meaningful if Canadians would be challenged to take reconciling actions, rather than having a paid day off.

Likely, only few Canadians will listen to the speeches, and even fewer will take actions that will contribute to the betterment of the lives of Indigenous people. In fact, it is more likely most of the estimated 1.3 million Canadians who are being afforded the holiday will take this day to sit back and relax, and possibly have a party, not knowing, or quickly forgetting what this national holiday is about.

Perhaps, instead of taking a day off, Canadians could take one day every year to dedicate their time and effort to the betterment of the lives of Indigenous people. The money lost to the Canadian economy on that day alone could build houses for Indigenous people living in overcrowded homes, resulting in one of the highest tuberculosis rates in the world, not to mention many other conditions related to poverty.

The estimated cost of lost worktime to the federal, four provincial governments and 18,000 federally regulated employers across Canada that will honour this national holiday is approximately $641 million. If this amount of money would be invested to reduce the continued suffering Indigenous people experience in this country every single day, it could make a tangible and meaningful contribution to reconciliation.

For example, $641 million could build 957 new homes in Nunavut —or almost 27 per cent of the estimated 3,545 new homes that Nunavut Housing Corp. estimates are needed to alleviate the territory’s critical housing shortage.

Having a Truth and Reconciliation “working day” instead of a holiday would, in addition to reminding Canadians of the importance of treating Indigenous people fairly and respectfully, challenge all Canadians to work together to put reconciliation into action.

Markus Wilcke has lived in the Northwest Territories and Nunavut for over 40 years. During most of this time he worked as a health professional. He is also a graduate of the Native Studies Program of the University of Saskatchewan and a councillor in Pangnirtung.

Nunatsiaq News encourages readers to submit letters to the editor about current events. They should be no more than 400 words and can be submitted to editors@nunatsiaq.com.