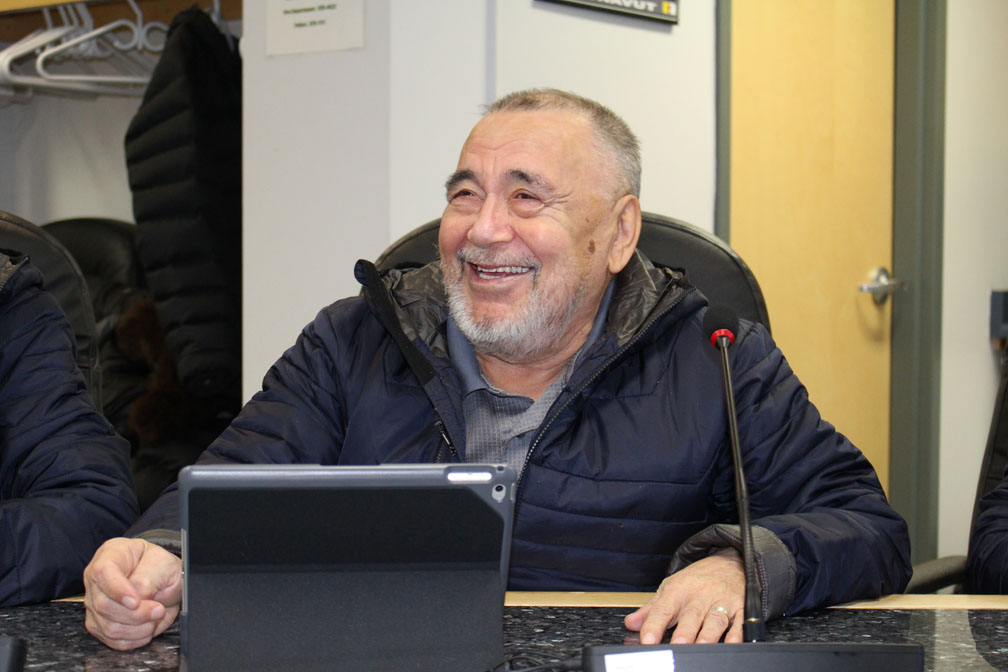 Nunavut and Northwest Territories leaders are paying tribute to one of Nunavut’s longest-serving elected leaders, Ludy Pudluk, who died on July 1 at the age of 76, following a long illness.

Pudluk was born on Jan. 31, 1943, at an outpost camp called Qaumarjuit on Navy Board Inlet, near Mittimatalik, or Pond Inlet.

In 1958, he moved with his father’s family to Resolute Bay, where he lived for the rest of his life.

He told the Qikiqtani Truth Commission that at the age of 16 or 17 he attended school for two or three years in Resolute Bay and learned English by doing work at the Royal Canadian Air Force base there.

Pudluk, whose English surname has also been spelled as “Padluk,” gave more than an hour of testimony to the truth commission in 2008. Readers many find the video recording here.

From 1975 to 1991, he was elected four times to serve as a member of the legislative assembly of the Northwest Territories, representing the High Arctic constituency.

After the electoral district’s name changed to Quttiktuq, he won re-election in 1991 and served as a territorial MLA until 1995.

He also served as minister of government services in the Government of the Northwest Territories. John Quirke, now the clerk of the Nunavut legislature, served as Pudluk’s deputy minister at that time.

Following his 20-year career as an MLA, Pudluk served as mayor of Resolute Bay and participated in other local organizations.

“I was saddened to hear of the passing of Ludy Pudluk, member of the Order of Nunavut and MLA for the High Arctic in the Northwest Territories legislative assembly from 1975 to 1995,” Nunavut Premier Joe Savikataaq said in a statement posted on Facebook.

“I’m wishing his loved ones peace and remembering his contributions to Nunavut today,” Savikataaq said.

In a joint statement, the Speakers of the Nunavut and N.W.T. legislatures also say they mourn Pudluk’s passing.

“Mr. Pudluk was a dedicated spokesperson for the North, was a strong climate change activist, and made significant contributions to the creation of Nunavut,” Jackson Lafferty, the Speaker of the N.W.T. assembly, said in the statement.

“Ludy Pudluk received the Order of Nunavut last year in recognition of his lifetime of public service. My colleagues and I join his family, friends and former constituents in mourning his passing,” Mikkungwak said.

Nunavut Senator Dennis Patterson, along with other Nunavut MLAs who sat in the N.W.T. legislature, like the late Mark Evaluardjuk, Ipeelie Kilabuk and Joe Arlooktoo, worked with Pudluk for many years.

“Today we mourn the death of one of Nunavut’s foremost elder statesmen, who was known as the dean of the assembly at the time of his retirement in 1995, for his five terms representing the High Arctic in the Northwest Territories,” Patterson said in a statement.

“Ludy was respected by all his colleagues as a wise, humble man with a strong vision for Nunavut and an ever-present sense of humour,” Patterson said.

Last year, the Nunavut legislature honoured Pudluk by inducting him into the Order of Nunavut.

In a speech he gave last year at Pudluk’s investiture ceremony, Patterson praised the work of Pudluk and other members of the Nunavut caucus of the N.W.T. legislature.

“Those of us who were in the N.W.T. legislative assembly during those critical years know that without the support of the N.W.T. assembly, Nunavut would never have happened.

“It was the combined pressure from TFN [Tungavik Federation of Nunavut] but also the elected legislative assembly of those years, which pushed Ottawa to agree to divide the N.W.T. in 1993,” Patterson said.

“Ludy Pudluk, I salute you for your leadership and your endurance as one of the driving forces behind the creation of Nunavut.”

On the day of Pudluk’s memorial service, flags will be lowered to half-mast at the legislative assembly building in Yellowknife.