Mary River: if financial viability is a factor, then prove it 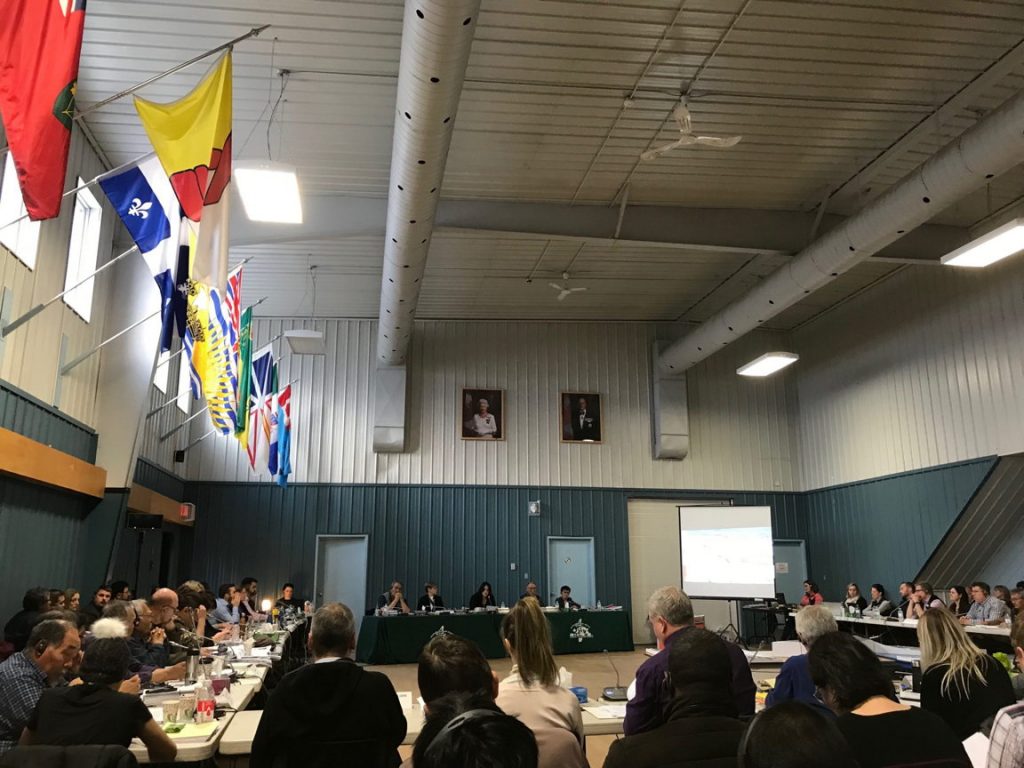 Nunavut’s system for regulating industrial development, born within the 1993 Nunavut land claims agreement, has likely never faced a greater test than the twisting, turning series of environmental and socio-economic assessments for the Mary River iron mine over the past 10 years.

This was on full public display in Iqaluit earlier this month, when the Nunavut Impact Review Board’s final public hearing on the $900-million railway expansion proposal from Baffinland Iron Mines Corp. imploded amidst a mood of confusion and incoherence.

The final two days of that seven-day hearing, scheduled for Pond Inlet, were cancelled.

At the same time, the fate of Baffinland’s multibillion dollar, multigenerational iron mine is now shrouded in uncertainty. When this editorial was written, the review board had yet to decide on a motion from Nunavut Tunngavik Inc. that, if accepted, would delay proceedings for eight to 12 months.

And Baffinland’s landlord, the Qikiqtani Inuit Association, declared earlier they cannot support or endorse the railway-based expansion. But QIA’s business arm, the Qikiqtaaluk Corp., has declared its enthusiastic support for the idea. So has Arctic Co-operatives Ltd. This is a complex issue.

As for Baffinland, its vice-president of sustainable development, Megan Lord-Hoyle, reacted by claiming that the company is now concerned about the project’s very survival, saying, “we will do everything possible to survive and protect the employment of 3,000 Canadians, 476 of which are Inuit.”

That leads directly to what has emerged as one of the biggest unanswered questions surrounding the project: Mary River’s financial health.

Baffinland claims that the mine’s financial viability cannot be guaranteed unless regulators permit them to build a 110-kilometre railway to Milne Inlet and raise production to 12 million tonnes a year, which would require up to 176 voyages through the environmentally sensitive waters of Eclipse Sound.

The problem is, they’ve put no evidence on the public record to support that claim. And until recently, most of the big players weren’t even asking for it.

But one year ago, that lack of evidence didn’t stop stakeholders from accepting that claim as gospel truth.

For example, through the summer and fall of 2018, the QIA stood shoulder-to-shoulder with Baffinland, defending it against the Nunavut Impact Review Board.

On Aug. 31 of that year, the NIRB recommended the federal government say no to an earlier and smaller annual production increase request—from 4.2 million tonnes of iron ore to six million tonnes.

So Baffinland and its partner, QIA, swung into action. Within weeks, they fired off letters asking that the real decision-maker in such matters, Dominic LeBlanc, then the federal northern affairs minister, reverse the review board’s recommendation.

Why? Because of money. The Inuit organization said they feared for the Mary River mine’s viability, which threatens a long list of cash handouts and other benefits, worth more than $20 million contained in a new Inuit impact and benefit agreement.

Ottawa agreed. Heavily influenced by QIA’s fears for the financial viability of the mine, the federal government approved Baffinland’s request last year.

“We are also concerned about the long-term viability of the Mary River mine and cognizant of QIA’s concern that the economic viability of the project depends on the production increase proposal,” Leblanc wrote on Sept, 30, 2018, in a letter co-signed by Crown-Indigenous Relations Minister Carolyn Bennett.

In other words, the most important regulator of them all—the federal government—accepts financial viability as a relevant and important factor. And they did so without having received a shred of financial evidence on that issue.

That’s a big problem. Because if it’s true that a project can’t make money, the regulator should be required to call the proponent’s bluff and ask them to prove that claim.

In just about all other aspects of the Mary River project, Baffinland staff—as they should be—are required to supply mountains of evidence in support of the claims they make in their environmental impact statement.

But on the project’s financial viability, the NIRB has been reluctant to put any evidence on the public record. For example, the review board ruled a lengthy financial document acquired by Oceans North is “irrelevant” and should not be put on the review board’s public registry. (The document remains on our website.)

NIRB made that ruling even after it had made the document public—and then pulled it away from public view at Baffinland’s behest.

For its part, Baffinland even offered to submit, in confidence, a much shorter financial summary explaining why Mary River is financially viable only at a greater rate of production.

The request for confidentiality may be a problem. But at least Baffinland made some effort to clear the air.

In response, NIRB deferred a decision on the matter, which makes no sense. If the federal government can accept financial viability as a factor, then so should the federally funded advisory board.

Indeed, NIRB and other regulators should do more than just accept such evidence. They should demand it. So should Baffinland’s landlord, QIA.

And since this kind of issue is likely to come up in other assessments, the federal government should amend the federal law that governs the NIRB’s procedures, the Nunavut Planning and Project Assessment Act, to clarify how such financial information can be handled in the future.

Yes, as many intervenors have said, there are multiple unanswered questions surrounding Baffinland’s latest expansion proposal, related to the railway’s impact on caribou, the impact of ships on narwhal, the project’s low Inuit employment numbers, and much more. More questions surround the status of the Steensby Inlet southbound rail-port proposal, which Baffinland has had permission to build since 2013, with a permitted production rate of 18 million tonnes a year. It’s still unclear why Baffinland has chosen not to carry out that plan.

But the biggest question of all may be how this project can even survive. JB