Mary Simon to be installed as Governor General on July 26

Rideau Hall has yet to share details of the ceremony 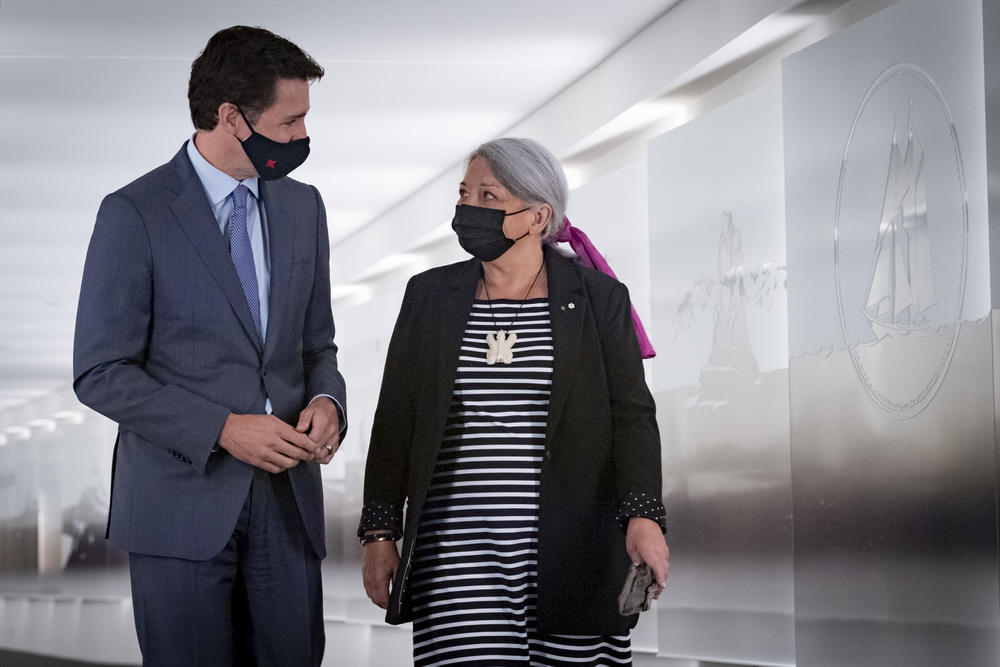 Mary Simon talks with Prime Minister Justin Trudeau July 6 in Gatineau ahead of the announcement of her appointment as the country’s new Governor General. (Photo by Sgt Johanie Maheu/Rideau Hall)

Mary Simon will be sworn in as Canada’s next Governor General on July 26, the federal government announced Tuesday.

The Nunavik leader was named as the country’s 30th Governor General on July 6. She will be the first Indigenous person to serve in the role.

“Ms. Mary Simon will assume her new duties as Governor General after the installation ceremony, which will take place on July 26, 2021,” the federal Department of Canadian Heritage said in statement.

“Other details on the ceremony will be released soon.”

Rideau Hall has not indicated when Simon will have her first audience with Queen Elizabeth but said this week that the first meeting will happen virtually.

Trudeau announced Simon’s appointment at the Canadian Museum of History in Gatineau, Que., on July 6. Trudeau said she was selected and vetted from a list of nearly 100 potential candidates.

Simon, 73, is originally from Kangiqsualujjuaq in Nunavik, and has called Kuujjuaq home for much of her life.

“When I was asked to take on this very important role, I was very excited,” Simon said last week.

“I felt that this position would help Canadians together with Indigenous people, working together … bringing people together to understand our unique history, our unique cultures and way of life.”