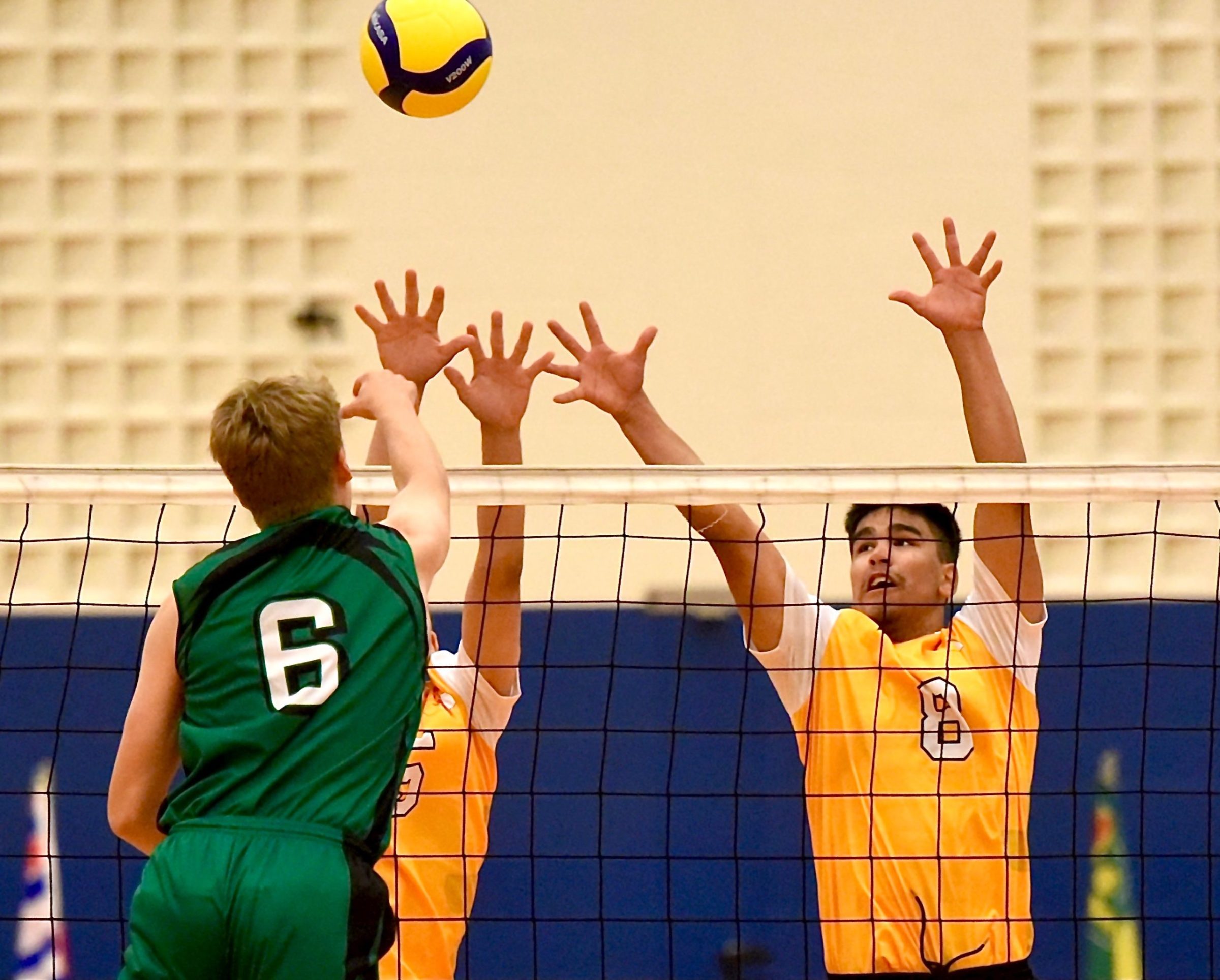 Team Nunavut’s Thomas Porter (8) hustles hard at the net in the men’s volleyball game against Prince Edward Island at the Canada Summer Games in Niagara on Tuesday. The game marked the first time Nunavut has competed in indoor volleyball at the amateur sports competition, following the women’s team debut earlier that same day. (Photo by Denis Cahill, special to Nunatsiaq News)

Tuesday was a day of firsts for Team Nunavut at the Canada Summer Games.

The men’s volleyball team followed in the women’s footsteps and played their first-ever game at the competition, but lost 3-0 against Prince Edward Island in a match-up that at moments appeared tight.

This is the first time Nunavut is competing in team sports events at the Canada Summer Games.

P.E.I. came out of the gate quickly, forcing some strong plays at the net and maintaining a consistent lead on Nunavut in the first set before winning 25-16.

Nunavut came out swinging in the second set, closing the gap slightly but lost 25-20 despite a solid effort.

Nunavut kept the score close and made some strong diving saves in the third set but ultimately couldn’t pull ahead of P.E.I., who clinched the victory at 25-16.

Many of the women’s team members who had competed in the morning at Canada Games Park in St. Catharines, Ont., losing to Newfoundland and Labrador, made the 25-km trip over to the Niagara College campus in Welland to catch the men’s game before lunch. 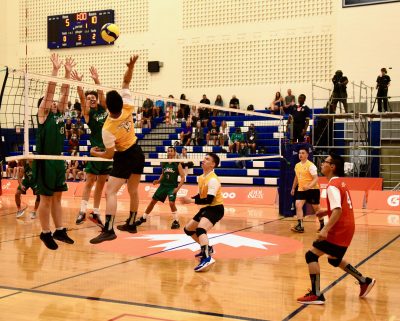 Team Nunavut spikes the ball in Set 3 against opponents P.E.I. at the men’s volleyball competition at Canada Summer Games on Tuesday in Niagara. (Photo by Denis Cahill, special to Nunatsiaq News)

Coach Brady Fischer said that despite the loss, it felt “really great” to see the team make history at the Games.

“I’m just really proud of how the players showed up today and represented us for the first time on the court,” he said.

It took some time for the young team to get used to the unfamiliar playing environment, he said, which brought more distractions than a regular game back home.

Once the team got over some shakiness at the start, they “really started to play at a higher level and support each other,” Fischer said.

“We served tough, that helped put a lot of pressure on P.E.I. and we defended really well,” he said, giving a shout-out to team libero (a back-row player) Carter Poinek, who “allowed us to get a lot of second chance points.”

“It was just a matter of a few points here or there and it could have went either way, really,” Fischer said.

He said since Nunavut is a new face on the volleyball court at these games, the team is focused more on playing hard and growing with each game rather than winning gold.

“We want to come away feeling proud of what we’ve done. If we feel that way after every match, the score really doesn’t matter to us. We just want to be proud of the effort that we put forward and build on that for future years,” he said. 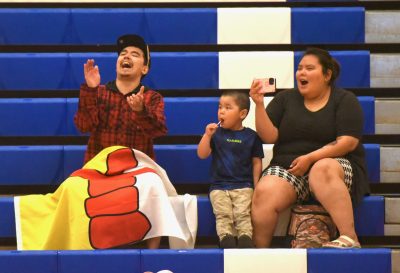 Fans cheer on Team Nunavut at the men’s debut volleyball game against P.E.I. at the Canada Summer Games on Tuesday. (Photo by Denis Cahill, special to Nunatsiaq News)

Despite the early loss in Game 1, Fischer feels a win could be on the horizon for the competition’s underdogs.

The men are set to play Newfoundland and Labrador next on Wednesday at 4 p.m. ET.

Looking ahead to that, Fischer said the players are keeping their minds set on staying consistent in their plays and keeping up a strong defence.

“I think if we do those things, we’re gonna have a close match with Newfoundland. If we can get the momentum at the right point in the match, we can perhaps win a set, maybe even two,” he said.

“Who knows we might even come away with a victory.”