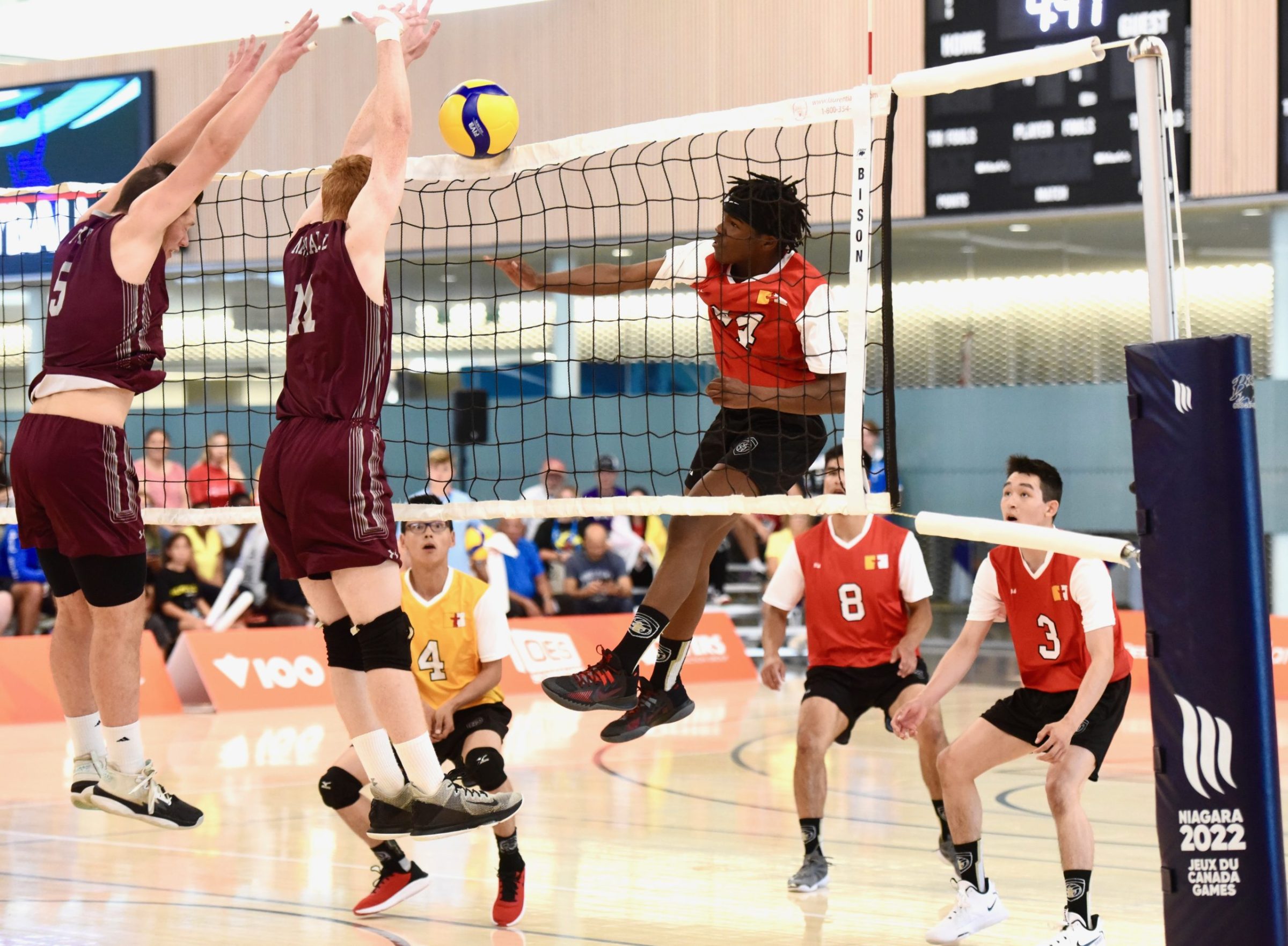 Nunavut’s Tashina Chakonza (24) hits the ball over the net and scores a point for Team Nunavut in a game against Team Newfoundland and Labrador on Wednesday at the Canada Summer Games. Team Nunavut eventually lost the game 0-3, but coach Brady Fischer said the team was competitive and performed well. (Photo by Denis Cahill, special to Nunatsiaq News)

Team Nunavut is still hoping for a win on the indoor volleyball court after the men’s team suffered a 3-0 loss Wednesday to Newfoundland and Labrador at the Canada Summer Games in Niagara.

The game started about 40 minutes behind schedule, but both teams came into it with high energy and focused serves.

The first half of Set 1 was neck-and-neck, each team inching one point ahead of the other, with some strong spikes from Nunavut’s Alex Palongayak and strategic blocks from Evan Kyak.

Set 2 started off on a similar footing with the scores even until the halfway mark, when a few key blocks helped Newfoundland and Labrador sail ahead to a 25-17 win.

Newfoundland and Labrador kept up the momentum for Set 3, winning 25-16 despite Nunavut’s best efforts to catch up and crowd support from Nunavut’s Youth Ambassadors, young volunteers who are at the games for a week and came out to support the team from the stands.

Nunavut coach Brady Fischer said he felt “very good” about the way the matchup played out.

“We were very competitive, leading at different points of each set. I think we performed very well and I’m very satisfied with the effort,” he said in a message to Nunatsiaq News.

“Today is another tough matchup for us but I feel with the momentum from yesterday’s play, we should be able to compete in every set and make it close,” Fischer said.