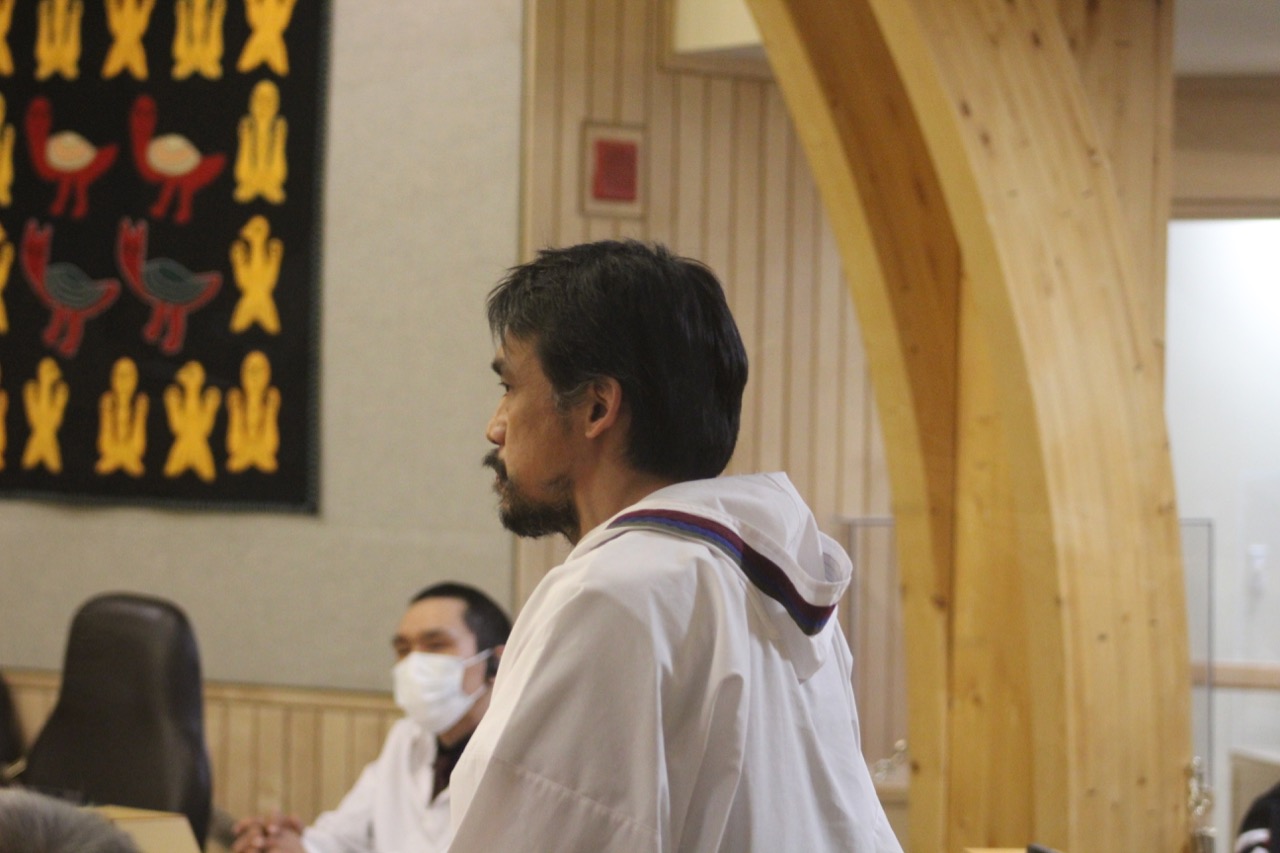 Ammituq MLA Joelie Kaernerk speaks in the legislative assembly Thursday after a motion was brought forward to have him temporarily suspended. (Photo by Emma Tranter)

MLA Joelie Kaernerk has been suspended from Nunavut’s legislative assembly until Monday for allegedly being intoxicated in the legislature.

Kaernerk, who represents the riding of Amittuq which includes Sanirajak and part of Igloolik, will not be allowed to return to the assembly or attend its committees and caucuses until June 6.

MLAs voted to suspend him from the assembly after Iqaluit-Sinaa MLA Janet Brewster brought forward a motion Thursday afternoon.

She also said Kaernerk should “reflect strongly on his responsibility to his constituents.”

Speaking to the assembly, Kaernerk said it was unfortunate that the incident happened. But he did not directly address what happened, or where it occurred.

“I take responsibility for my actions. I apologize. I offer sincere apologies to my colleagues,” he said.

“I do accept the consequences of my actions.”

Kaernerk said he hopes to continue to serve his constituents as MLA. He was first elected in 2017 and was re-elected last October.

“I am seeking help on my addiction … I am a man of my word and I will definitely seek help,” he said.

Kaernerk then left the assembly’s chambers.

In an interview, Brewster would not speak to the circumstances of the public intoxication.

“We deal with issues that come up in the precinct of the legislative assembly and that’s what we did today,” Brewster said.

The legislative assembly’s rules state members can regulate their own proceedings and internal affairs, including the discipline of members.

That also includes the power to suspend a member from the legislative assembly.

In an interview, Quqqiaq said he was “a bit sad” to see the motion come up, but that there are consequences “that we have to deal with.”

“He’s a voice for his community and they need a voice,” Quqqiaq.

Quqqiaq added that he thinks the length of the suspension is appropriate, but he looks forward to Kaernerk returning on Monday.