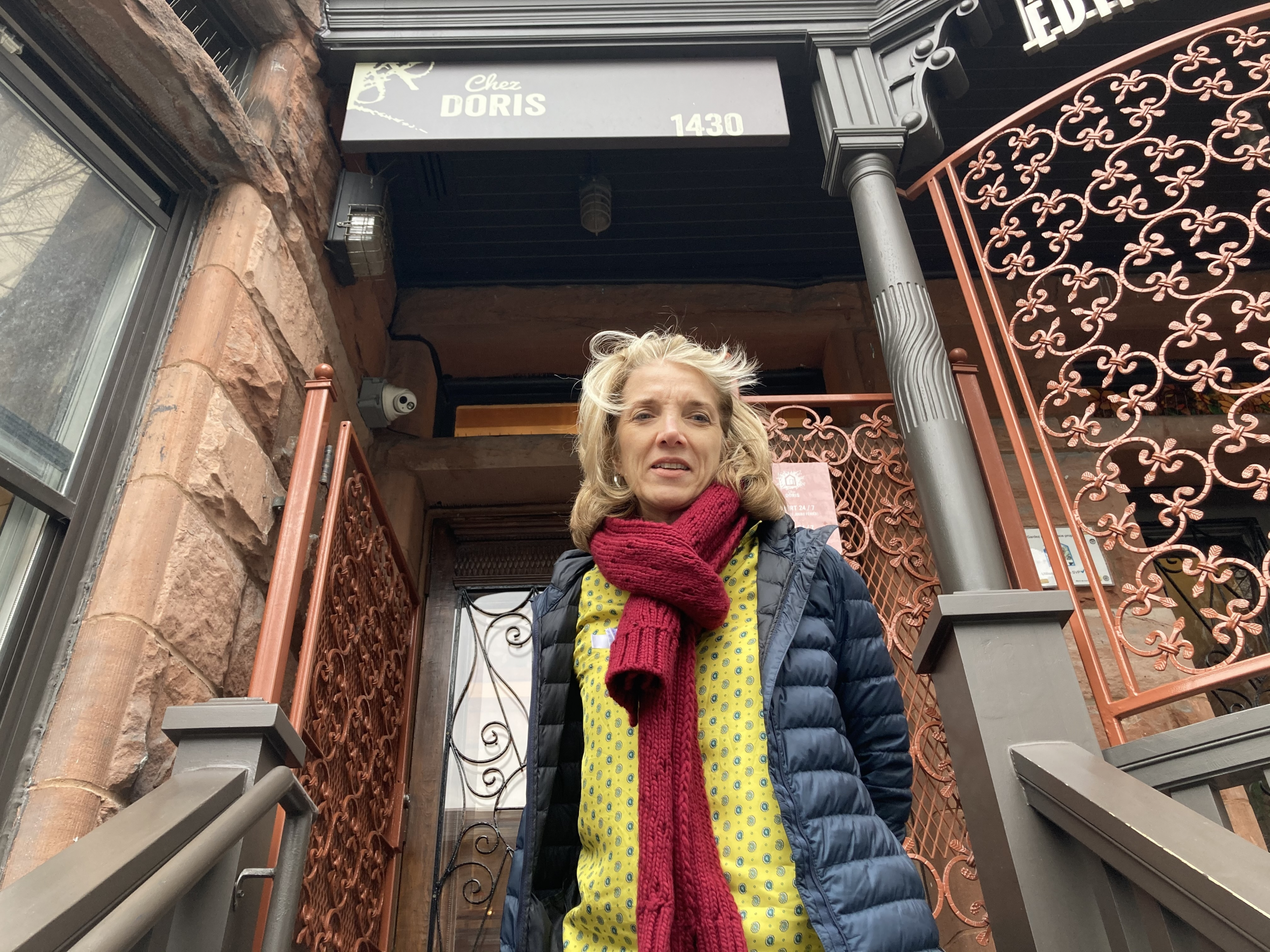 Chez Doris executive director Marina Boulos-Winton says 13 women stayed at the Montreal shelter on the first night it was open. The shelter is now offering 24-7 help to homeless women in downtown Montreal during the COVID-19 pandemic. Nearly 30 per cent of its clients are Inuit. (File photo)

Homeless Inuit women in Montreal have a safe place to sleep, thanks to COVID-19 prevention money from the federal government and Nunavik’s Makivik Corp.

On Tuesday, Dec. 1, the Chez Doris day shelter, located downtown at 1430 Chomedey St., transformed into a 24-7 haven for homeless women.

Chez Doris, whose clients are nearly 30 per cent Inuit, will continue to stay open throughout the night until March 31.

The need is there because the pandemic has made homeless women more visible targets at night during the pandemic, with so many people now staying at home, according to Chez Doris executive director Marina Boulos-Winton.

The newest trick of sexual predators is giving women spiked drinks and then assaulting them, she said.

Of seven homeless women who have died since the end of this past summer, six were Indigenous, and most of those were Inuit.

Two of the deaths were due to hit-and-runs and the rest resulted from drug overdoses, she said.

To transform Chez Doris into a 24-hour day facility, Makivik gave about $155,000, and a federally funded program, called Reaching Home, which is aimed at preventing and reducing homelessness, contributed another $50,000.

After 8 p.m., three rooms of the shelter are transformed to accommodate cots and resting chairs for up to 34 women.

But eight other women decided to sleep on the streets, because it was warm outside.

“They’ll come in once it gets cooler,” Boulos-Winton said.

At Chez Doris, women can also find services including breakfast, lunch and dinner as well as access to showers, hygienic products, a clothing depot and emergency food bags.

Staff have been trained to administer Naloxone to counteract Fentanyl overdoses.

As well, Chez Doris has invested a lot of money in protective equipment to respond to the pandemic.

Every woman who comes to the shelter receives a mask, which they must change every four hours.

Cleaning in the building is also continual, taking place on a two-hour cycle.

None of the women who come to Chez Doris are known to have contracted COVID-19, Boulos-Winton said.

But homeless people remain at higher risk of contracting the disease, according to a backgrounder from the Reaching Home program.

That’s because many have a limited ability to prevent infection: when they become ill, the fact that they move around can make it harder to obtain health care.

As well, following public health recommendations on self-isolation and social distancing can be impossible.