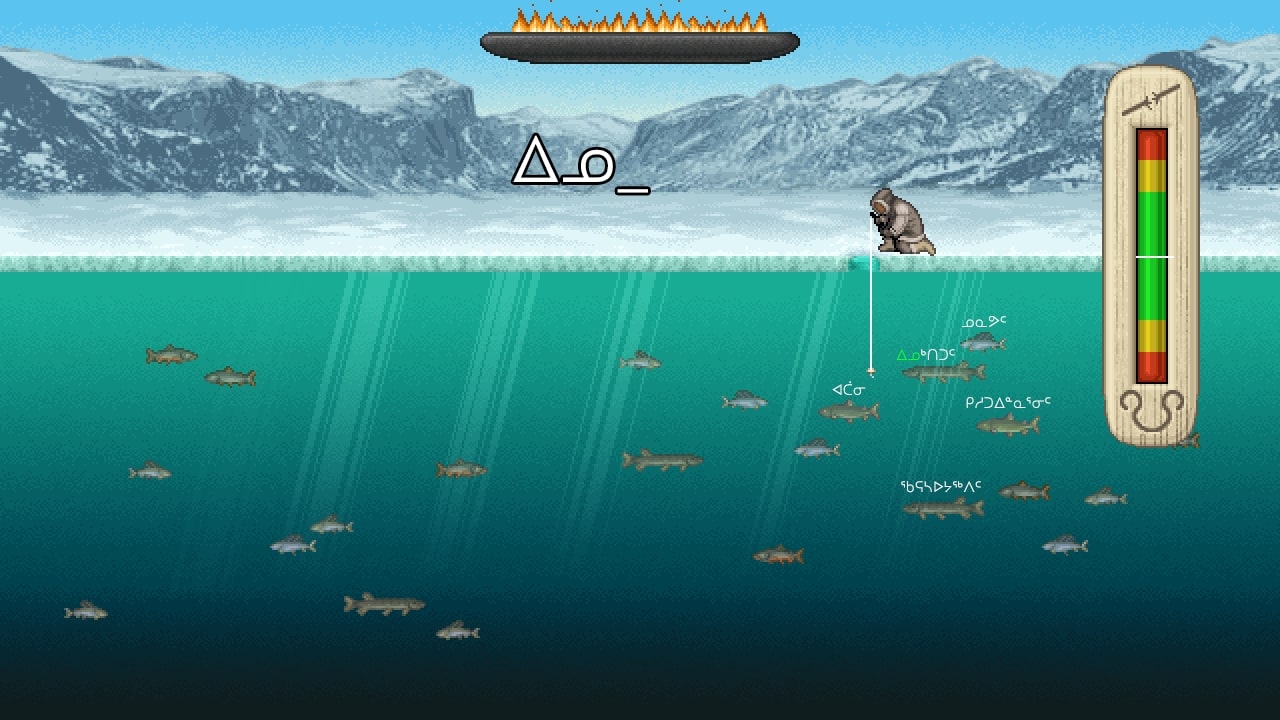 An image of the game Iqalliarluk, which helps people learn Inuktitut. (Photo courtesy of Ilitaqsiniq and Pinnguaq)

These tools, developed by two literacy and digital learning advocates, consist of a typing game, digitized and animated learning books, and a program for teachers to design their own language learning games. They were released Aug. 5.

Iqalliarluk is a digital typing game with a goal to type specific Inuktitut words or phrases. Words are displayed in the centre of screen while in the background a man stands over a frozen body of water looking for fish.

The second tool, Uqalimaarluk, is three online books that have animation, narration and sound effects.

Last is the Inuktitut Digital Literacy Game Engine, which allows teachers to create their own simplified language learning games for students. The tool is designed to fit within a teacher’s curriculum.

The tools come from a partnership between the Pinnguaq Association and Ilitaqsiniq, also known as the Nunavut Literacy Council.

“We want to be an organization that is a part of the strengthening of the Inuktitut language,” said Adriana Kusugak, the executive director of Ilitaqsiniq.

Accessibility is also an important aspect of the project, according to Kusuguk.

She said as more people in Nunavut rely on digital technology, it is important that learning tools are put onto platforms people will use, such as smartphones or tablets.

“We need to meet people where they are at and this is where children are at right now,” she said. 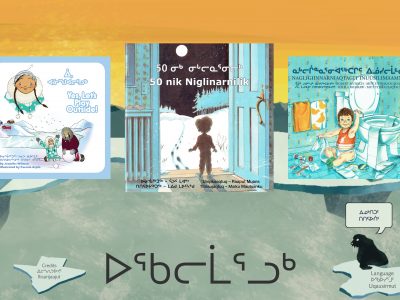 The partnership for designing these tools began when Pinnguaq approached Ilitaqsiniq about joining its application for funding on an interactive language project, says Kusugak.

Pinnguaq, a non-profit organization founded in Pangnirtung, specializes in digital learning tools while Ilitaqsiniq is dedicated to promoting the literacy of Nunavut’s official languages. 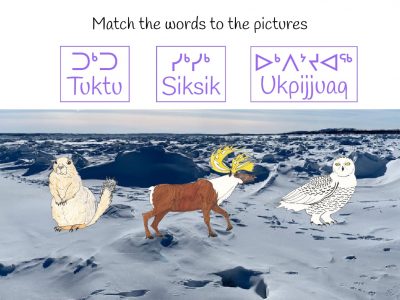 An example of the games teachers can create with the Inuktitut Digital Literacy Game Engine (Photo Credit: Ilitaqsiniq and Pinnguaq)

The typing tool, Iqalliarluk, can be accessed by visiting Pinnguaq or Ilitaqsiniq’s website.

Uqalimaarluk, the digitized books, are available on app stores. The Inuktitut Digital Literacy Game Engine is available on Pinnguaq’s website.