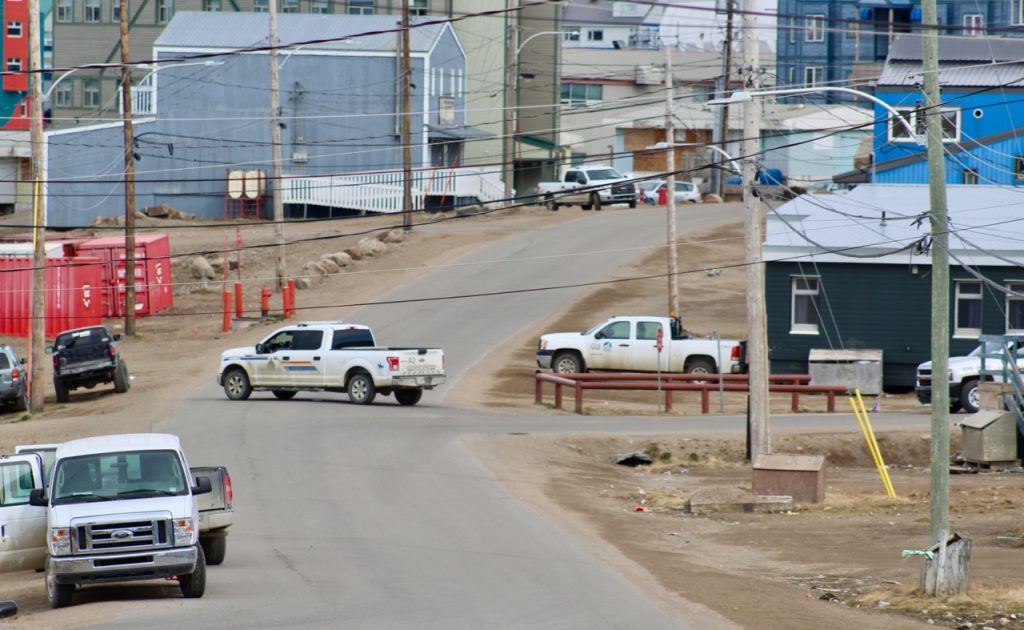 A standoff that unfolded earlier this morning in the 200 block area of Iqaluit is now over, the RCMP said in a news release. (Photo by Emma Tranter)

A standoff in the 200 block of Iqaluit has been resolved peacefully and one man is in custody, the Nunavut RCMP said in a news release issued just before 10 a.m.

In an earlier news release issued at 6:30 this morning, the Iqaluit RCMP said its members were dealing with “a dynamic situation that is quickly unfolding in the 200 block of the city.”

The 230-240 block of Iqaluit was closed off by RCMP vehicles, and the public were told to stay away from the area. The area is now clear.

The Nunavut RCMP’s critical incident team was “activated shortly after receiving a report of a developing situation at a residence with a possible armed suspect,” the release said.

“The V Division Crisis Negotiators worked swiftly and quickly in de-escalating the situation and successfully resolved the situation, resulting in the suspect surrendering to police without incident,” the release said.

Criminal charges are expected and more updates will be provided later today, the RCMP said.

“We are thankful for the peaceful resolution in this situation. The rapid response of the Iqaluit RCMP was instrumental in preventing any potential harm to the community,” Cpl. Jamie Savikataaq said in the release.