“My seat is getting hot this morning” 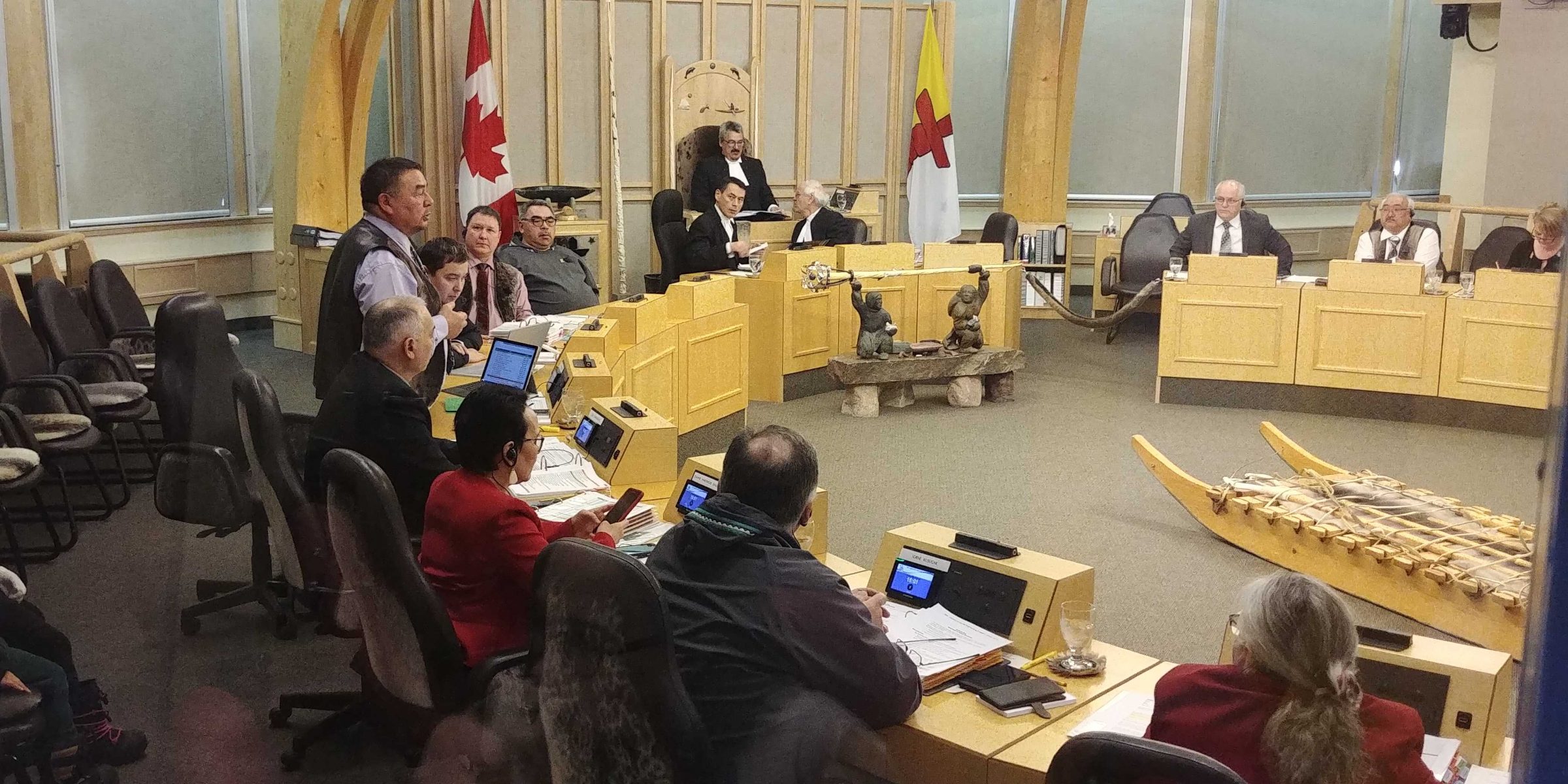 Nunavut’s housing minister, Patterk Netser, recently found himself in the hot seat on Friday, Feb. 21, in the legislative assembly.

Every question raised in question period that day was related to housing, with topics ranging from the need to find housing for a much-needed conservation officer in Qikiqtarjuaq to calls for rental caps in Iqaluit.

John Main, MLA for Arviat North–Whale Cove and chair of the regular members’ caucus, warned Netser of the impending questions in a member statement, saying he was using the Nunavut Housing Corp’s Blueprint for Action on Housing, released in 2016, as a guide.

“I hope the government can see the importance of continuing to shine light on the urgent need for better housing in Nunavut,” Main said. 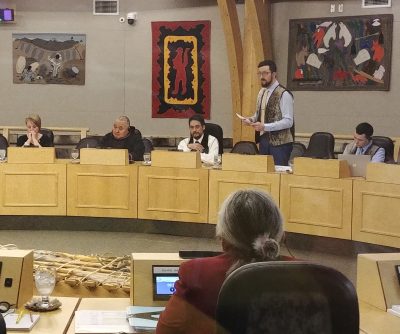 John Main, chair of the regular members’ caucus, says that MLAs will continue to shine the light on the territory’s housing crisis. (Photo by Meagan Deuling)

In another member statement, Tony Akoak, MLA for Gjoa Haven, said that if the federal government can find accommodation for “foreigners and immigrants from across the ocean,” then it should be able to do the same for “the people sovereign to Nunavut who have absolutely no housing.”

“Do your duty and tell the federal government we do need more housing,” Akoak said.

Aggu MLA Paul Quassa opened question period by asking Netser about meetings he has had with the federal minister of northern affairs, Dan Vandal.

Netser said they had a short meeting in Ottawa, and that he gave Vandal a copy of the Blueprint for Action on Housing.

But “we cannot just wait for the federal government on housing,” Netser said.

He said the territory will not move forward until Nunavut Tunngavik Inc. partners with the GN to help build housing in the territory, “but they have not approached to provide assistance.”

Quassa asked what progress has come out of discussions between the GN and the Qikiqtani Inuit Association.

Netser’s response: “I haven’t met with any of them, I’ve just pleaded from this House that we need help.”

“That is unbelievable!” Quassa said to the House. “Instead of just waiting, he should be approaching them.”

The many questions that followed often returned to the need for partnerships, and funding. MLAs asked about issues pressing in their regions, or concerns brought forward by their constituents.

Among them, Main asked if housekeepers who work for the GN can expect to get staff housing, and Pat Angnakak, MLA for Iqaluit-Niaqunnguu, asked if the GN will review the Residential Tenancy Act to enact rental caps in Iqaluit.

Cathy Towtongie, MLA for Rankin Inlet North–Chesterfield Inlet, asked about public housing tenants who make over $100,000 a year, wanting to know what the GN is doing to encourage them to buy their own homes, instead of taking up space in public housing.

“The Blueprint for Action on Housing takes time and it take a whole-of-government approach, plus our partners,” Netser replied.

Akoak asked about how the GN is educating people who live in public and staff housing units about staying on top of maintaining their units, to reduce the GN’s maintenance costs, which Akoak said are $26,700 per unit annually.

To this, Netser said: “My seat is getting hot this morning.”

There were also questions about mould remediation, updating agreements between the NHC and local housing organizations, whether a review will be done of the point system currently used to determine housing eligibility, when a list of which communities will get new staff and public housing will be released, and whether or not new staff housing policies will align with Inuit employment plans.

Tununiq MLA David Qamaniq asked whether or not the NHC will work with the Department of Human Resources to examine a better way of transitioning government employees who are in staff housing, so that when they retire they don’t end up homeless.

“We feel for them,” Netser said. “We want them to apply to the local housing organizations to be included on the waiting list prior to their retirement.”

“I apologize. It is a stark reality for everyone,” he said.

Quassa bookended question period with another question about partnerships. He asked if Netser had met with the QIA to discuss affordable housing on Inuit-owned lands. 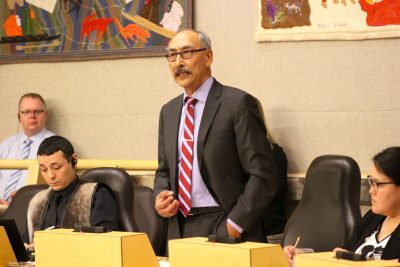 Aggu MLA Paul Quassa asked Patterk Netser why he isn’t reaching out to Inuit organizations to ask for partnerships on housing. (File photo)

Netser said again that he had not met with any Inuit organization personally. “We need help from them,” he said.

“As I indicated earlier, just waiting for someone to approach you doesn’t work,” Quassa said.

Then he said, “He has legs and he can probably walk, their offices are close by.”

Netser responded by saying that the House is no place for personal insults. “I will reach out to the Inuit organizations and ask to request a meeting with them.”