NAM ready to rise from the ashes 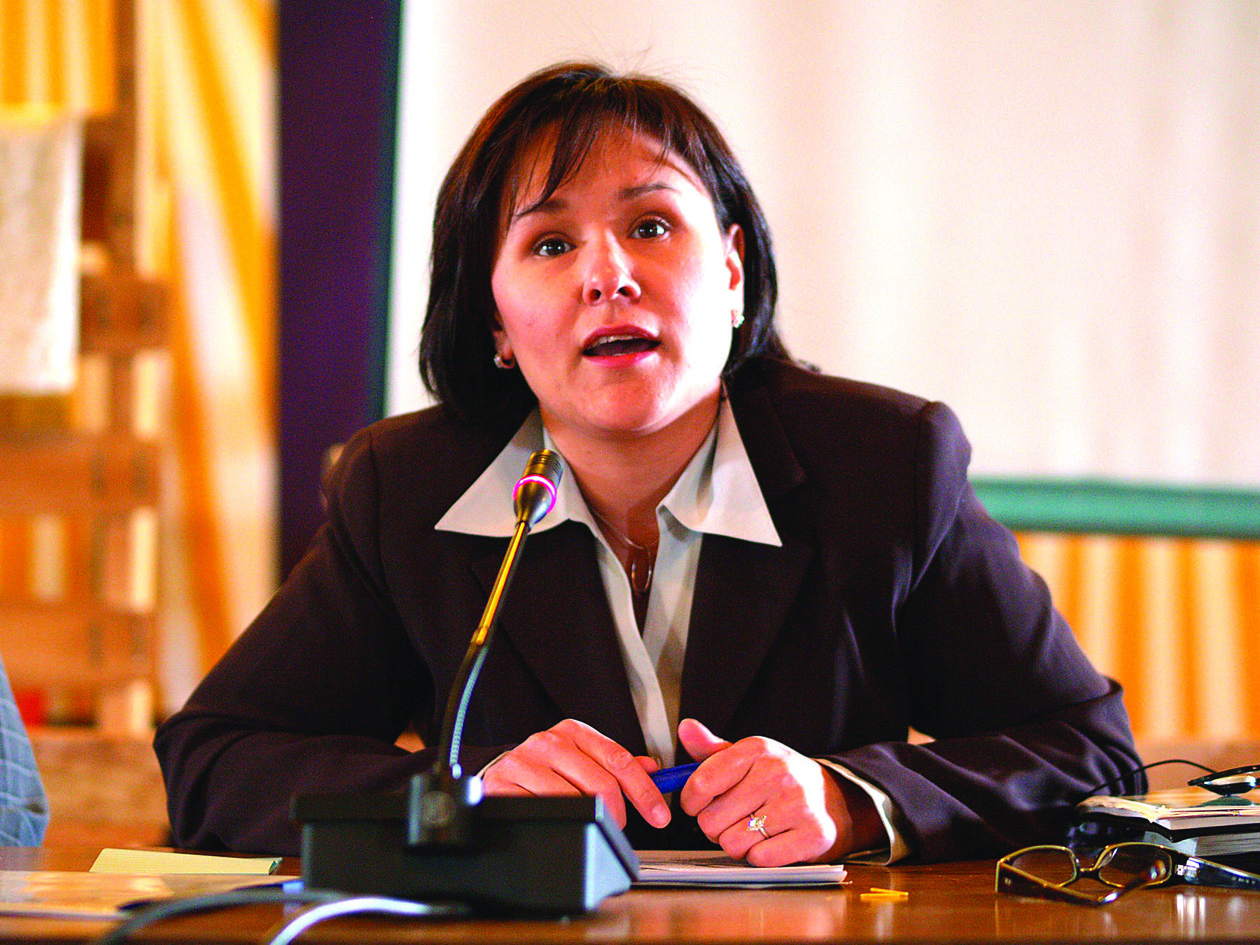 Leona Aglukkaq, then Nunavut’s health and social services minister, speaks to the annual general meeting of the Nunavut Association of Municipalities in Iqaluit in May, 2007. She’s to travel to Cambridge Bay later this month as federal health minister to speak to NAM’s 2009 meeting. (FILE PHOTO)

After a year in the wilderness, the Nunavut Association of Municipalities hopes to get back on its feet with an annual general meeting in Cambridge Bay at the end of the month.

The organization, which has been foundering since last fall, after the departure of former CEO Lynda Gunn, and later, two other staff vacancies, has an AGM scheduled for Aug. 25 to 27.

“In general, the theme [of the meeting] is rebuilding the organization,” said office administrator Abraham Tagalik.

He said the organization’s board is finalizing an agenda for the meeting, which will also see elections for board positions. NAM has hired Mike Courtney, Iqaluit’s former recreation director to coordinate the meeting.

Typically, NAM’s annual get-together is held in May, but problems with staffing and bookkeeping forced the delay.

The Department of Community and Government Services took NAM under its wing earlier this year and is helping the organization sort out its financial records. In June, CGS assistant deputy minister Shawn Maley told Nunatsiaq News that work should be finished by the time NAM’s annual meeting rolls around.

But Tagalik said NAM is now looking to hire a new CEO, although that won’t happen until after the AGM.

“The new CEO will come to at least a functional organization that’s running,” he said. “At least the AGM will be out of the way as well, so they’ll have [a] direction to go.”

NAM’s membership is also complete once again: Tagalik said Baker Lake is back in the fold after leaving in 2008. The hamlet left in 2008 over concerns the organization wasn’t doing enough for its membership.

Delegates may also discuss new rules governing how hamlets can decide to withdraw from the organization, Tagalik said.

But Tagalik that doesn’t mean all communities will have representation at the meetings because the cost of travel, and the fact that it could be as much as a two-week journey for some officials, mean some hamlets may not be able to attend.

Scheduled to speak at the meeting are Leona Aglukkaq, the federal health minister and Nunavut’s MP, Keith Peterson, the finance and justice minister, and CGS minister Lorne Kusugak, Tagalik said.