Narwhals and belugas may be at high risk for coronavirus infection, researchers fear

And Arctic Ocean ecosystems may be at greater risk from new and emerging viruses than other water bodies, especially as it undergoes rapid change 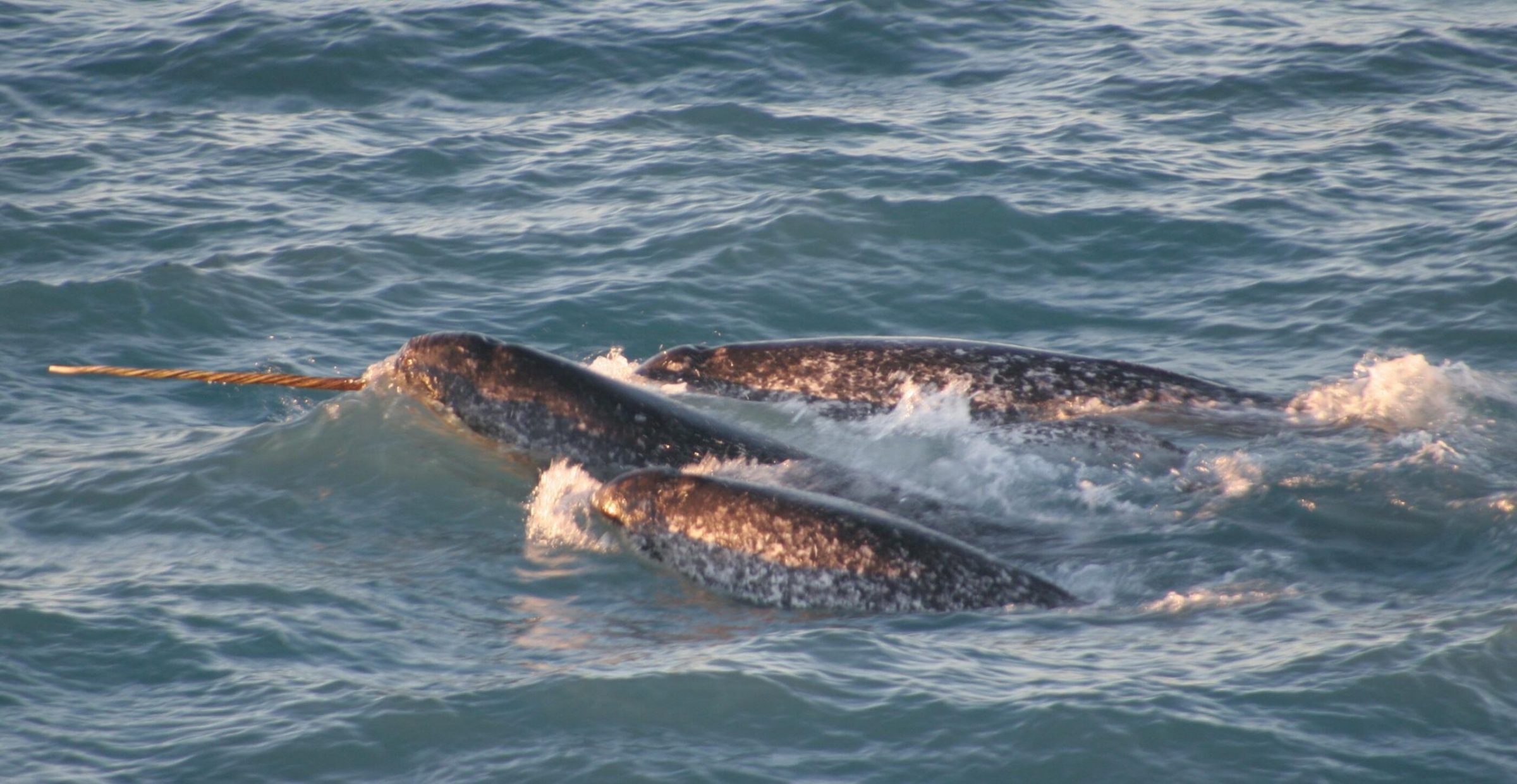 Recent research indicates that baleen and toothed whales, such as narwhals and belugas, could be susceptible to the new coronavirus that causes COVID-19.

A team of researchers at the University of California Davis have created a list of animals with ACE-2 receptors likely to bind closely to the coronavirus, officially known as SARS-CoV-2.

While this is how humans are infected with the virus, it’s not clear whether animals are infected in this way. More research needs to be done, said Harris Lewin, one of the lead authors of the preprint study, which has not yet been peer-reviewed or published in a scientific journal.

“Except for those species that have been shown to be experimentally or naturally infected, all of these predictions must eventually be confirmed,” Lewin said.

However, the results do indicate which animals could be at risk and need further study. Humans could transmit the virus to certain animals, including endangered wildlife, which could also function as reservoirs of the virus and infect more people in the future.

Lewin, along with Martin Nweeia, a dentist-turned-narwhal researcher, recently spoke at a Wilson Center briefing and highlighted the possibility of Arctic marine mammals contracting COVID-19.

While both baleen and toothed whales were classified as having a high risk of potential infection in this research, toothed whales have also lost a key gene that helps fight viruses, a 2015 study found. 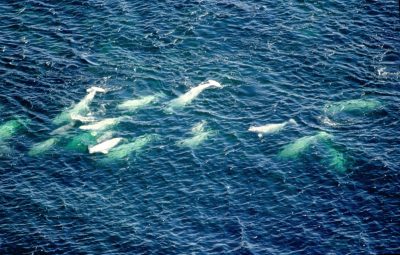 A school of beluga swim in the waters of Hudson Bay near Churchill, Manitoba in a 1999 file photo. (Ansgar Walk / CC BY-SA 3.0 via Wikimedia Commons)

While whales are apparently susceptible to coronaviruses carried by birds — especially seabirds that cluster above pods of whales while feeding — that doesn’t mean they’re also susceptible to betacoronaviruses like SARS-CoV-2. (Birds are likely not carriers of SARS-CoV-2, biologists say.)

“More study is needed to establish if this risk can indeed happen in the wild, and examine the potential modes of transmission that might cause infection,” Nweeia said.

The coronavirus pandemic could alter the way Arctic researchers interact with marine mammals, Nweeia said. “Do we require scientists working with whales in the wild to undergo additional precautions, or testing before being allowed to conduct research?”

Other questions about human-whale interactions persist in light of the coronavirus pandemic.

“But do we need to expand the monitoring of potential animal contamination?”

If whales are susceptible to SARS-CoV-2, it could have implications for subsistence hunting — from monitoring whale populations for illness to making sure the virus is not transmitted to hunters and those who consume the whales.

“We know plastics have made it to the Arctic food web. Should we not be looking at viral contamination sources?” Nweeia asked. These are the next questions researchers and conservationists would like to see investigated, he said.

“And though we have largely focused on respiratory transmission, we also need to consider wastewater and fecal contamination.”

SARS-CoV-2 can be detected in fecal material for weeks, although it’s unclear how contagious it is during that time. Other studies have found fragments of the virus in the wastewater systems of European cities before cases of Covid-19 were confirmed there, and preliminary research has also looked at wastewater monitoring in Boston in order to predict the number of coronavirus cases.

There’s still much scientists don’t know about fecal transmission of SARS-CoV-2, particularly from people to animals, but it could be a cause for concern.

As climate change opens the Arctic up to increased shipping traffic, contaminated wastewater could be introduced into the ocean.

“And though speculation might assume immediate destruction of such viruses in the Arctic Ocean, we also need to understand that this ocean is quite different than others,” Nweeia said.

The Arctic Ocean has multiple brackish-water inlets used by migratory marine mammals, he said, “as well as glacial runoff and summer ice melt adding to the freshwater system that can influence marine life and likewise viral survival.” 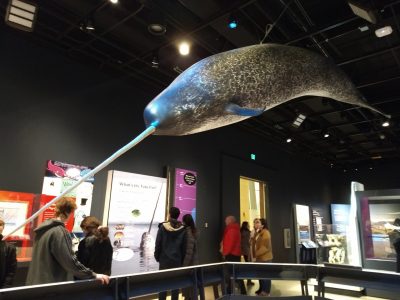 This 18-foot-long sculpture of a male narwhal hangs over a Smithsonian exhibit. (Melody Schreiber)

Viruses in the sea, Nweeia said, “are a reservoir of the greatest genetic diversity on Earth.”

A 2019 study in the journal Cell detected nearly 200,000 viruses in ocean harbors — and the Arctic Ocean in particular contained “virus diversity hotspots.”

Another study from 2019, published in the journal Nature Communications, found that reductions in Arctic sea ice may be speeding up the introduction of new viruses from the North Pacific and Atlantic oceans. Surges in cases of phocine distemper virus (PDV) in Alaska marine mammals were closely linked to years with low sea ice.

“The environment is changing and the ice is opening, which means that animals, and people honestly, are able to move into places that they couldn’t previously go,” Tracey Goldstein, an author of the Nature study, told ArcticToday. “And they can also bring the viruses with them.”

“That might be even more of an immediate concern than the permafrost melting and viruses emerging from there,” Goldstein said. “Animals and people are changing their behavior, coming into contact, and that’s leading to either increased distribution of viruses, as well as spillover of viruses.”

Goldstein’s previous research also revealed that elephant seals migrating from California to Alaska and back picked up a strain of influenza along the way. The transmission route wasn’t clear; Goldstein hypothesized that the virus could have been transmitted by flocks of sea birds or in wastewater from ships.

Many of the viruses found in the ocean are harmless to humans, and they are only transmitted through certain hosts.

However, the emergence of new viruses, like SARS-CoV-2, and the appearance of existing viruses in new environments, like PDV in the Arctic, could have profound effects upon the health of animals and the people who depend upon them.

And the Arctic in particular is vulnerable to such changes, Goldstein said. “It’s vulnerable to introductions of new things that didn’t used to exist there, simply because there was ice in place that is no longer there.”

“We’ll probably start to see different things that will be showing up in marine systems that didn’t used to get there, primarily because of climate change and our behavior that’s changing,” she said.