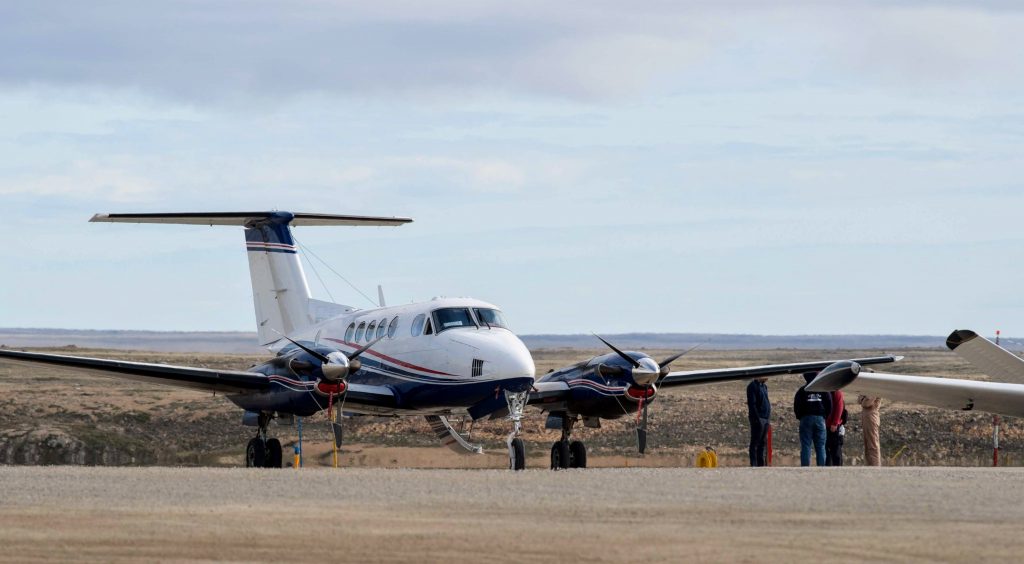 NASA’s King Air B-200 turboprop pays Cambridge Bay a visit in early August. The aircraft is loaded with special sensors used by researchers to detect changes to the tundra. (Photo courtesy of Polar Knowledge Canada)

Where can you get the best view of climate change impacting the Arctic landscape? If you ask researchers with NASA, the answer may be way up in the air.

That’s the approach being taken with the Arctic-Boreal Vulnerability Experiment, which saw a King Air B-200 turboprop aircraft loaded with special sensors criss-crossing the skies above Cambridge Bay for several days in early August.

That work is just a small part of a 10-year campaign that encompasses more than 100 projects being conducted by over 700 researchers. Most of that work is being done further west of Nunavut, from the Northwest Territories to Alaska.

But, since the project’s inception, it’s also expanded to include parts of the Kitikmeot and the High Arctic, with two projects based at the Canadian High Arctic Research Station in Cambridge Bay.

The aim is to take a really long view of how climate change is changing the northern landscape, as permafrost melts, the treeline marches north, and changes at the bottom of the food web ripple their way through species. 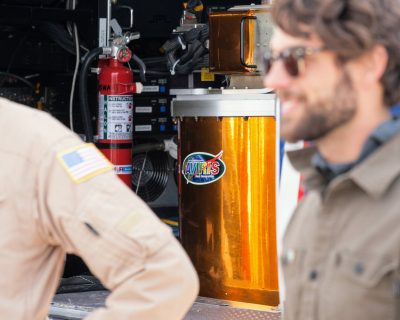 “It’s hard to get field researchers across even a small part of the Arctic,” given the vast area and sparse populations of the region, said Adam Houben, a science officer for Polar Knowledge Canada. He’s the agency’s main lead on the collaboration with NASA for the experiment’s field campaign.

“So using remote sensing and any of these airborne instruments is really key to understanding the North.”

Similar flights were conducted near Cambridge Bay in 2017. But this year, there were also researchers getting their hands dirty in the same area as the aerial survey, to help corroborate the data being gathered by the airborne sensors.

That includes kinds of light that the human eye can’t see. This data, combined with a lot of fancy computer modelling, allows researchers to piece together things like chlorophyl and nitrogen levels to help assess the health of plants.

Researchers will also try to understand how changes in the composition of the landscape will affect animals that Arctic residents depend upon, such as fish and caribou.

The hope is that aerial surveys near Cambridge Bay will continue in the future. It’s also possible that a partnership with the Canadian Space Agency will allow researchers to harness satellite data to make similar observations. 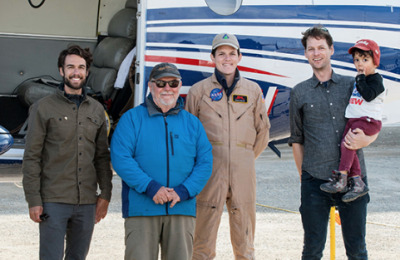 While NASA’s airborne sensors are able to see a lot, they still depend upon clear skies. That posed a problem in Cambridge Bay, where it’s largely been overcast, said Houben.

When the skies did clear, the aircraft, which had been operating in Inuvik, was brought over. That left short notice to invite residents to check out the aircraft.

“We only got the advertisement out that morning,” said Houben. Despite that, some 50 residents came to see the equipment and meet the flight team.

One week later, Houben said, a similar number of residents visited CHARS to learn about the work of the field researchers.