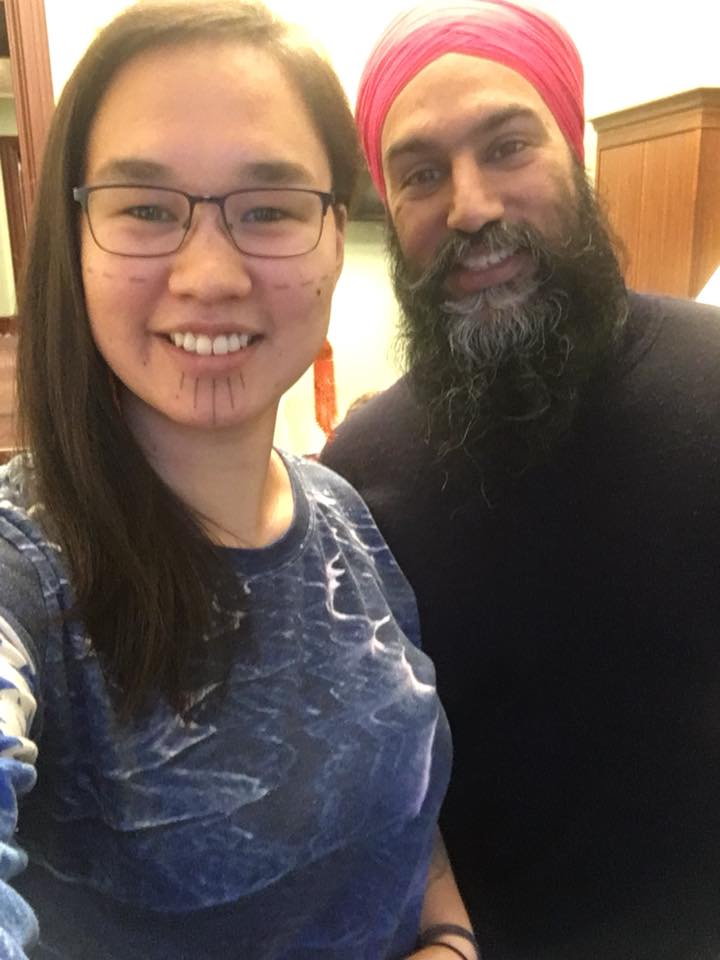 Nunavut MP Mumilaaq Qaqqaq will accompany the NDP’s national leader, Jagmeet Singh, on a visit to Iqaluit this weekend. Their visit will include a meet-and-greet event at the Blackheart Café between 10 a.m. and 11 a.m. on Saturday, Nov. 30. (Facebook photo)

Iqaluit residents will get a chance this weekend to meet Jagmeet Singh, the New Democratic Party’s national leader, who’s about to start a three-day visit accompanied by Nunavut MP Mumilaaq Qaqqaq.

Singh also announced that Qaqqaq, who took 41.2 per cent of votes cast on Oct. 21 to win the Nunavut seat for Singh’s party, will serve as the NDP’s critic for northern affairs, the Canadian Northern Economic Development Agency and as deputy critic for natural resources.

Singh will arrive on Friday, Nov. 29, when he’ll hold meetings with representatives from the Government of Nunavut, the Qikiqtani Inuit Association, Nunavut Tunngavik Inc. and Qaggiavuut, an itinerary posted on Facebook said.

On Saturday, Nov. 30, you’ll get a chance to talk to Singh yourself, at a meet-and-greet event inside the Blackheart Café between 10 a.m. and 11 a.m.

Later that morning, Singh will visit the Christmas craft fair at Inuksuk High School between 11:30 a.m. and 1:30 p.m.

Following that, he’ll visit the Tammaativvik boarding home for travelling medical patients between 2 p.m. and 3 p.m.

And tomorrow evening at 7:30 p.m., Singh will take in an exhibition hockey game at the Arctic Winter Games Arena, between R.L. Hanson Construction Ltd. and Qikiqtaaluk Properties Inc.

Singh, who represents the riding of Burnaby South in the House of Commons, has served as the NDP’s national leader since Oct. 1, 2017.

His party won 24 seats in the Oct. 21 federal election, down from the 39 they held prior to the dissolution of Parliament.