Blaze damaged exterior of fourplex in the 2200 block 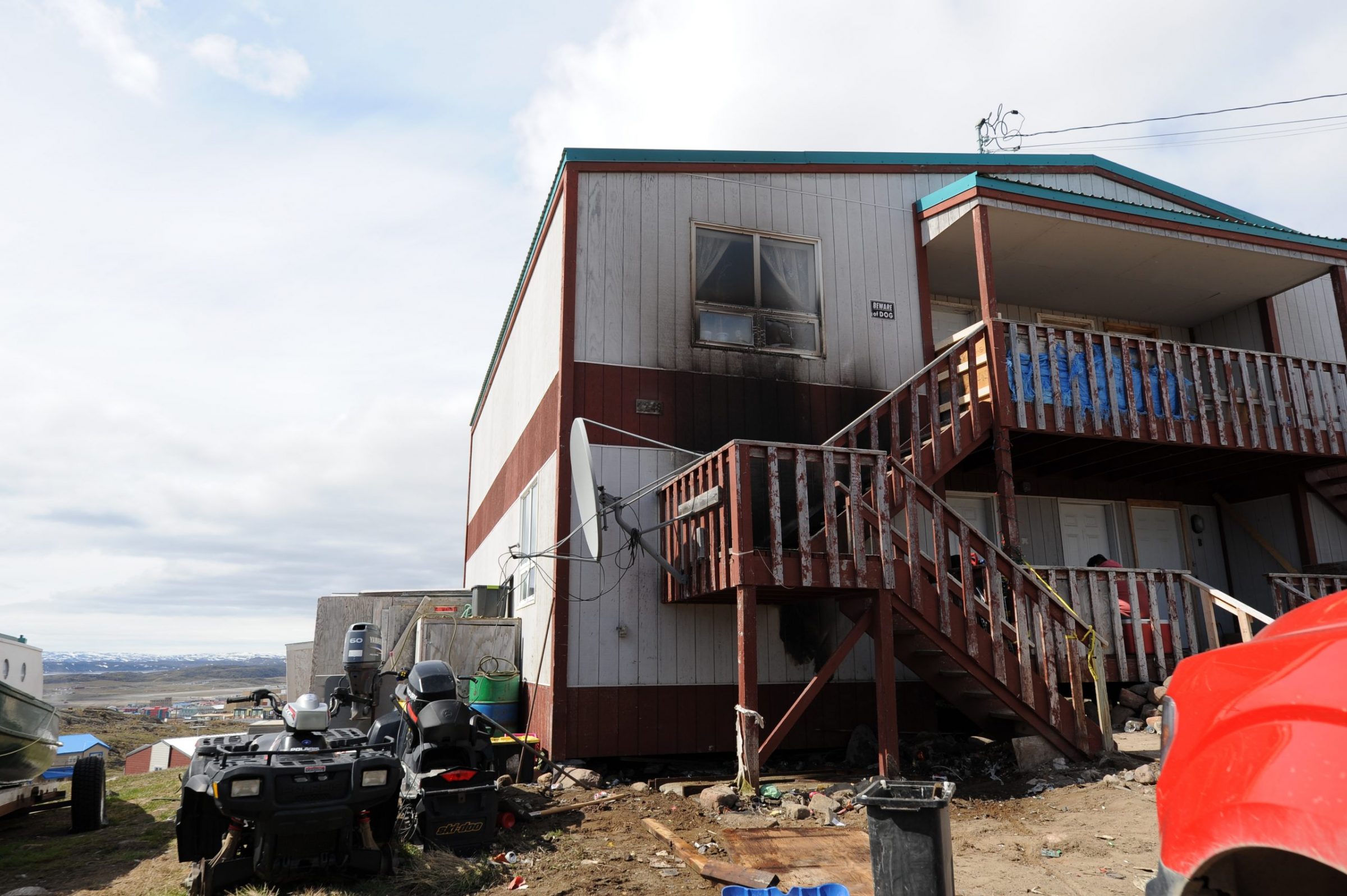 A fire in Iqaluit damaged the outside of a building in the 2200 block Wednesday morning. (Photo by David Venn)

Quick-acting Iqaluit residents are being credited for helping to contain a building fire early Wednesday until firefighters were able to douse the blaze.

Emergency services responded to the fire at a fourplex in the 2200 block around 7:45 a.m., city spokesperson Lisa Milosavljevic said in a news release.

Four emergency vehicles and 11 firefighters attended the scene, where they found the fire had spread to sheds in front of the building and along the building’s exterior.

The fire kept from spreading, Milosavljevic said, because of neighbours who helped contain the fire with extinguishers until the firefighters arrived.

There were no reported injuries and nobody has been displaced as a result of the fire, she said.

Emergency services, in the news release, asked residents to keep stairs clear of debris and flammable objects away from the perimeter of a building to help reduce the risk of fires.