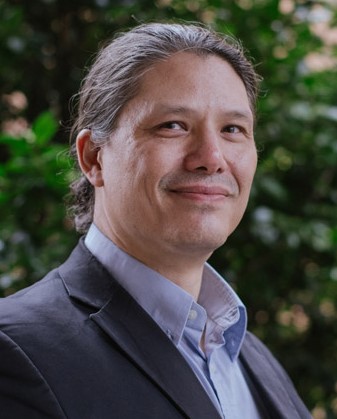 Dr. Sean Wachtel is taking over for out-going Dr. Michael Patterson as chief public health officer of Nunavut. Wachtel said he wants to continue tackling systemic racism in health care and is impressed by the hard work and efforts of the territory’s health staff. (Photo courtesy of First Nations Health Authority)

Now that he is the chief public health officer of Nunavut, Dr. Sean Wachtel said he will continue working to address systemic racism in health care.

“As a patient, we need to be able to approach our provider and be heard,” he said in an interview.

To do that, Wachtel wants treatment plans for health care in the territory to be culturally appropriate.

While initiatives that have started in areas like Nunavut — such as programs for retraining medical staff — are new, they are the type he wants to see implemented “to help providers give better care to Indigenous populations all over the country and particularly in Nunavut.”

After holding clinics in Iqaluit and the Kivalliq in 2019 and coming up periodically again since April this year, Wachtel said he was drawn to the spirit of the people in Nunavut, as well as the physical beauty of the place.

“So I was delighted to be afforded the opportunity to join the team,” he said.

Before replacing Patterson, Wachtel was senior medical director for Aboriginal Health and medical health officer for the First Nations Health Authority in B.C.

He did his schooling at the University of Liverpool in the United Kingdom and was a physician with the British Royal Air Force from 2004 until 2009, when he immigrated to Canada.

Once here, Wachtel said, he felt drawn to working with Indigenous people after learning about the country’s history of colonization and its impact on health care.

“Generally, I think people have an innate sense of what is just and would like to correct [what is unjust],” he said, mentioning the anti-racism movement and the Truth and Reconciliation Commission of Canada.

“I felt so much drawn to that area of work.”

As part of that, Wachtel has specialized in public health since moving to Canada.

He said systemic racism in Canada’s delivery of health care is by design. By having a system that was created for and by the people who colonized the country, it does not recognize the needs of Indigenous people.

For Nunavut specifically, that means addressing several challenges, including the delivery of health care to a vastly spread-out population.

“That’s the meat and potatoes of the problem,” Wachtel said.

Another thing that drew him to Nunavut was the way the territory’s health-care workers operate in spite of the challenges.

“The dedication and commitment of the staff in Nunavut is second to none, and I find it very inspiring to work with such hardworking people,” he said.

Wachtel said in the short-term, his goals are to use his public health expertise to provide advice to the territorial government on health-care decisions.

In the medium or long-term, he will go onto federal and territorial tables and advocate to get the resources needed for Nunavut’s population.

That kind of work is usually done by reviewing scientific evidence, then taking that information and making an argument using the context of recommendations from the truth and reconciliation report, he said.

While there are challenges ahead in improving Nunavut’s health care, Wachtel said he is honoured and privileged to take up his new position.

“I hope that people find me approachable and respectful of their points of view, and that’s my [way of operating] that I will carry forward,” he said.