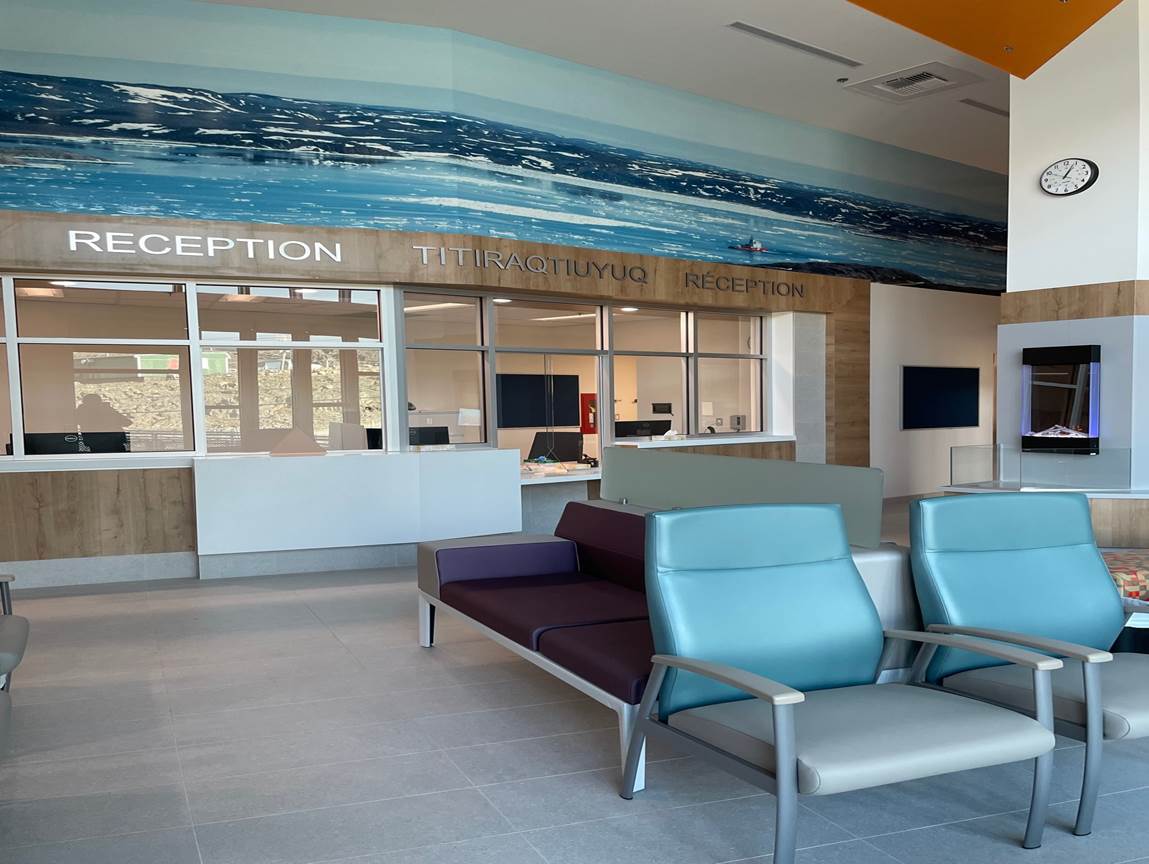 The waiting room at the new health centre in Kinngait is pictured here. (Photo courtesy of the Health Department)

About 40 people were seen daily at Kinngait’s new health centre during its opening week.

The new, bigger centre in the community of about 1,547 people, features new “calming rooms” for people to use when they feel stressed or overwhelmed, according to a Government of Nunavut news release.

It’s more spacious than the old hospital, with room for physicians, physiotherapists and other specialists, said Danarae Sommerville, a spokesperson for the health department.

There is also an emergency room, room for X-rays and two dental offices, on top of eight clinical rooms where patients can be seen, Sommerville said in an email. 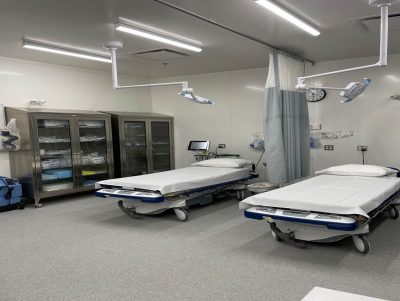 The centre’s phone system has also been upgraded to provide faster emergency services after hours.

Now, the emergency phone line goes to a cell phone instead of an old cordless phone that had inconsistent reception depending where people called from. The complications were caused by the land topography around Kinngait, Sommerville said.

Services offered at the new health centre will be the same as other centres across the territory  — not full hospitals — but if an emergency or unexpected birth occurs, the clinic has the necessary equipment to accommodate that.

Kinngait’s new health centre is opening amid temporary closures of eight others around the territory, caused by nursing shortages.

Sommerville said at the Kinngait centre, there are currently five community health nurses, one public health nurse, one mental health nurse and a home care nurse.

Several clerk interpreters, housekeepers and other staff are also working, she stated.

“The situation is fluid and staffing levels may continue to fluctuate,” Sommerville said, noting there is a national shortage of health-care professionals and the GN competes with other Canadian jurisdictions and the US to hire staff.

In March, staffing company Bayshore Healthcare entered a muti-year contract to be the GN’s main provider of nurses and midwives.

This partnership and hiring over the last few weeks allowed the Department of Health to avoid having to close more health centres during the summer, but some closures may be necessary if staffing levels change, the GN stated in a news release in mid-July.