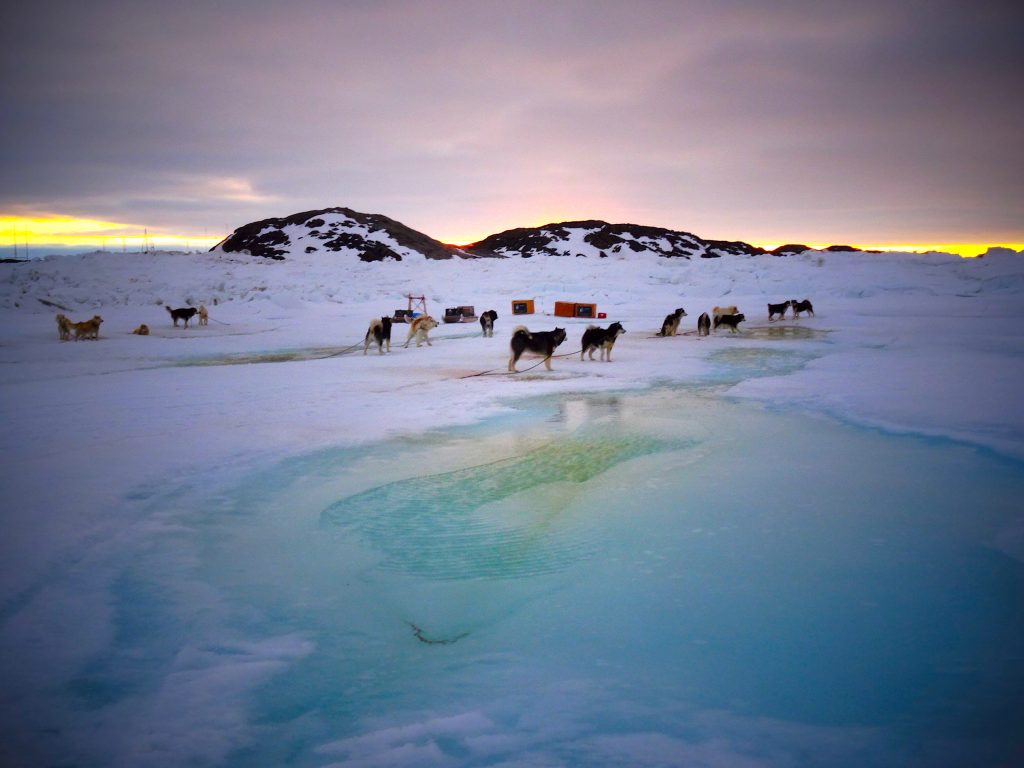 Inuit sled dogs are seen standing on the melting bay ice near the causeway in Iqaluit in May. A new scholarship aims to help an Inuit student study environmental technology. (File photo)

If you are an Inuk student from the Qikiqtani region, you can apply for a $2,500 scholarship to encourage students to undertake environmental technology studies.

The scholarship, which has been set up in memory of Siu-Ling Han, a long-time Iqaluit resident and sled-dog musher who died in 2016 of cancer, is open to students who plan to attend Nunavut Arctic College’s Environmental Technology program this fall as either an incoming or second-year student.

“Everything is closed now, but students who are interested can start writing a one-page essay explaining why they want to study ET, why they think they deserve the scholarship, and how they think they’ll be able to contribute to Nunavut’s environmental and wildlife programs Siu-Ling was involved in,” said Siu-Ling’s mother, Kim Han.

Many across Nunavut knew Siu-Ling from her work as a biologist, specializing in Arctic wildlife management issues and contaminants, first for the Government of Nunavut, then for the Canadian Wildlife Service and what was then called Environment Canada.

Han also studied Inuktitut with pioneering Inuktitut-language teacher Mick Mallon at Nunavut Arctic College in an intermediate-level class along with Mary Wilman, who is now a teacher at Iqaluit’s Pirurvik Centre, and later with private tutors.

Siu-Ling’s goal was to follow meetings, talk with hunters and fellow sled-dog mushers, and to better understand—and contribute to—Nunavut.

Through the scholarship, her family said they hope to keep Siu-Ling’s spirit alive by giving young Inuit the opportunity to continue the work she was doing in the North and her respect and love of its people, the environment and wildlife.

Kim Han has also written a book about Inuit dogs, whose sales benefit Qimmivut, a land-based program of the Ilisaqsivik Society.

Han said this mental-health and mentoring program for Inuit youth honours Siu-Ling and “the way she cared about people, the environment, northern wildlife and her beloved Inuit dogs.”

For more information, you can email Han: SiuLingHanScholarship@gmail.com