NORAD’s eyes in the sky keep watch for Santa 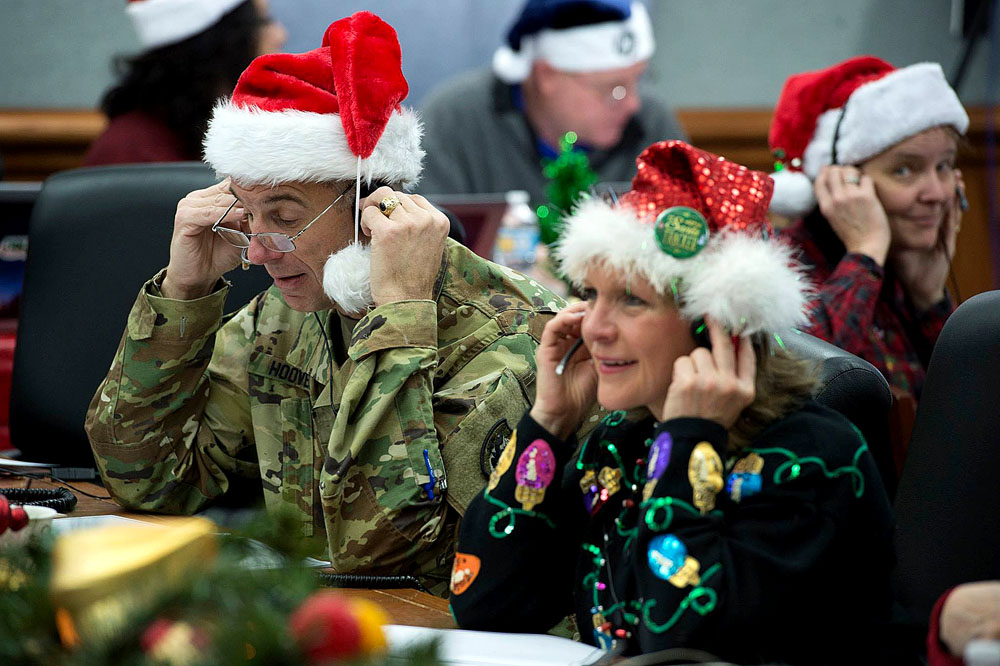 Where is Santa? Call NORAD at 1-877-446-6723 or email noradtrackssanta@outlook.com to talk to a live #NORAD Santa tracker! #NORADTracksSanta (HANDOUT PHOTO)

Don’t worry kids. The big man in red will make it to your house on time this Christmas Eve.

The Santa Tracker’s revamped website provides different ways for kids to follow Santa Claus as he prepares for his annual Christmas journey.

NORAD, a U.S.-Canada defence agency, is in charge of aerospace and maritime warnings in the United States and Canada, as well as monitoring aerospace around the globe.

But each year since 1955, NORAD’s secondary mission has been to track Santa as he travels around the world during the holidays.

“In addition to our day-to-day mission of defending North America, we are proud to carry on the tradition of tracking Santa as he travels along his yuletide flight,” said General Terrence O’Shaughnessy, the commander of NORAD’s northern operations.

“The same radars, satellites and interceptors employed on December 24 are used year-round to protect Canada and the United States.”

Additionally, there are social media channels, a Santa Cam video stream and a call centre that operates around the clock on Christmas Eve, a Royal Canadian Air Force news release said.

More than 1,400 volunteers are expected to join NORAD on Peterson Air Force Base in Colorado Springs to help track Santa’s journey, the news release said.

On Dec. 24 anyone can call 1-877-HiNORAD to find out Santa’s up-to-date location starting at 6 a.m. EST. They can also send an email or follow along on social media.

As well, on Christmas Eve, starting at 2:01 a.m. EST on Dec. 24, website visitors can watch Santa make preparations for his flight.