Nov. 7: a day to celebrate being Inuit 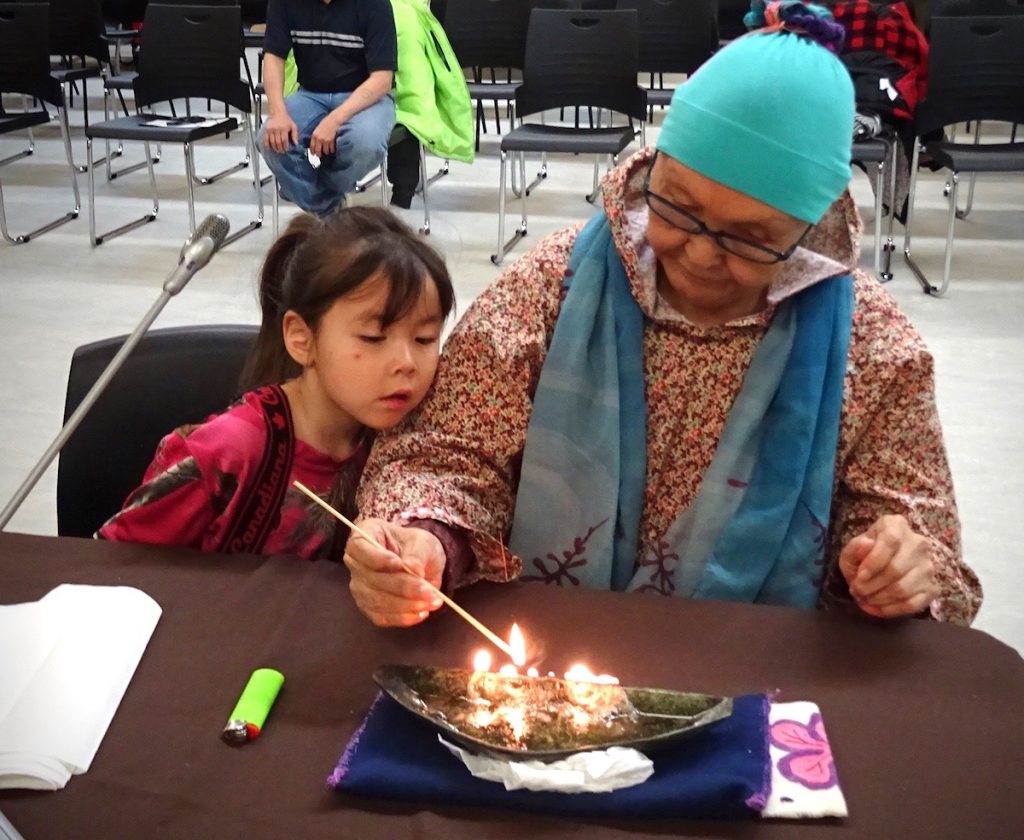 Today is International Inuit Day. Here, Eva Kakolak of Cambridge Bay lights a qulliq at an October event as her granddaughter looks on. International Inuit Day was first declared in 2006 by the Inuit Circumpolar Council general assembly in Barrow, Alaska. Nov. 7 was chosen to commemorate the birthday of the ICC’s late founding president, Eben Hopson. In 1976, Hopson rallied Inuit leaders in Greenland, Canada, the United States and Russia to form an international organization, then called the Inuit Circumpolar Conference. “The single most important issue facing all Inuit, regardless of where they live, is the preservation of a unique culture, identity and way of life before they are destroyed by large-scale industrial development and the intrusions of southern society,” Hopson said at the time. (Photo by Jane George)