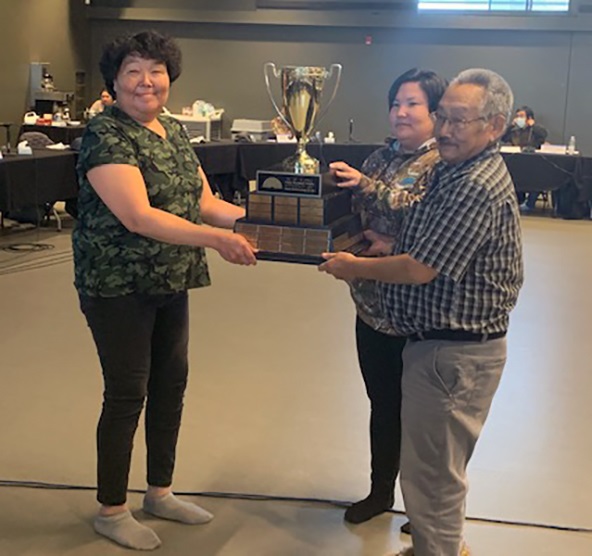 Jessie Baron, left, accepts the Peter Murdoch trophy for Kangiqsualujjuaq’s co-op, which was awarded as best performing co-op for 2019 at this year’s 54th annual general meeting of Ilagiisaq, or the Fédération des co-opératives du Nouveau-Québec, held in Kuujjuaraapik Oct. 6-9. The general assembly approved a return of $10.5 million to Nunavik’s 14 member co-ops, although it will be distributed later this year than usual. (Photo courtesy of Ilagiisaq)