Kativik Ilisarniliriniq’s council will elect a new president in December 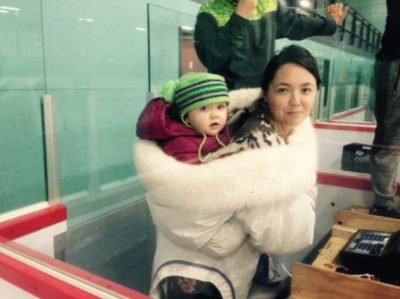 And the council’s first task will be to elect a new president of the school board in early December.

That’s because KI’s current president, Robbie Watt, was not re-elected as a commissioner for Kuujjuaq.

In a two-way race in Kuujjuaq, Melinda Hickey was elected as new KI commissioner with 80 votes, while Watt received 64.

“Change is good,” said Watt, who served as president over the council’s last three-year term.

“Education is key to success. I can only encourage [Nunavimmiut] to embrace the challenges that go with it,” he said.

Hickey is a former employee of KI who has also served on Kuujjuaq’s local education committee. The mother of four said she plans to focus on improving the delivery of education to students as well as creating more equity among KI staff.

“I have a strong vision and I want to bring new and fresh ideas to the table. Having a good curriculum while keeping the language and culture strong is so important.”

The following commissioners were elected for other Nunavik communities:

Elections were postponed in Akulivik, though KI has not set a new election date for the community.

The elected commissioners will serve a three-year term as members of KI’s council. The council will meet next from Dec. 7-10, when it will elect a new president and members of its executive committee.

Watt will remain in his function as immediate past president until that time, KI said.