But communities insist on strict measures for allowing workers into region 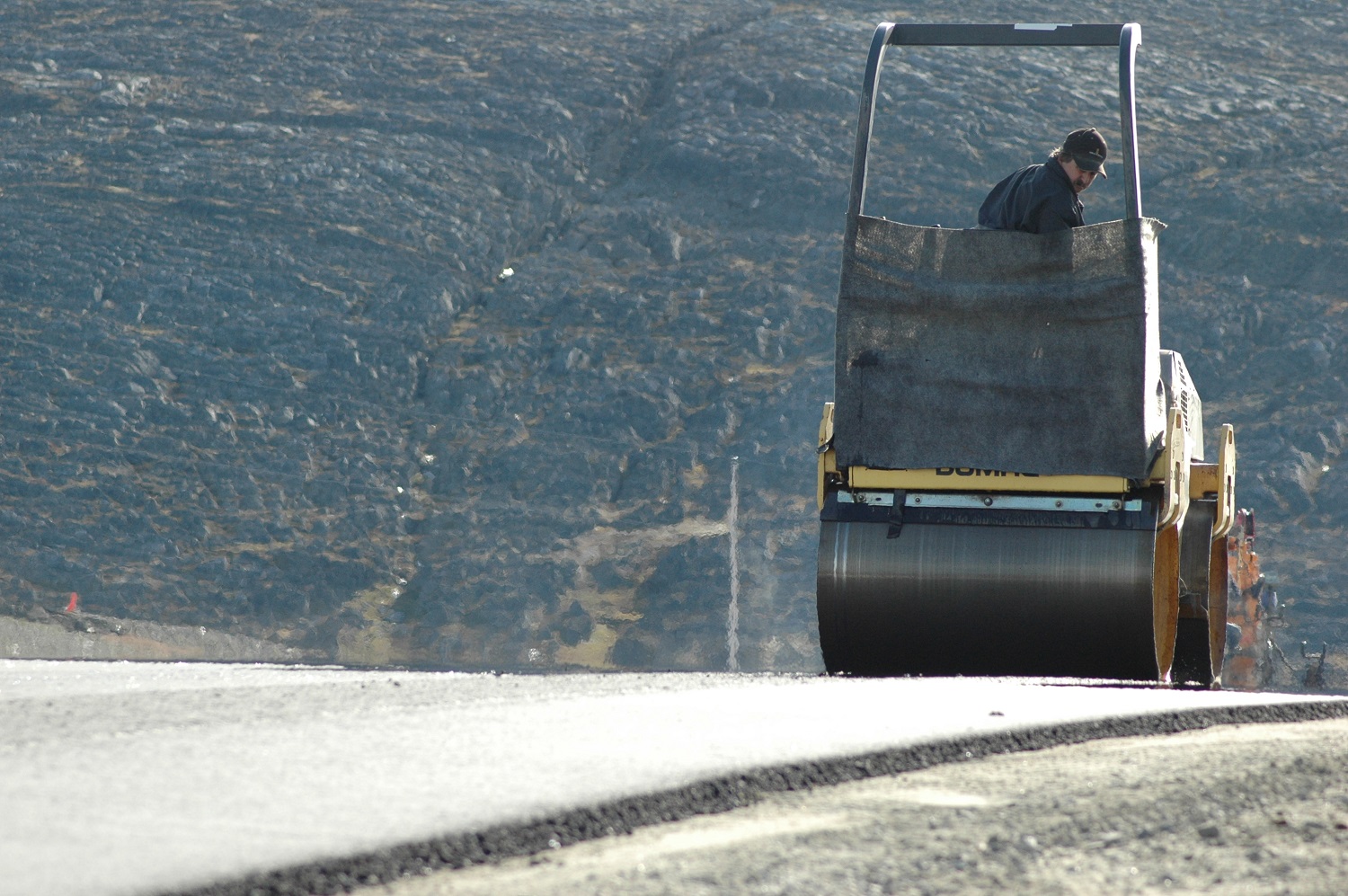 A worker paves a section of roadway in Kangiqsujuaq in 2010. (Photo by Sarah Rogers)

Nunavik’s emergency response committee has now opted to end an 11-week curfew in the region’s communities, as well as lifting any remaining limits to alcohol sales.

Those restrictions are lifted as of Tuesday, June 16, the Kativik Regional Government said in a release put out the same day.

A curfew was first implemented in Nunavik’s 14 communities on March 29 as an effort to prevent the spread of COVID-19, initially requiring residents to stay at home between 9 p.m. and 6 a.m.

The committee had also placed limits on when and how much alcohol Nunavimmiut could purchase from local stores in communities that have them, or through orders from southern retailers.

Nunavik has been free of COVID-19 since May 5, and since the beginning of June, the Nunavik–Regional Emergency Preparedness Advisory Committee (N-REPAC) has been gradually easing some of the measures it put into place.

The KRG also announced on June 16 that Nunavik’s construction sector will reopen on July 6, meaning construction workers from the south can come into the region starting that day.

Starting on June 29, contractors will be required to book screening appointments for their construction workers with southern health authorities, before they are allowed to travel to Nunavik.

“The Northern Villages are insisting that public health officials introduce very strict mitigation measures to control the threat of having outside construction workers transmit the disease in their communities,” the KRG said in a June 16 news release.

The regional committee has not specified that workers must quarantine for 14 days before coming into the region, as was previously required of essential workers flying to Nunavik.

One Nunavik community already declined an important health centre renovation in May when the regional health authorities offered to waive restrictions to allow a construction crew to fly to Kangiqsualujjuaq and essentially isolate itself during its work period there.

Kangiqsulaujjuaq’s municipal council said the project posed too great a risk for the community, which has faced tuberculosis outbreaks in recent years.

Two other Nunavik communities, Kuujjuaq and Puvirnituq, will authorize some construction projects this summer, the KRG said, “but with certain limits and conditions.”

Since the COVID-19 pandemic began, the region’s emergency response committee has been following the Quebec’s public health directives for the gradual reopening of services, though tailoring them to the needs of Nunavik.

In recent weeks, the region has reopened childcare centres and summer camps for children and youth, as well as intercommunity travel, though travel to and from the region remains restricted to essential workers or medical travel.

“The N-REPAC is also waiting for public health recommendations on the lifting of the travel ban in Nunavik,” the KRG said in its release.

“Currently only essential workers and those travelling for humanitarian reasons or following a medical appointment are allowed to travel to Nunavik from the south.”