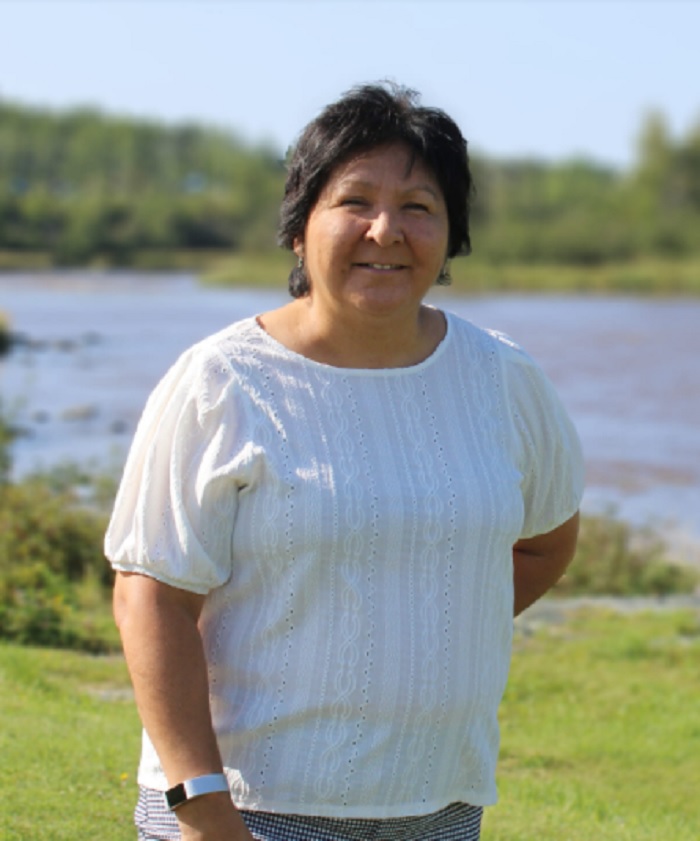 Kistabish, an Anishinabe community leader from Abitibiwinni First Nation (Pikogan), is the Liberal party candidate in the riding that encompasses Nunavik. (Photo courtesy of the Liberal Party)

Nunavik Liberal wants to bring Indigenous perspective back to Ottawa

Lise Kistabish thinks her personal and professional experience would be a major asset to the House of Commons.

Kistabish, an Anishinabe community leader from Abitibiwinni First Nation (Pikogan), is the Liberal party candidate in Abitibi–Baie-James–Nunavik–Eeyou, the sprawling riding that includes Quebec’s Nunavik region. She’s one of two Indigenous candidates in the riding, the other being the NDP’s Pauline Lameboy.

“I have 25 years of project management experience. I want to go further to help Indigenous communities,” Kistabish said in a recent French-language interview with Nunatsiaq News.

Kistabish, 54, speaks French, Algonquin and English and has worked in public administration for the last few decades, most recently as the executive director of the Council of the Abitibiwinni First Nation.

Kistabish ran in the 2008 federal election campaign for the Conservative party, but pulled her candidacy before the election due to differing opinions with the party, she said.

More than a decade later, Kistabish felt the time was right to pursue a new leadership role, and said the Liberal party had the right platform to align with.

“Housing is very important to Indigenous communities and there is a shortage of it,” she said.

“And the Liberal party has a strong strategy to house people over the next four years.”

A Liberal government plans to build on its existing National Housing Strategy, which pledged to spend $70 billion on different housing initiatives over the next 10 years.

The party has also made a $2 billion commitment towards Indigenous housing, including $360 million for housing in Inuit Nunangat.

Kistabish also touts the party’s plans to combat climate change, which expands on the existing carbon tax and calls for the development of new low-carbon technologies, with the goal of creating a net-zero electricity grid by 2035.

“Climate change is so much more evident here [in this riding],” she said. “Wildlife is moving farther north as a result. This is creating changes for communities that rely on harvesting, like mine.”

Kistabish also highlights the need for mental health services in the riding, particularly in its Indigenous communities. To address that, the party has said it will invest $1.4 billion in Indigenous-focused mental health and trauma care if it forms government.

Kistabish is currently touring the riding, with plans to fly to Kuujjuaq sometime this week. That makes her the only candidate to visit Nunavik during the campaign.