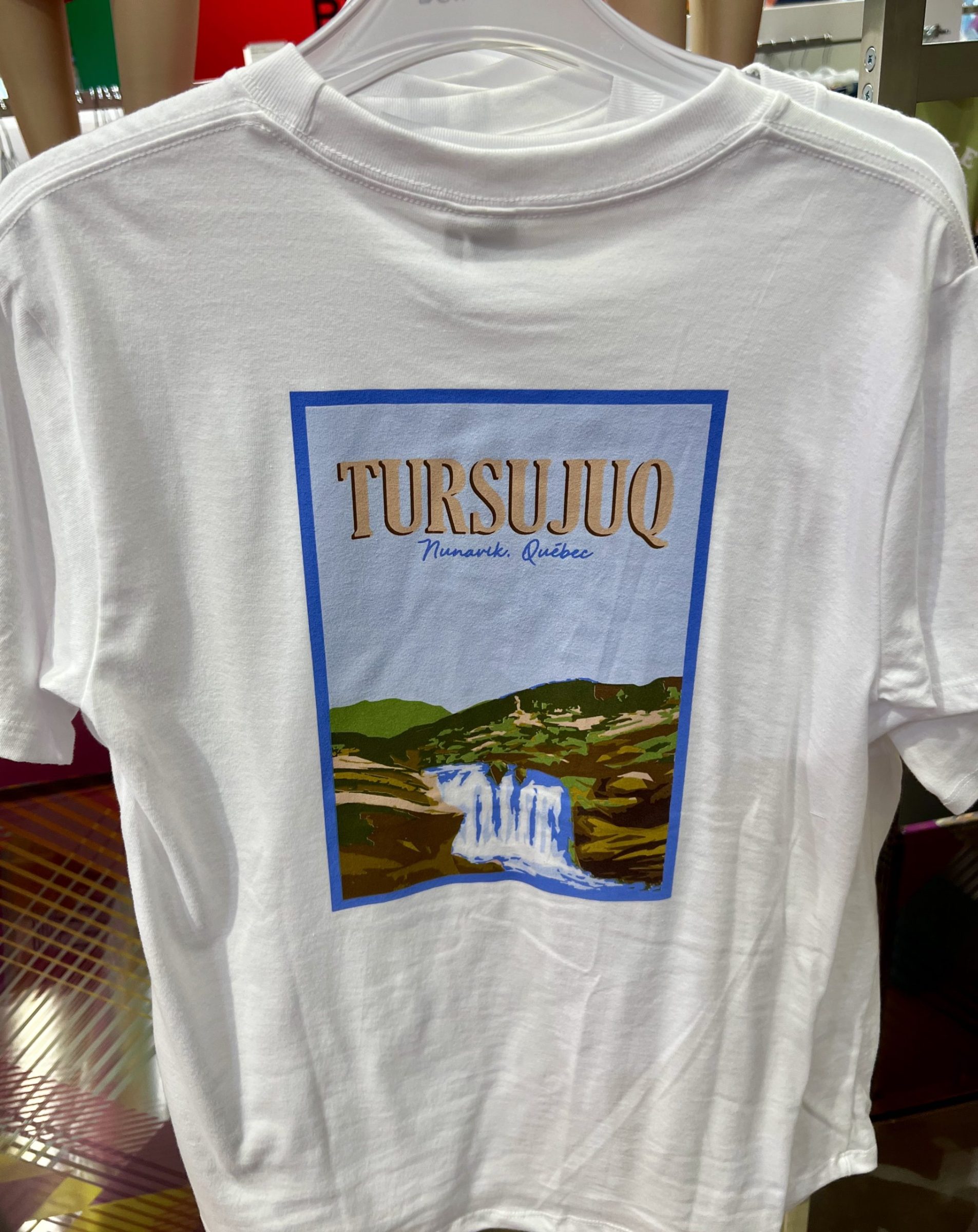 Nunavik’s Tursujuq National Park is featured on a T-shirt collection sold by Simons department store. The shirt is being sold partly to raise money for the Canadian Parks and Wildlife Society. (Photo by Madalyn Howitt)

A new T-shirt collection at department store Simons is shining a light on some of Canada’s biggest national parks, including one in Nunavik.

An illustration of Tursujuq National Park, located near Umiujaq and one of the largest protected areas in North America, is one of three national parks featured in the Great Outdoors collection, a T-shirt collaboration between Simons and the Canadian Parks and Wilderness Society.

Strathcona Park in B.C. and Wood Buffalo Park in Alberta are also part of the Great Outdoors series.

Tracy Walden, the national director of communications and development for the parks and wilderness society, said in order to narrow down the choices of which parks to feature, the team at Simons chose which regions of Canada they wanted to focus on, and a team from her national office selected the parks to recommend.

“They chose ones near and dear to them,” Walden said.

Tursujuq Park was chosen, said Walden, because of its “amazing Indigenous-led conservation successes” that include announced extensions to the park area.

Walden said Simons will donate $5 dollars for each $59 shirt, or 8.5 per cent of its cost, to the Canadian Parks and Wilderness Society for its conservation work.