“The more we understand, the better we can do our jobs” 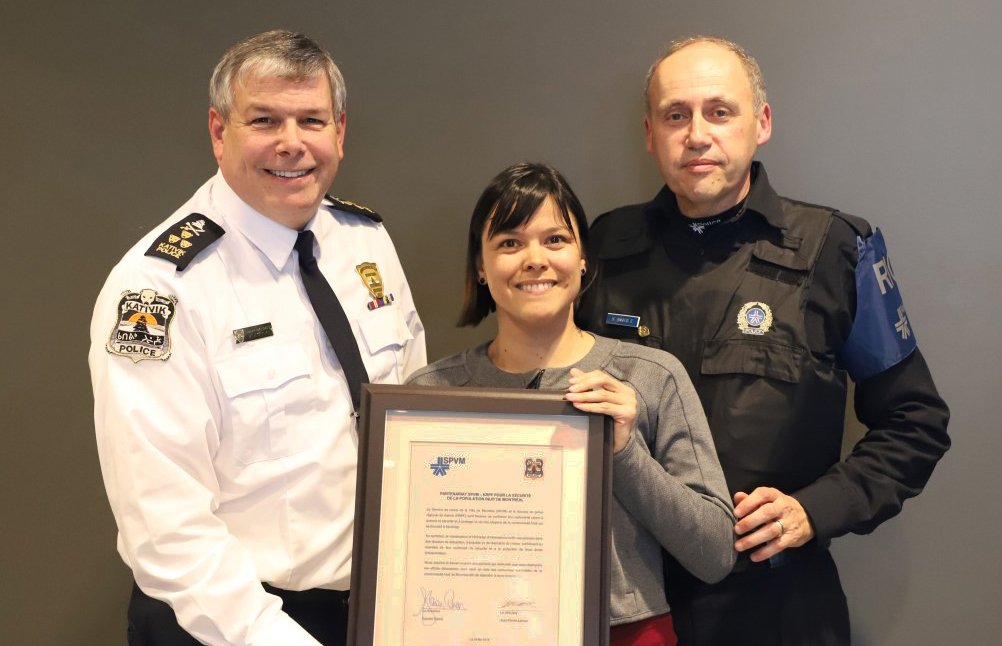 “There were informal exchanges before,” Larose said of the two police forces. “But we wanted to make it official.

“We’ve had a few recent examples of Inuit living in difficulty in Montreal where we asked: how can we help? How can we develop a better relationship with Montreal police?”

The collaboration aims to clarify officers’ roles and responsibilities in cases that involve Nunavimmiut, so each police force knows who to call for certain information. Police can also help out with each other’s investigations, as needed.

Organizations in Montreal estimate that there are now 1,400 Inuit living in Montreal, the majority of them from Nunavik.

The SPVM said there were 101 Inuit reported missing in the city in 2018, all of whom were eventually located.

“We had a recent example of someone who had gone missing [in Montreal] whose family in Nunavik had no way to check up on them,” Larose said.

“And from where they are, it’s difficult to fill out a missing person report,” he said.

“Now, we can be that contact with Montreal to prompt that investigation and have them open a file.”

In that case, the missing person was located, safely, within a few days, Larose said.

As the Inuit population in Montreal grows—as well as the number of homeless Inuit in the city—the SPVM has become more proactive in offering culturally appropriate support and services to Inuit newcomers.

The SPVM now does mixed patrols of the city that include Inuit case workers and also has on staff an Aboriginal liaison officer, Carlos De Angelis.

D’Angelis attended the recent Kativik Regional Government meetings in Kuujjuaraapik on Thursday, May 30, to talk to regional councillors about the force’s work.

The new agreement comes as the National Inquiry into Missing and Murdered Indigenous Women and Girls releases its final report.

The commission heard a number of stories from Inuit families whose loved ones died in cities, thousands of kilometres away from home, and of the challenges they faced trying to get information from authorities.

The inquiry prepared a separate report for Quebec, which issued a number of recommendations aimed at policing in the province.

Among them is a call to Quebec’s Ministry of Public Security to “coordinate between the various police forces to provide Indigenous people with access to effective public safety services regardless of jurisdictional barriers.”

For its part, the KRPF is working with Université Laval to develop more thorough training on Inuit culture for its officers, as well as for new recruits ahead of the interview process.

“We have to put in place a mechanism in which police and Indigenous people work to each other’s benefit to improve the trust and relationship with each other,” Larose said. “There’s still a lot of ignorance.

“The more we understand, the better we can do our jobs.”