Co-op warehouse and fuel truck were destroyed in Feb. 12 blaze 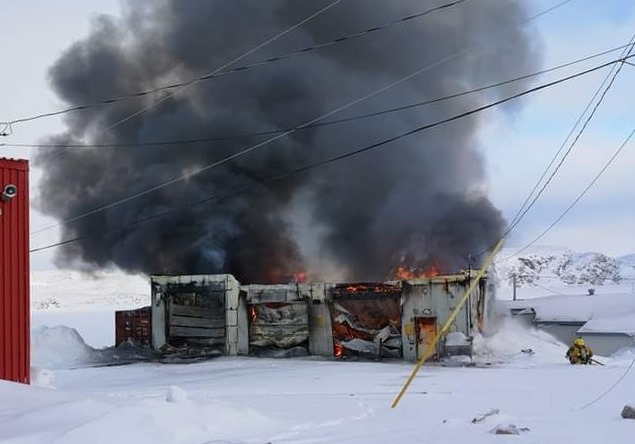 Nunavik police are investigating what could have started a Feb. 12 fire that destroyed a garage in Ivujivik. (Photo courtesy of Ilagiisaq)

Nunavik police are investigating what caused a Feb. 12 fire that destroyed a warehouse in the Hudson coast community of Ivujivik.

The garage was used to store the co-op’s fuel truck, which was destroyed in the blaze, along with the building itself.

Two Kativik Regional Police investigators were sent to the community to determine the cause of the fire, according to the force.

No one was injured in the fire, according to Ilagiisaq in a Wednesday news release.

While the garage was completely destroyed, the blaze did not spread or damage any other infrastructure in the community of about 450 people.

The community’s only ambulance was also kept in the garage, though firefighters were able to remove that vehicle before the fire spread.

Fuel deliveries to residents and to the airport continue as planned, according to the release.