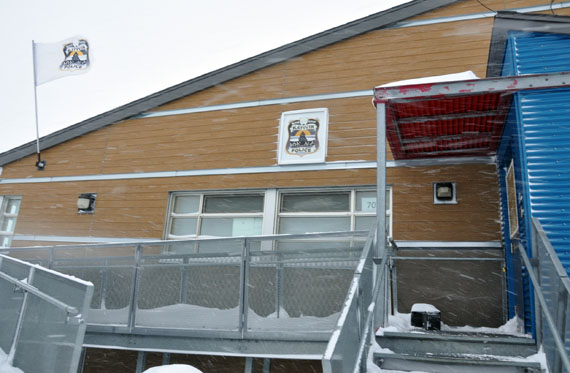 A teenager from Puvirnituq has been charged with attempted murder and assault after he allegedly stabbed two people in the Nunavik community last month. (File photo)

Police are investigating a Nunavik stabbing that left two people injured—one of them critically.

Both were treated at the local hospital. One sustained life-threatening injuries and is currently listed in critical but stable condition, the KRPF said.

Police arrested a 19-year-old suspect on the scene, who was scheduled to appear in court late on June 29.

But the KRPF could not say what charges the suspect faced; the investigation has since been handed over to the Sûreté du Québec.

The KRPF also responded to another violent incident in the Hudson coast community of Umiujaq last weekend.

On the evening of Friday, June 26, a 28-year-old man allegedly drove his SUV into an all-terrain vehicle, severely injuring the two passengers.

Both victims are listed as in stable condition, the KRPF said in a June 29 news release.

Police said that preliminary investigation suggests the collision was intentional and related to conjugal violence.

The suspect surrendered himself to the KRPF the following day, on June 28, but charges are pending. This investigation has also been handed over to the SQ.