Estimated street value was $21,000, according to news release; no word on arrests 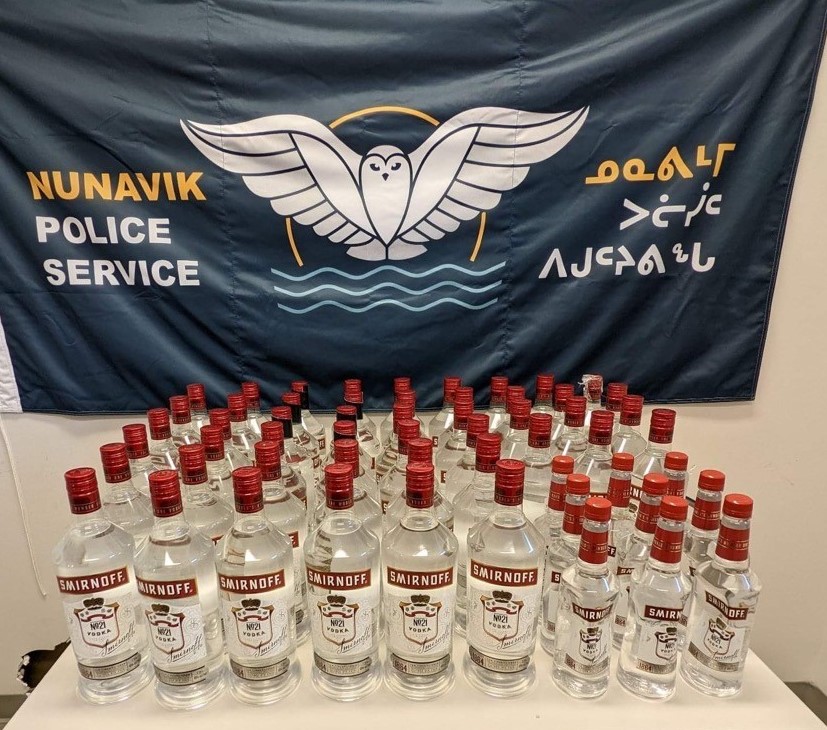 Police in Kangiqsujuaq say they seized a load of contraband alcohol Oct. 12 at the community’s post office.

According to a news release from Nunavik Police Services, the seizure included nine parcels of Smirnoff vodka — 48 1.57-litre bottles and nine 750-millilitre bottles.

Police estimated the street value of the seizure was $21,000.

Nunatsiaq News emailed Nunavik police asking if any charges had been laid or if it was continuing to investigate the seizure, but did not receive a response at the time of publication.

This is the second contraband alcohol seizure Nunavik police have announced in less than a month.

On Sept. 27, officers seized 26 bottles of vodka, 104 grams of cannabis and 200 contraband cigarettes at the airport in Ivujivik, according to a Sept. 29 news release. The value of that seizure was estimated at $10,000.